After introducing the “one nation” theme last year, Ed Miliband adopted the slogan “Britain can do better than this” in his speech yesterday. In doing so, he drew inspiration from an unlikely source. As the image below shows, Miliband’s new motif is uncannily similar to the title of Labour’s 1997 manifesto: “because Britain deserves better”.

Peter Mandelson, for one, will be pleased. Earlier this week, in an article for the FT, he wrote that “One Nation is a good line for a banner but needs an argument to support it nd to set out an alternative. In 1997, our rallying cry was ‘Britain deserves better’. It is time to bring out a new, distinctive version of this election-winning argument.”

He may have kept his promise to “turn the page” on New Labour but, on this occasion, Miliband borrowed unashamedly from the Blair playbook. 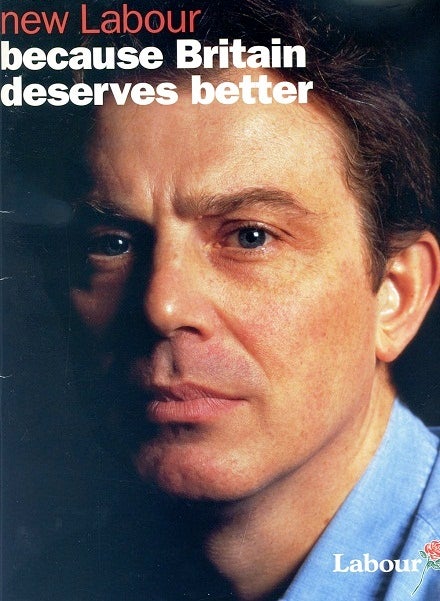