After Eric Pickles said at the weekend that immigration from Romania and Bulgaria would “cause problems” and could lead to housing shortages, UKIP has wasted little time in exploiting the issue. The party has added a clock to its website counting down the days until 1 January 2014, the moment when transitional controls on migrants from the two newest EU member states expire. 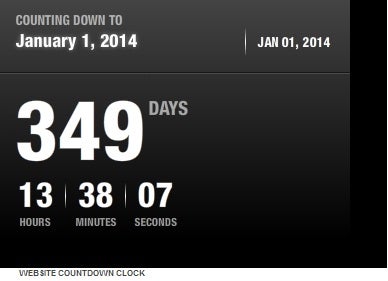 With European elections due to be held in June 2014 (a ComRes poll at the weekend put UKIP in second place on 23 per cent, a point ahead of the Tories), the party intends to make it a major campaign issue. As polling by Lord Ashcroft recently showed, a significant chunk of UKIP’s support derives from concern over immigration.

The removal of immigration controls on Bulgaria and Romania is unlikely to lead to an influx comparable to that from the eastern European accession countries in 2004 (the Labour government forecast that just 13,000 a year would emigrate to the UK; the actual figure was 300,000). As Scott Blinder, the director of the Migration Observatory at the University of Oxford, notes in a piece for Comment Is Free, “Romanians and Bulgarians have had open access to the UK, if not its labour markets, for six years already, so many of those who would be interested in travelling to and living in the UK have already come”.

In addition, unlike in 2004, when only the UK, Ireland and Sweden opened their labour markets to new EU arrivals, in 2014, all EU member states will do so. As many, if not more, Romanians and Bulgarians will migrate to Italy and Spain, where large diaspora populations already exist, as to the UK. Finally, while the combined populations of the 2004 accession countries is around 70 million, Romania and Bulgaria have 29 million people between them, limiting the potential for mass immigration.

But with Cameron powerless to act in the event of a larger-than-expected migration (EU law guarantees the free movement of people), UKIP has every incentive to maximise the PM’s discomfort.