The Sun was undoubtedly right to lead with Hillsborough on its front page this morning. It would have been hopelessly evasive to relegate the story to a later section.

Some have accused the paper of attempting to divert the blame for its smears onto the police, as Kelvin MacKenzie did yesterday (“I too was totally misled”). But its editorial, at least, offers something close to an unconditional apology. 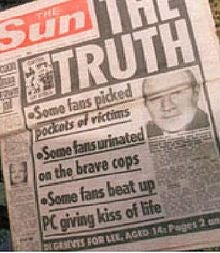 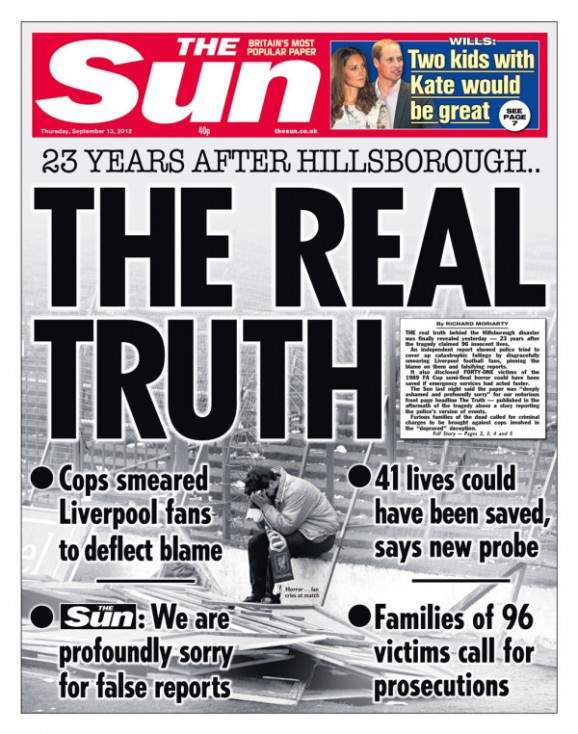 [I]t is to the eternal discredit of The Sun that we reported as fact this misinformation which tarnished the reputation of Liverpool fans including the 96 victims.

Today we unreservedly apologise to the Hillsborough victims, their families, Liverpool supporters, the city of Liverpool and all our readers for that misjudgment.

The role of a newspaper is to uncover injustice. To forensically examine the claims made by those who are in positions of power.

In the aftermath of the Hillsborough tragedy we failed.

This isn’t the first time that the title has attempted to make amends for its coverage of the deaths. In 2004 after Wayne Rooney was criticised for selling his life story to the tabloid, it ran a full-page editorial, stating that it had “committed the most terrible mistake in its history”, and apologising “without reservation”. Rooney, it said, should not be punished for its “past sins”.

That apology was not accepted and, one expects, this one won’t be received any differently. Merseyside’s 23-year boycott of the paper, which led sales in the area to fall from around 55,000 a day to 12,000, will almost certainly continue (many newsagents refuse to stock it as a matter of principle), and suspicion will persist that the paper’s real motive is a commercial one.

Hillsborough, unsurprisingly, is on the front of almost all of today’s papers (the Mail’s front page is particularly poignant), with the notable exception of the Daily Telegraph which, bizarrely, makes no reference to the story on its front page. The Daily Express, meanwhile, acknowledges a “shocking cover-up”, but rather spoils the effect with its main headline, “Migrants blamed for surge in crime”.