My brief in a nutshell is to describe Gibraltar’s property market over the past decade or so. Below is a chart which helps to tell that story in graphic form. As you can see, it certainly paints a pretty picture. When viewed against the fairly disastrous backdrop of western economies (and their respective property markets – save for London) over the past six or seven years, Gibraltar appears to be a great success story.

But does it all look a bit “too good to be true”? In order to make that judgement, it’s only fair that the reader be presented with some of the facts, so stick will me a little more.

Gibraltar is a British Territory and not a colony, as popularly believed, and is self-governed.  We enjoy a stable, democratic, multicultural, low-crime environment – but that’s not all. Economically, the Rock is strong. In his budget speech this June the Chief Minister announced GDP growth was estimated at 10.2 per cent for the tax year 2013/14, that gross public debt stands at 32 per cent of GDP, with net public debt at 25 per cent of GDP, and that the budget surplus for 2013/2014 is estimated to be a record £65m, 4.6 per cent of GDP. Furthermore, it was announced that Gibraltar ranked in the top 20 globally for GDP growth and placed in the top 10 ranking of GDP per capita.

I won’t bore you with any more detail on stats, budgets and charts but will say this: the dotted blue line on our graphic (above) shows the GDP trend up to 2013. While it cannot perhaps be said to have a direct bearing on property sales figures, it certainly underpins a record of increasing strength in our economy.

So how did this all come about? Gibraltar’s property market really began to take shape back in the mid to late 90s (it is interesting to note that prior to 1990 only 5 per cent of Gibraltarians owned their own home). Through a targeted effort by local government in providing low-cost properties to locals during this period, owner-occupier figures soon rose to over 35 per cent and began what we know as the market today.

It’s important that we remember that back in the 1990s, our market was principally driven by a one-tier sector (the low tier). At this time, rates per square meter averaged around £850/sqm (compare this with boroughs in London today where property can sell for over £10,000/sqm) and the majority of our buyers were invariably all of local origin or with some organic connection to Gib.

It was the advent of a growing financial centre on the Rock during the late 1990s that created a new platform in our property market which swiftly developed into a three-tier market (low – mid – high); one which could cater for all sectors, albeit still at prices which by comparison to competitor jurisdictions – such Jersey, Guernsey, Monaco, and Switzerland – were (and remain) low. As was the case with most western economies, the property trend between 2000 and 2007 was bullish, and in our case was steered primarily by a burgeoning economy in which the financial sector, online gaming and port related activity formed the major thrust of growth. The graphic above clearly shows how both “average house price” stats rose, with the green line excluding the top 10 per cent high value sales.

You will be forgiven for assuming that in Gibraltar we too suffered from that fateful calamity which is now known as the “credit crunch”; or as George W. Bush so finely put it: “Wall Street got drunk and now it’s got a hangover”. Property prices did see a dip over a 24 month period, but not because of an economy in decline; rather an overheated speculative market with a little too much stock. In other words, that peak that you see in 2007 was driven purely by speculative investors.

The following 24 months were not easy, and like other property markets around the world we were heavy in stock and light on buyers. However, unlike other markets, it took Gibraltar all of just two years to turn it around. 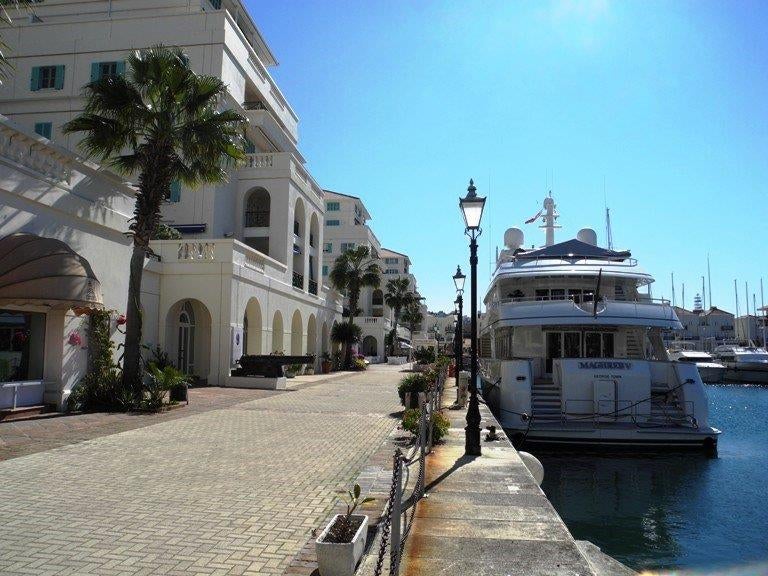 Clearly our strong economy (that blue dotted line) has been the overriding factor in the recovery of the market over the past four years. The current climate continues to be positive and is likely to improve further. For three years (since 2011) we have witnessed the market harden up and prices slowly improve; 2013 underpinned this further with a marked increase in “high value” sales. Demand has continued in line with the growth in the economy and we have seen property prices (particularly in the high value market) over the past three years increase by up to 40 per cent in some areas, but averaging out at around 20 per cent.

Key to all of this is the fact that unlike our last property boom in 2007, which was speculatively led, today’s prices are geared by an owner-occupier market. That is to say, those who drive Gibraltar’s property market currently are existing users working and residing in Gibraltar, as opposed to speculators which, in buoyant environment with over-development, will tend to overheat the market with sometimes dangerous consequences. The fact that the property sector is steered by owner-occupiers also suggests that the market is strong and stable with real demand outstripping speculative demand – this says a great deal about the strength of the economy and the attraction of living and working in Gibraltar: English-speaking, great schooling, low crime, sunshine, well-regulated finance centre, stable economy, multi-cultural society……need I say more?

Of particular interest is the high value sector which over the past two years has matured markedly. In fact, it has matured to an extent that we are potentially seeing a four tier market: low, mid, high and a new high with an increase in £1m-plus property sales. This is one area to keep a watchful eye on, as we are beginning to see interest from new high value players who years ago would just not have considered the Rock. This, in my view, says a great deal about the future.

So after weathering the financial downturn, as always will remain cautiously optimistic. At BMI Group, the Gibraltar real estate company which I direct, our sales volume has been on the rise since 2011. Last year kicked off as the best year we have had since 2007, with 2014 already shaping up too with similar forecasts. So, is Gibraltar’s property market too good to be true? Well, I like to think not, but it’s your call.