Tell us a bit about the history of the Gibraltar Broadcasting Corporation (GBC); when and why was it founded?

GBC dates back to 1963, when Radio Gibraltar (opened in 1958) and Gibraltar Television (opened in 1962) merged to become Gibraltar’s public service broadcaster. GBC was housed in the historic stone fortification, Wellington Front, where the various chambers were converted to radio and TV studios, as well as other operational areas and offices. It was all very low budget, but captured the public’s imagination and resulted in a big local following for both the radio and TV services.

What were Gibraltar’s TV and radio stations like in the early days, and how have they evolved?

The original Radio Gibraltar was on air from 8am till midnight, with a variety of programmes in both English and Spanish. The station came into its own in 1969 when the land border with Spain was closed by the Franco regime. During those years people on both sides of the frontier used the radio station to transmit messages to each other, as it was the sole means of communication between the two communities.

Gambling Bill in the UK – an international issue

As the years progressed, Radio Gibraltar’s programming became more modern to reflect a similar style of radio as in the UK, and during this time it amassed Gibraltar’s largest music collection in its record library.

In the 1960s, GBC TV was on air in the evenings only (this is still the case today). It was the only English-speaking channel in the area. GBC’s programmes were therefore extremely popular, and consisted of imports as well as locally produced shows. In the 1970s and 80s, programming hours were increased on weekends to provide afternoon entertainment for the Gibraltar community confined to the Rock as a result of the closed border.

Between 1978 and 1980 GBC moved to its current home, Broadcasting House, resulting in colour TV and stereo FM transmissions. Facilities were a far cry from those available previously, leading to much improved programmes. The re-opening of the frontier in the mid-80s provided the opportunity for a wider selection of programmes too.

However, the advent of satellite TV in the late 1980s meant that many of these programmes suddenly became available on many other channels, which seriously affected GBC’s ability to compete.

GBC’s remit is to inform, educate and entertain. Radio Gibraltar has been very successful in this role for nearly six decades, and especially so over the past 10 years. Under the strapline “Loving Life on the Rock”, the station follows a daytime format of self-presented shows, music, and three news hours. On TV, some of our most popular programmes include a nightly local news bulletin “Newswatch”, a weekly current affairs programme, “Viewpoint”, a fortnightly community programme, “Talk About Town”, and a weekly half-hour sports news programme, “Sports Report”. Gibraltar’s parliamentary sessions are also carried live every month on both radio and TV.

Competition posed by satellite TV, as well as a lack of proper funding, meant that GBC TV lived through its worst years from the early 1990s until a couple of years ago. The current Gibraltar government acknowledged the fact that, without a substantial investment in technology and people, it would be impossible for GBC to make any improvements to its services. GBC TV’s facilities have been substantially upgraded to full high definition (HD), with funds also made available to increase production budgets and to recruit additional personnel. This has resulted in a dramatic improvement in programming, 70 per cent of which is now locally produced by GBC’s in-house production team.

Broadcasting has changed significantly in the past 50 years. What have been some of the biggest challenges the GBC has faced during this period?

The biggest challenge for GBC over the years has been the introduction of satellite TV, which has brought hundreds of channels offering an international programme choice with which GBC cannot compete. GBC’s strength therefore lies in its local programme output.

Under-investment has also been a big challenge, as a result of which GBC’s premises have deteriorated badly over the years. Although some works have been carried out recently to improve the working environment, there is still a crying need for the corporation to be relocated to more suitable premises. Technically though, there has been a major investment in the last couple of years that has resulted in a total upgrade of infrastructure and equipment. The Chief Minister, Fabian Picardo (who is also the Minister for Broadcasting), has been instrumental in the approval of the funds required for the project to materialise.

What kind of space does the GBC have in Gibraltar’s community?

GBC has a huge following. A recent survey suggested that 69 per cent of potential viewers watch “Newswatch” regularly, which, per capita, is an incredible number of people. In fact, the vast majority of GBC’s local TV programmes attract a higher percentage of viewers than most programmes in the UK.

GBC has gone through some very difficult times in recent history which has dented the public’s trust, but the new improvements are bringing viewers back in large numbers, and the live broadcast of special events helps gel the community. This is also true of Radio Gibraltar, which since those closed frontier days, continues to be a much loved institution by most listeners.

Does the size and intimacy of Gibraltar’s community ever make it difficult to be a journalist and broadcaster?

GBC prides itself in providing a totally impartial news service, as prescribed by the Broadcasting Act and associated codes of conduct. We are regulated by the Gibraltar Regulatory Authority, with whom stakeholders can lodge complaints should they feel the public service broadcaster is contravening any of these codes.

One form of journalism that is very difficult to do is covert investigative journalism, given that everyone knows everybody else. However, our journalists do not shy away from asking what some might describe as awkward questions. One anecdote that illustrates how quirky Gibraltar is, in respect of its size, came during my time as a presenter on Radio Gibraltar, when during a live show I was trying to take the mickey out of a female listener, who promptly retorted that I should mind my words as she knew my mother! I was already in my 40s at the time!

Surprisingly, despite Gibraltar’s small size, there is a lot of news to report. The Rock has a thriving economy, receives millions of visitors every year, and is a highly politicised place with respect to home and foreign affairs. This provides the basis for news bulletins containing stories of reasonable weight, which would simply not be the case in towns of a similar size in larger countries.

“Covert investigative journalist is very difficult, given that everyone knows everyone”

How have some of the big media trends we’ve seen in the UK – such as the rise of citizen journalism and social media – been playing out in Gibraltar over the past few years?

Television and radio as we know it is changing very fast, with the greatest impact coming from leaps in technology, as well as from social media. Two years ago, we made a sizeable investment in the upgrade of our TV systems from SD (standard definition) to HD (high definition), but no sooner had we done that, the buzzword became 4K, or Ultra HD. It is inevitable that a further upgrade will be required in just a few years.

Social media is also a major influence on the way the media operates. Like other broadcasters, GBC has embraced social media to a high degree, and our journalists are very active on Twitter and Facebook.

Smartphones have also given members of the public the appetite to involve themselves more in citizen journalism, which is likely to continue influencing news organisations going forward, and will challenge  us to adapt and keep pace with the speed with which news now travels. 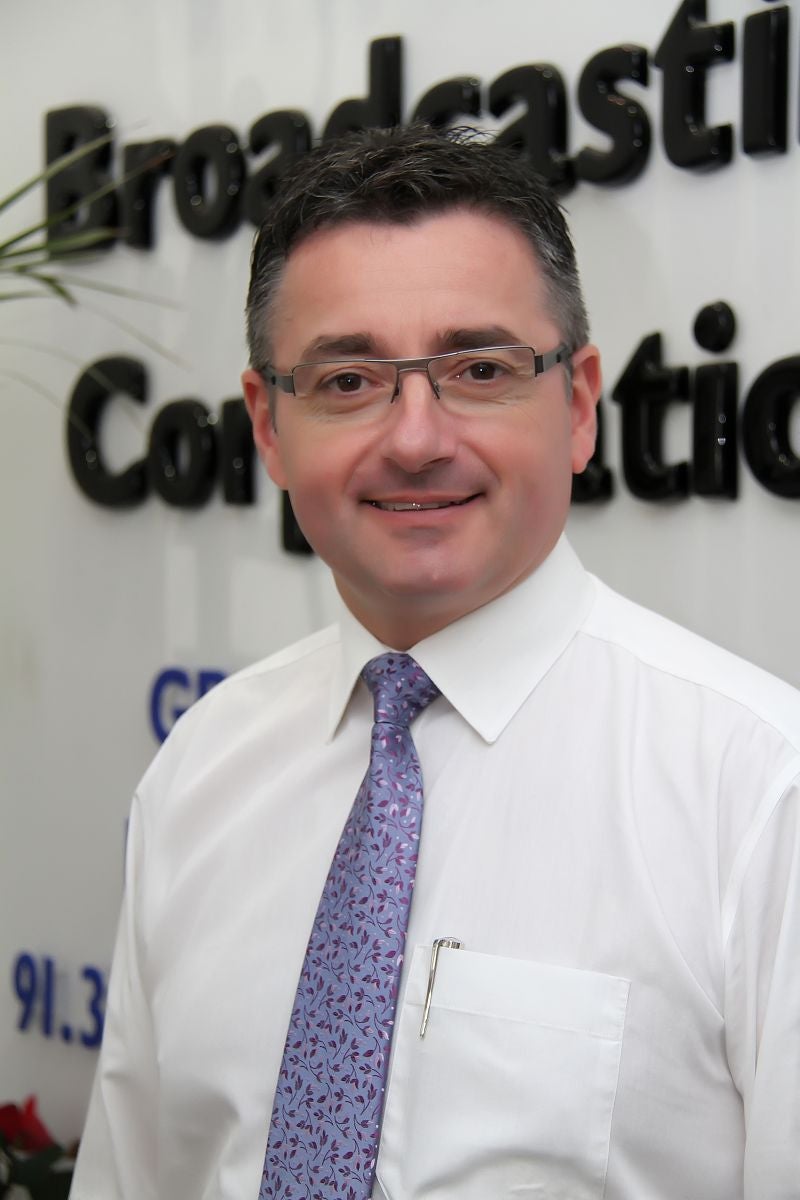