The phrase “1 per cent” usually conjures up images of perma-tanned oligarchs on superyachts, but a very different 1 per cent is now telling another profound story about the modern world: it is the proportion of the world’s population that is forcibly displaced, as of this year.

Refugees have reached record numbers, doubling in the past decade. Now, according to UNHCR statistics, 84 million people are internally displaced, refugees or asylum seekers. More than two-thirds of them are from just five countries: Syria, Venezuela, Afghanistan, South Sudan and Myanmar. Since the fall of Afghanistan to the Taliban this summer, characterised by harrowing footage of desperate people clinging onto planes as they took off from Kabul airport, the number of Afghan refugees is expected to surge.

It can also be deadly to flee, particularly by boat: the International Organisation of Migration’s “Missing Migrants Project” finds that at least 18,786 people have died on the central Mediterranean route since it began recording migrant deaths in 2014. The project has noted a recent sharp increase in deaths and disappearances at sea of migrants trying to reach the Canary Islands.

The risks that people who are desperate to escape persecution, war and poverty are willing to take became bleakly clear when 27 migrants drowned trying to cross the Channel from Calais to reach British shores in November. The group are believed mainly to have been Kurdish people from Iraq and Iran. They boarded an inflatable dinghy – “like a pool you blow up in your garden”, according to French interior minister Gerald Darmanin – to sail across one of the world’s busiest shipping lanes for a chance of life in the UK.

V is for Variants: The Alpha and Omicron of Covid-19’s journey so far 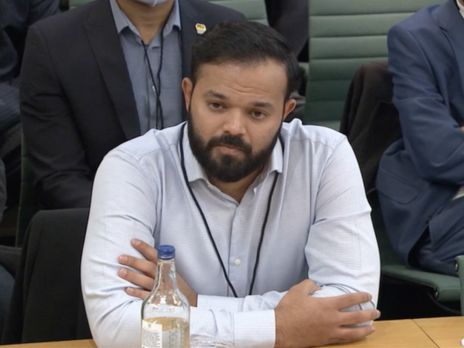 Y is for Yorkshire cricket: A racism scandal at one of England’s most successful county clubs rocked the cricketing establishment

In the aftermath, one survivor of the disaster called Mohammed Shekha, a 21-year-old shepherd from the Kurdish region of Iran, was back in Calais telling his brother he was preparing to try to cross the Channel again: “I’m doing this for my family. If I come back, I can’t make a living. I’m going to try again.”

This determination comes regardless of the hostility of destination nations, as the bleak legal limbo for migrants trapped at the Polish/Belarusian border exposed. Tens of thousands of migrants have been arriving in Belarus, with the hope of crossing into the EU – a route that has been promoted by the Belarusian authorities – since July. Many have then been trapped in the border areas for weeks with little access to food and water because of “pushbacks” by Polish border guards and being forced by Belarusian officials to try and cross.

An absence of safe and legal routes ignores the inevitability that people are on the move – and that the future is one of mass migration, as the impact of climate change, industrial automation and demographic imbalances accelerate the relocation of future generations.