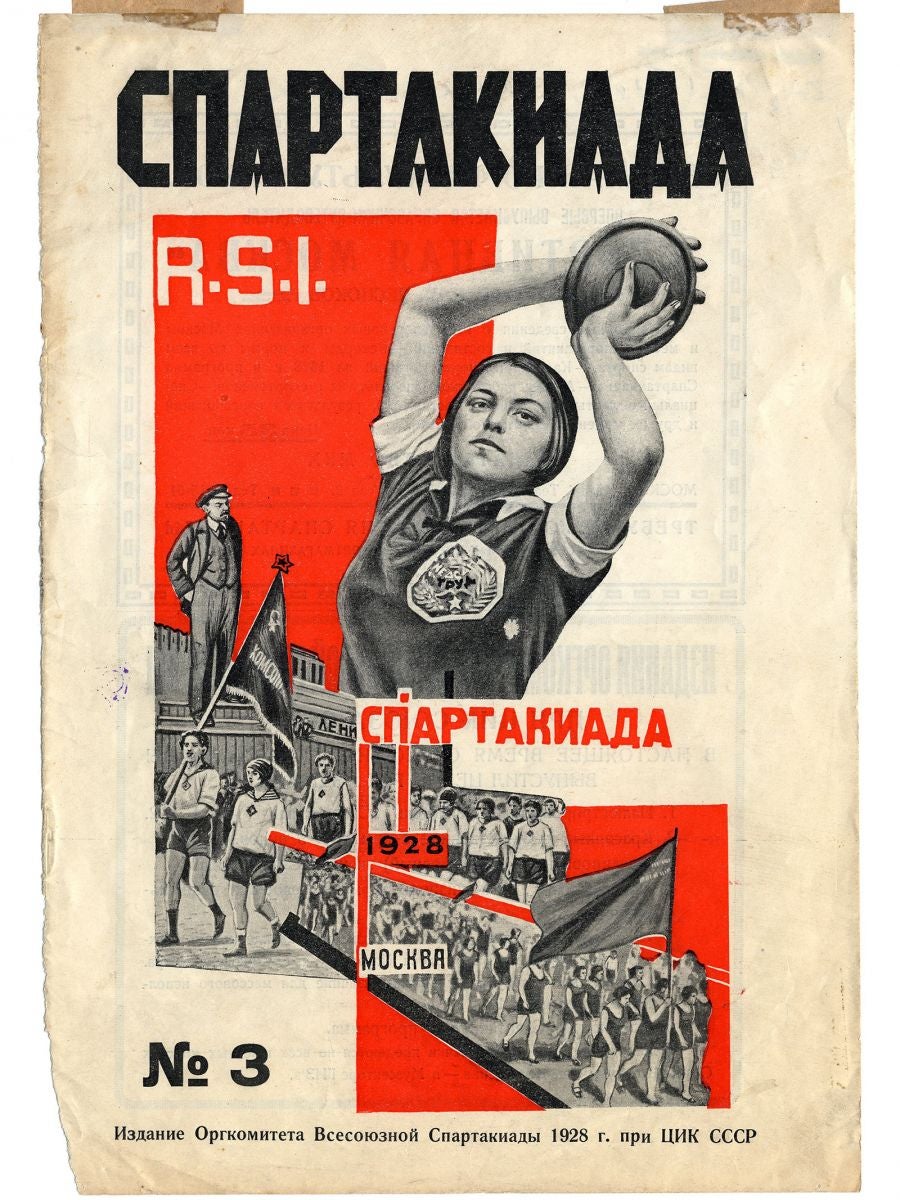 One of the satisfactions of the utopia promised by the Bolsheviks in the aftermath of the Russian Revolution was a 37-hour working week. Building the new Soviet Union was going to be hard work, so it should not entail tiring its citizens to the point of exhaustion: the Stakhanovites were then still in short trousers. As a result of this directive, the Soviet people had – in theory, at least – time on their hands, and in the state’s view some of that leisure should most profitably be used in sport.

Sport would build up healthy bodies in a population ravaged by civil war, malnutrition, typhoid and poor living conditions and in doing so foster a healthy society, since playing together was another aspect of living together. Before the revolution, sport in Russia had been largely aristocratic and the Soviets found themselves with little sporting culture and no real sporting infrastructure. So they developed the Spartakiad workers’ games, first held in 1928, which provided the opportunity for mass displays of fizkultura – an amalgam of parades, artistic gymnastics, sport, music and dance. 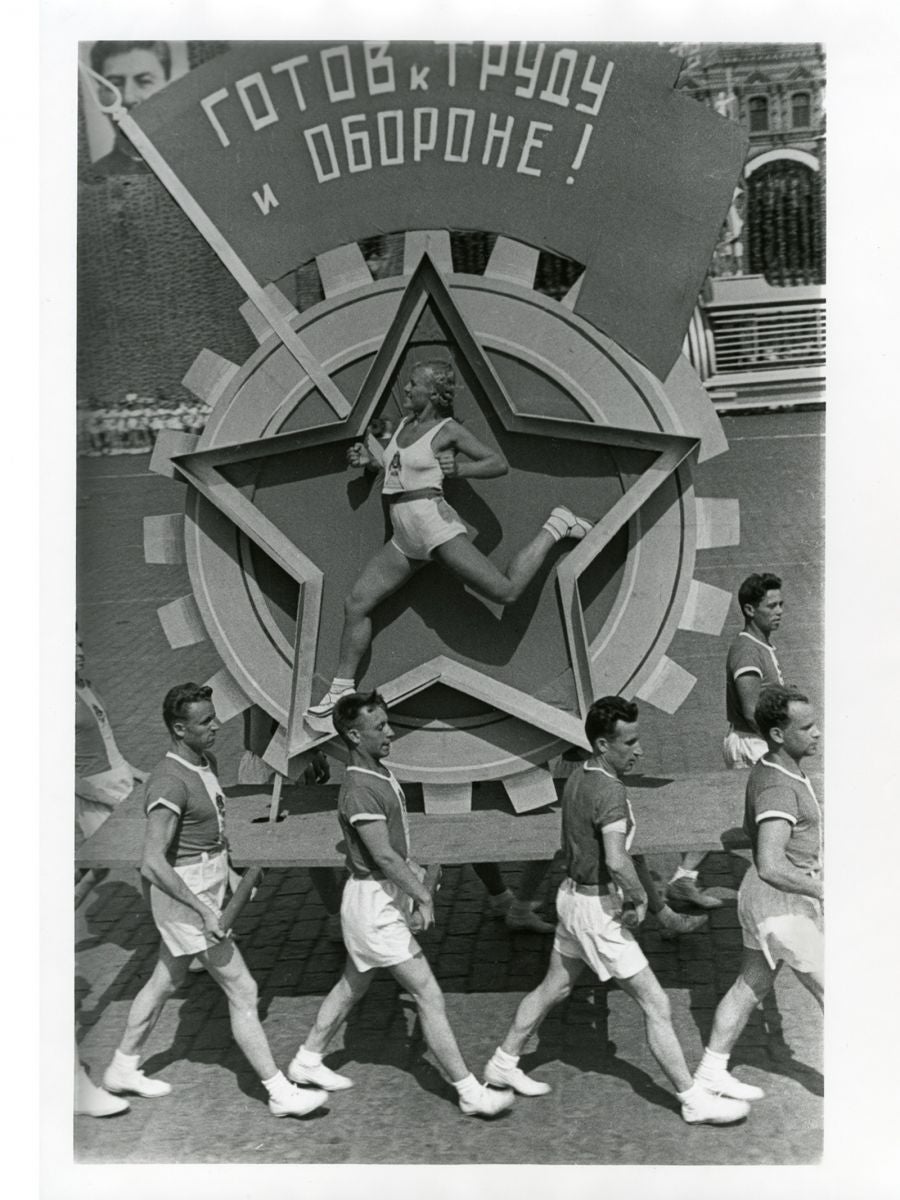 These were non-competitive events: how could there be individual champions when everyone was equal? There were even debates in the 1920s as to whether football should be banned; in the end, it proved too popular. The Spartakiads also took the place of meaningful international sport, because from the mid-1920s a western boycott barred the Soviet Union from global competitions. Russia did not take part in the Olympics until 1952.

To spread the message that mens sana in corpore sano was the new Soviet ethos, artists were drafted in. It was a good match. If sport represented modernity, then remaking the modern world was the driving force behind art in the first decades of the century, the age of the “ism”: it underlay cubism and futurism, as well as the Russian movements constructivism and suprematism. Artists such as Alexander Rodchenko, Varvara Stepanova, Kazimir Malevich and El Lissitzky were enthusiastic propagators of the image of the Soviet “new man” (and “new woman”, since, unlike in the west, women were given an equal place in Russian sport). 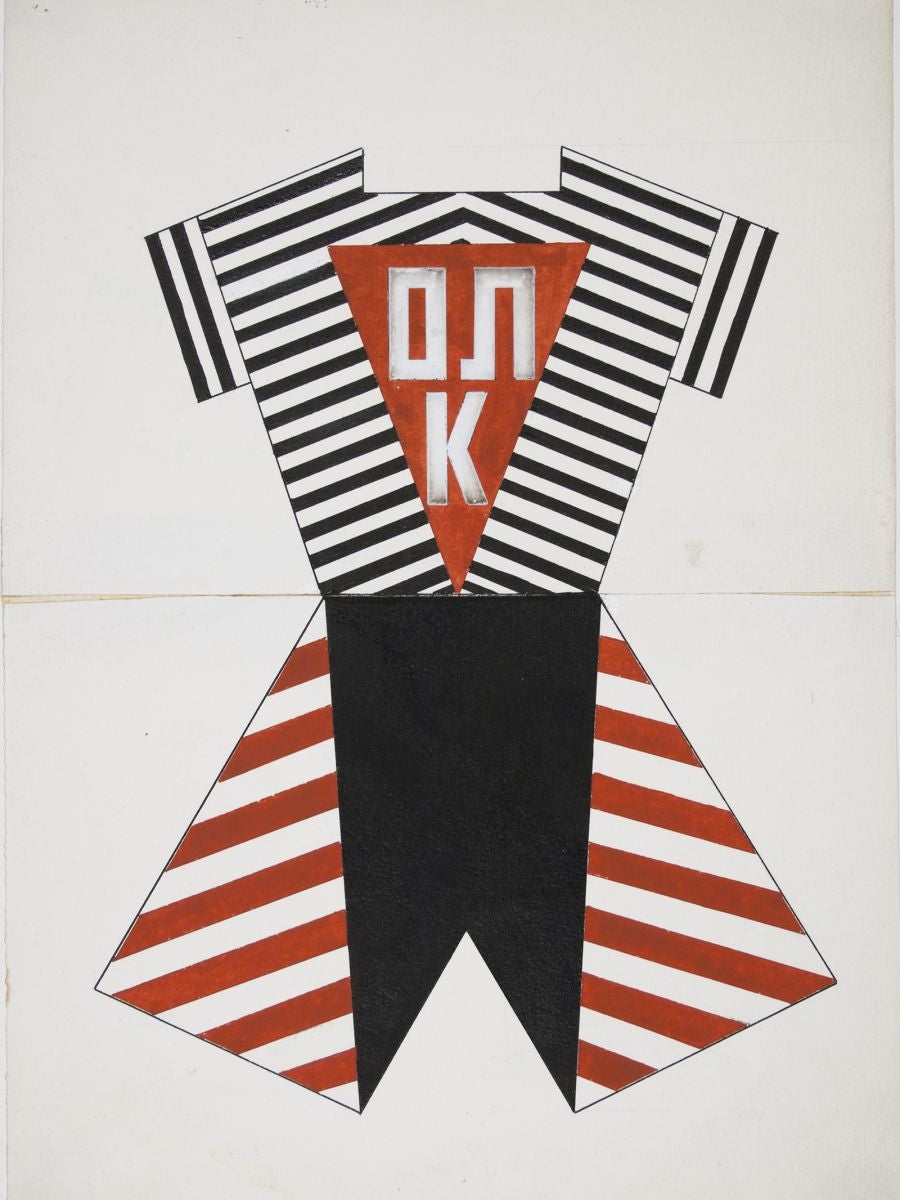 To celebrate the opening of the Sochi Olympics, the Olympic Museum in Lausanne, Switzerland, is staging “The Russian Avant-Garde and Sport”, an exhibition that shows just how close beneath the skin of sport politics has always been in Russia. It is a largely photographic show, because most Soviet artists regarded the camera as a truer implement of the machine age than paint and canvas. This was particularly true of Rodchenko, whose monochrome triptych in 1921 – squares of red, blue and yellow – represented, he thought, the end-point of painting: “It’s all over,” he said.

Having a camera in his hand did not, however, change his aesthetic. If, as a painter, his art involved the careful placing of geometrical shapes in space, then he looked for the same things through the viewfinder. Sport, with its bodily distortions and rapid spatial changes, provided the perfect subjects. He took his pictures from unusual angles and made a diver in mid-air, an athlete spinning off the high bar or a runner crossing the track’s grid of lanes into unfamiliar shapes in a void rather than recognisable bodies in motion. Rodchenko believed that art should be a part of everyday life but that didn’t mean he wanted it necessarily to resemble everyday life. His innovations have become sporting photography’s commonplaces.

Meanwhile, Rodchenko’s wife, Varvara Stepanova, designed a series of striking sports outfits for men and women – shirts and shorts of vivid colour blocks and parallel lines that would have turned the athletes into a migraine blur. Their practicality was less of a concern to her than the way the formal experiments of high art could also be applied to textile design. Modernism was also central to the development of photomontage, which deconstructed reality and then reassembled it. As well as Rodchenko, Gustav Klutsis and El Lissitzky came to specialise in its cubist-inspired fracturing. Klutsis’s designs for the magazine of the Red Sport International in particular wove photographs of shooters or ballplayers into effortlessly stylish compositions whose dynamic architectural strength re-emerged in the style magazines of the 1980s but without the inconvenient political undertow. 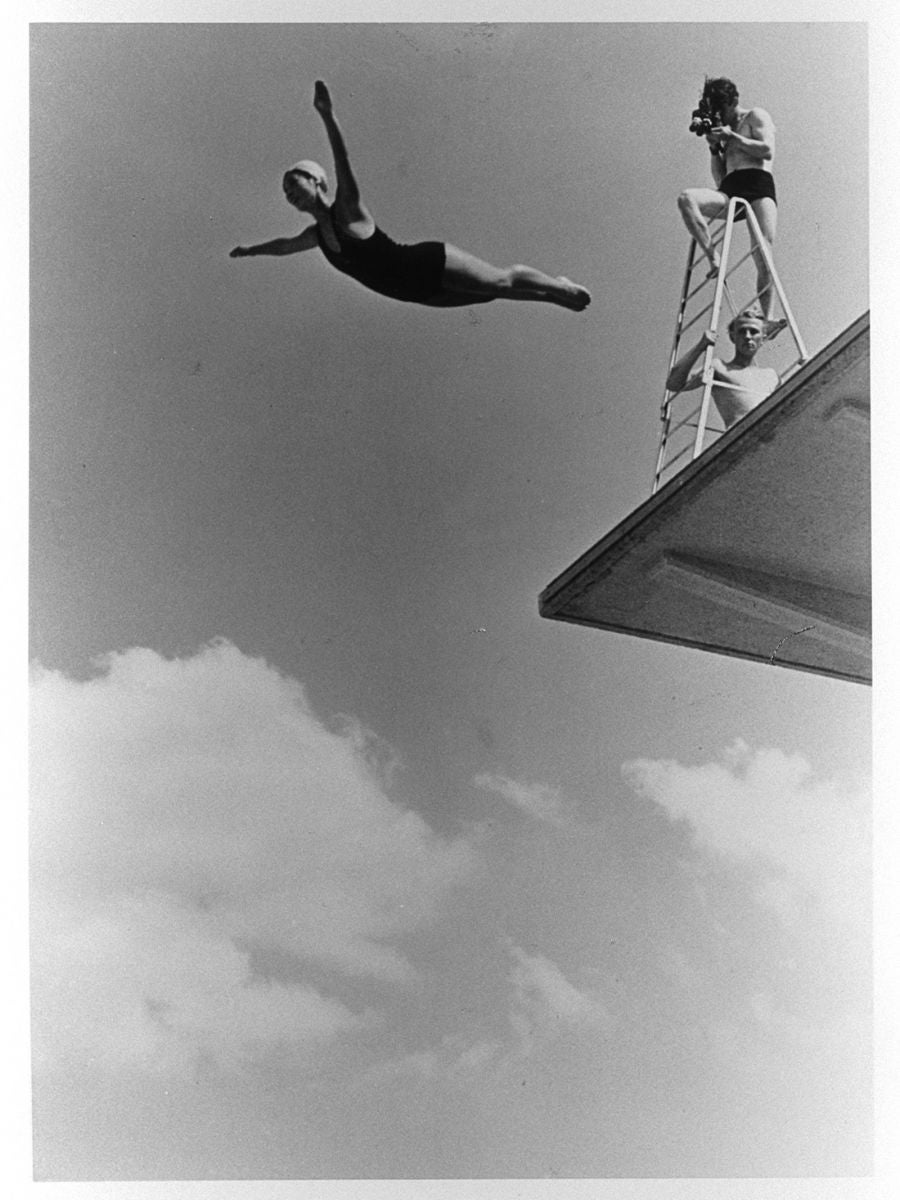 But the avant-gardists had only a short period shaping the brave new world. By the late 1920s, Stalin had declared that socialist realism, with its bombastic idealisation of the worker, was a more suitable manner for projecting communism triumphant. The change was dangerous: Klutsis was shot in 1938; others disappeared into labour camps. Rodchenko kept the faith and in 1933, although he was out of favour, he took a series of propaganda photographs extolling the digging of the White Sea Canal: 200,000 political prisoners died in its construction.

There is irony in how, with this exhibition, the Olympics grandees in their plush, newly opened museum on the shores of Lake Geneva (the last Olympic cycle garnered some $8bn in revenues so museum fund-raising is not a problem) are having a tiny dig at Vladimir Putin about the dangers of mixing sport, art and ideology. One wonders if the irony is intentional. Probably not.

The exhibition runs until 11 May