The extreme heatwave that engulfed the United Kingdom and most of Europe in recent days was not an aberration: it was part of a deadly trend. Twenty of the hottest years since records began in 1850 have occurred in the last 22. In 2003 an estimated 70,000 people died as a result of a European heatwave. The abnormally hot and cold temperatures caused by global warming are now linked to around five million deaths a year. Climate change is not only a danger to future generations, it is a catastrophe for everyone alive today.

The Intergovernmental Panel on Climate Change has warned that there is less than a decade to limit the rise in ­average global temperatures to 1.5°C above pre-industrial levels – the point at which the risk of ­irreversible and ­catastrophic climate change significantly increases. (They are already around 1.1°C to 1.3°C higher.)

But, on the whole, the national and international political response to the climate crisis remains both tragic and farcical. “We ought to enjoy the sunshine,” opined Dominic Raab, the glib Deputy Prime Minister, as the Met Office issued its first ever red warning for extreme heat. Boris Johnson inevitably missed a Cobra meeting on the emergency as he hosted a decadent party for his friends and family at Chequers.

[See also: As the Tory leadership candidates obsess over tax cuts, the real monsters are tapping at the window] 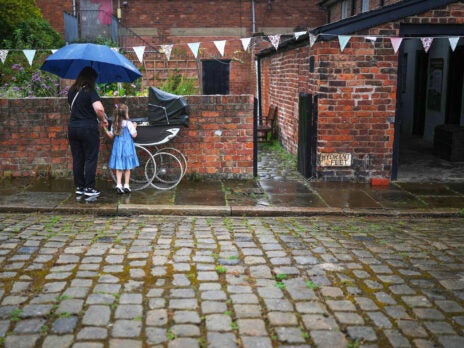 After the storm, the sewage: the suffocation of UK waterways 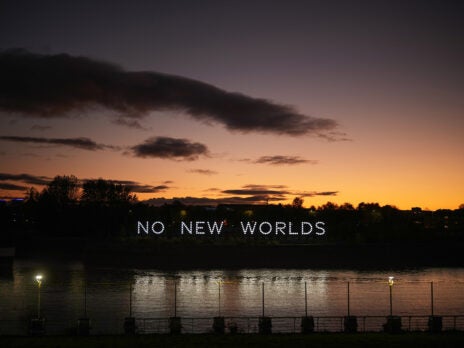 The Conservative leadership candidates rival the Prime Minister in their complacency. As our political editor, Andrew Marr, writes in his column: “The candidates have had every chance but they don’t want to talk about climate change, or what steps need to be taken to slow it down.”

Kemi Badenoch, who was eliminated from the contest on 19 July, has suggested moving the UK government’s 2050 net-zero target back to “2060 or 2070”. Liz Truss and Penny Mordaunt have suggested suspending the green levy on energy bills – an ideological distraction from the true causes of the living-standards crisis. The surge in the price of fossil fuels since Russia’s invasion of Ukraine has only strengthened the case for rapid decarbonisation. But these Tories are not serious about the threats facing Britain and the world, and one of them will soon be our prime minister.

Yet even the greenest UK government would not have sole bearing on the future of planet Earth. It depends on greater international cooperation as well as collaboration between the greatest polluters – the US, China and India. The world’s superpowers ought to lead by example but Joe Biden’s America is struggling to do so. As Adam Tooze writes, the US president’s climate agenda has been derailed by Joe Manchin, the Democratic senator for West Virginia, who has made $5.6m from his coal brokerage firm, Enersystems, over the last decade. Such is the legalised corruption that has debased Washington DC for decades.

Tory MPs and others continue to deride net-zero targets as economic masochism, but the reverse is true. The economic damage inflicted by climate change could far exceed that caused by the Covid pandemic. It is estimated that global GDP will fall by as much as 14 per cent if global temperatures rise by 2.6°C. The cost of global warming will fall most heavily on the world’s poorest.

The worst pandemic since the 1918 Spanish flu; the most serious European military conflict since the Second World War; and, more locally, the largest fall in UK living standards since records began: this is becoming an era of permanent crisis.

These multifaceted crises demand a new moral seriousness in government as well as a greater role for an interventionist and strategic state, not a shrunken one as advocated by the ideological Tory leadership candidates. In the years ahead, rather than merely ensuring the efficient functioning of the market, governments will be forced to take on ever greater responsibility for their citizens’ security and material well-being.

For the philosopher Edmund Burke, society was a partnership of the dead, the living and those to be born. We who are living today must respect this covenant between the generations and act concertedly to transform how we work, consume, travel, and heat our homes. The horrific temperatures of recent days might soon become the norm in the UK, as could floods, droughts and wildfires. The world is already burning. It is not too late to act.