“If you’ve got a spare extra pound it shouldn’t go to dukes,” said Michael Gove, the Secretary of State for Levelling Up, Housing and Communities, last month. He agreed the Duke of Devonshire didn’t need any help paying his energy bills. An article published today by openDemocracy, a UK media platform, has revealed that British taxpayers are indeed paying for the Duke of Devonshire, whose net worth is estimated to be more than £800m, to heat his home.

Speaking on Sky’s breakfast show in May, Kay Burley challenged Gove about a comment he made in 2016 before Brexit, when he suggested that leaving the EU would enable the UK to “cut VAT on fuel bills”. Instead of cutting VAT, Gove said last month that the government had focused on “targeting the help on the very poorest”. When Burley suggested that reducing VAT would indeed help those struggling most during the cost-of-living crisis, Gove replied that the Duke of Devonshire would also benefit. “I’ve got nothing against the duke but my view is that if you’ve got a spare extra pound it shouldn’t go to dukes.”

Fast forward to today when openDemocracy reveals that some dukes are receiving much more from British voters than “a spare extra pound”. “Tory MPs, Lords members and multi-millionaire landowners are raking in eye-watering sums from a taxpayer-funded subsidy to heat their mansions even as millions face fuel poverty this winter,” writes Caroline Molloy.

The subsidy in question is the Non-Domestic Renewable Heat Incentive (RHI). Set up in 2011 to encourage a shift to cleaner energy heating systems, eligible businesses, public sector and non-profit organisations are rewarded with 20 years of pay-outs. The payments are based on the amount of heat generated from non-fossil fuel boilers, such as heat pumps, geothermal systems or biomass. 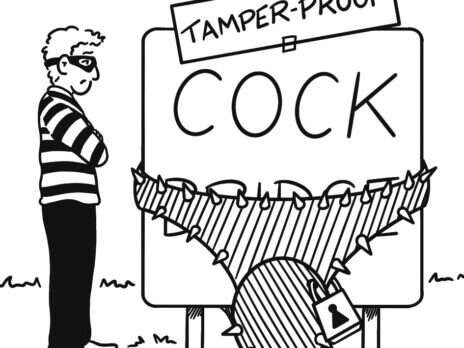 Chatsworth, the 300-room stately home of the Duke of Devonshire, whose gardens, stables, shops and restaurants are open to the public, installed two biomass boilers in 2013 thanks to the RHI scheme, says OpenDemocracy. “Figures provided by their installers state that they generate income of £69,758 a year through the RHI – that’s £1,395,160 over 20 years,” writes Molloy. “The system had paid for itself by 2017.” The Duke of Devonshire is just one of the scheme’s many wealthy beneficiaries named in the article.

A decade or so ago as then-chancellor George Osborne was busy cutting other “green” measures, such as feed-in tariffs to enable people to install solar panels and support for insulation, he spared the RHI and even renewed it in 2015. “It’s depressing the right is lobbying hard against schemes to help the poorest insulate their homes, schemes the government has slashed, while a gold-plated, and not very green, scheme that benefits mostly the very rich, attracts next to no attention,” says Molloy. The question of whether burning wood pellets is a sustainable way to reduce emissions is also controversial. Many climate campaigners want an end to biomass being considered a renewable form of energy because of the potential adverse impacts of felling trees or clearing tree waste on habitats and biodiversity, and controversy over whether burning wood is really carbon neutral.

When Osborne removed support for insulation in 2013, installation rates fell by around 90 per cent. An analysis by the specialist news website Carbon Brief in January found that removing this and other environmental measures had added £2.5bn to UK energy bills. As prices continue to rise, two million more people are expected to fall into fuel poverty this year in the UK, taking the total to 6.5 million people. The country’s housing stock is relatively old and leaky compared with the rest of Europe, meaning people need to use more energy to keep warm. Government data shows there are more than five million homes without cavity wall insulation in England and eight million homes without the recommended level of loft insulation.

The Queen’s Speech last month revealed government plans for an energy bill to help tackle the cost-of-living crisis and offer households support for insulation. However, delays in drafting legislation mean more than 56,000 homes may miss out on energy bill savings, according to analysis by the Energy and Climate Intelligence Unit (ECIU), a British think tank. Jess Ralston, a senior analyst at ECIU, suggests part of the problem is differences of opinion within government. “Ministers admit that the Treasury is blocking investment into energy efficiency,” she says.

“The vast majority of green levies are on power bills,” adds Ed Matthews from E3G, another climate think tank. “Renewable energy legacy costs must be removed from these bills and paid for by the Exchequer.”

Under intense pressure, Rishi Sunak, the Chancellor, did agree to place a windfall tax – an additional 25 per cent levy – on oil and gas company profits, pushing up the tax rate on these firms from 40 per cent to 65 per cent. However, he also increased tax relief worth up to £5.7bn for investment in North Sea oil and gas production. “This lost revenue could have instead supercharged an energy efficiency drive, insulating two million British homes over the same period, with an average bill saving of £342 per household every year,” estimates Euan Graham from E3G.

And not only has the RHI “over-rewarded some wealthy households, it has comprehensively failed to spark a renewable heat revolution”, says Matthews. The UK sits at the bottom of the European heat pump league table with Slovakia and Hungary – we install 1.6 million gas boilers a year in the UK compared with just 22,000 heat pumps.