From 31 October to 12 November, Glasgow will host Cop26, and welcome leaders, scientists and activists to my home city. As any Glaswegian can tell you, we are proud of the city’s role as a birthplace of the industrial revolution in the 18th and 19th centuries. I hope that we can see our city now usher in a net-zero revolution around the world.

There’s no doubt that the stakes are high for Cop26. It is the world’s best – and quite possibly its last – chance to limit the global temperature increase to 1.5°C above pre-industrial levels. Leaders must come to Glasgow committed to the objectives of the Paris Agreement and ready to turn promises into action.

Climate change is the greatest challenge facing the planet. Global temperatures have already risen by more than 1°C on average since 1880. And people around the world are already living with the impact of that.

Limiting global warming to 1.5°C won’t prevent all the potential effects of climate change. But every fraction of a degree above that threshold risks making those impacts more catastrophic. If we allow temperatures to continue to rise, life on this planet will become increasingly unrecognisable.

Everyone who is meeting in Glasgow for the summit knows that. There is simply no excuse for inaction. But despite this, the world isn’t yet meeting the challenge.

It is important to recognise that countries with rich industrial pasts have a special responsibility. We have contributed disproportionately to climate change, so we must now do more to help tackle it.

Understanding that responsibility led Scotland to become one of the first nations to declare a climate emergency. We have cut our greenhouse gas emissions by more than half since 1990, and since 2008 we have decarbonised faster than any country in the G20. And we now have some of the world’s most ambitious targets for future cuts in emissions.

We recognise that to have credibility we have to act as well as talk. We must meet targets, not just set them. That’s why, as part of the cooperation agreement between my government and the Scottish Greens, we committed to increase and accelerate our climate action, to go further, faster, and – as we have now set out – to begin work on improving the pace at which a just transition away from fossil fuels is delivered in industries such as oil and gas, so that we are living up to the Paris Agreement.

Small countries such as Scotland can lead the way – and I am determined that we will – but in the coming days it is the countries that emit the most that most need to step up. They must make ambitious, credible pledges to achieve near-term emissions reductions and ultimately to reach net zero. Cop26 must secure commitments that keep alive the chance of limiting global warming to 1.5°C.

Global finance, too, needs to be part of the plan of action to help the communities facing the worst impacts of the climate crisis. In Copenhagen in 2009, developed countries promised to provide $100bn of climate aid every year from 2020. In Paris in 2015, that commitment was repeated. After Glasgow it must be delivered.

Action must be taken to support countries already living with the often devastating impact of climate change, particularly in the Global South. We must ensure that the nature-based and technological solutions that can help countries adapt to, mitigate and prevent global warming are available to all.

The loss and damage caused by climate change is being discussed in the second week of the summit, but it can’t be merely discussed – we must see some real progress. This summit must be the first at which the world takes this issue seriously. Scotland has recently doubled our climate justice fund – an extremely small gesture compared with the scale of the problem, but one that at least acknowledges its significance.

Leaders in Glasgow must also focus on fairness between generations, as well as fairness between nations. I’m acutely aware that young people will spend their lives living with the fallout from a climate crisis that preceding generations created. All leaders at Cop26 need to understand younger generations’ anxiety and anger. To help ensure the voices of the young are heard, Scotland has funded the Conference of Youth, beginning on 28 October. During the conference, more than 400 young people from over 140 countries will gather to draw up their demands of world leaders.

Scotland will do everything we can to ensure the summit’s success. We are not around the United Nations table as an independent state. But Scotland is the location for this year’s Cop and so it has a special role. In practical terms, we have offered all the help we can to the UN. And we will support the Cop presidency of the UK government in any way we can to deliver the bold, progressive, fair and just outcome that is needed.

After all, this summit could shape the future of the world we all live in. Absolutely nothing – and certainly not party politics – is more important than working together to make meaningful progress.

Ultimately, however, the true test of Cop26 will be whether the summit delivers the outcomes the world needs. Global leaders must agree to actions that will secure 1.5°C as a genuine prospect, not just as a slogan.

[See also: Nicola Sturgeon should not assume that demography is destiny] 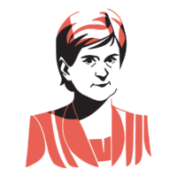