Unlike the Doctor, I only have one heart. But when I read the news that Yasmin Finney had been cast as the Timelord’s companion in the next season of Doctor Who, I thought it might burst. Having recently finished the Netflix series Heartstopper, I was already longing to see more of this talented transgender actress. Finney, 18, will play a character called Rose, which was also the name of Billie Piper’s much-loved companion of 2005-2010, but the mystery of the connection between these two characters wasn’t what moved me. It was the thought of the impact Finney’s appearance will undoubtedly have on the next generation of transgender youth.

When I was a transgender teenager, there was nobody on mainstream British television like me. I accepted that I was male in 2011, when I was 13, but it wasn’t until 2017 that I first saw a trans man on TV (Riley Carter as Kyle Slater on EastEnders). Our lack of visibility contributed to considerable self-hatred. I genuinely believed I was doomed to lead a miserable life; I’d never seen a trans person living out a happy one. Finney could help to ensure that the next generation of young transgender people do not experience this.

Although at times I’d rather not reflect on my obsessive “SuperWhoLock” era (that’s a word coined for fans of Supernatural, Doctor Who and Sherlock, for those of you who weren’t bullied at school), Finney’s casting transported me right back to those nights I spent on Tumblr in the early 2010s. For a couple of years I even owned a pair of brown pin-striped trousers that I proudly wore with trainers in homage to the tenth Doctor, played by David Tennant. A collection of sonic screwdrivers lived on my bookshelf until my Mum finally persuaded me that they were not decorative. My media studies GCSE assignment featured a photo of Tennant and Matt Smith from the show’s 50th Anniversary episode. (I got a C, by the way.)

The fandom as a whole was very queer and there were a large number of transgender fans, which was in part what drew me to it. Yet the show itself offered its queer audience very little in terms of representation at the time. Zoë Wanamaker’s character, Lady Cassandra — a human being from the year 5,000,000,000 who has undergone so much cosmetic surgery that she resembles a “bitchy trampoline” — mentions that she was once “a little boy”. In 2015 Bethany Black was the first openly trans actress to appear in Doctor Who, in a smaller role than Finney’s. It is yet to be confirmed whether Finney’s character will be transgender, but either way casting an openly trans actress in a role like this is a historic moment for British culture. 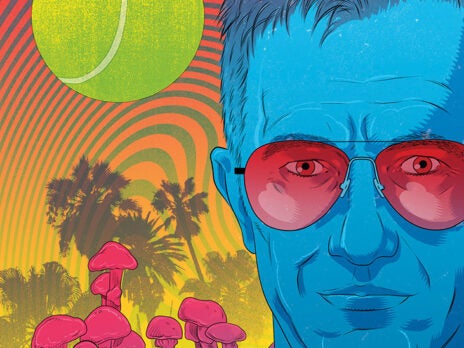 Too often trans stories have focused upon the hardships faced by those who have transitioned. This is a point that Finney has raised in interviews about her performance as Elle in Heartstopper. Elle’s story centres around navigating crushes and friendships like any other teenager, with passing references to her transition. This is quietly radical. Now Doctor Who could be just as revolutionary. Trans happiness, trans love and trans adventures through space and time with a two-hearted alien, please!

For the black LGBT+ community in particular, Finney’s casting alongside Ncuti Gatwa, the first black actor to play the Doctor in a leading role, marks a new age of representation in mainstream television. While the inclusion of queer characters is becoming more normalised, they are predominantly white. The LGBT+ community is beautifully diverse in terms of race, religion, disability, size and age. It’s about time our media reflected that.

As I get older, I increasingly look up to trans people who are younger than me and are finding a level of success I never thought would be possible for us when I was young. I am so proud of them all, from NoahFinnce, the YouTuber and singer-songwriter dominating the pop-punk scene, to Dylan Tippetts, the south-west’s first openly trans elected councillor. I feel incredibly lucky to have Finney as my next role model. I look forward to seeing her set foot in the iconic blue telephone box next year and showing a generation that trans people can do anything — even time travel.

Topics in this article: Doctor Who, LGBTQ+, pwfree, Transgender