John McEnroe was born in West Germany in 1959 and grew up in New York City. In March 1980 he became the top-ranked men’s singles tennis player in the world. He was also known for his confrontational on-court behaviour.

It’s pretty late for most people, I think I was aged four or five. At this point I have a hard time remembering anything before I was 18. But it was my brother going into the hedges next door and getting stung by a hundred bees, or something.

I had three childhood heroes: Rod Laver, one of the greatest tennis players that ever lived; Joe Namath, the charismatic American football player; and Mickey Mantle, the baseball player – the equivalent of Ian Botham in cricket. I was all “sports, sports, sports”!

[See also: Dave Davies: “I like guitars but I haven’t got any left”] 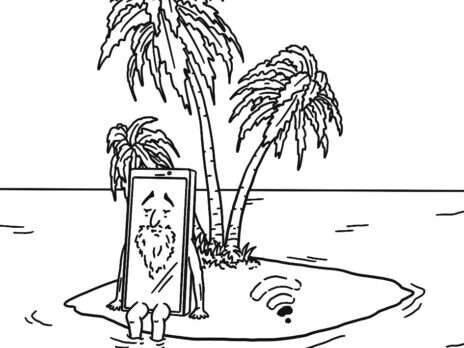 I would like to live in the Sixties. I was a kid then, but I’d love to have been an adult. So much was happening in my country. It was an explosive time with some great changes made in music, art and politics. I would love to have been at the forefront of that.

Sports. There’s many of them out there, but I know quite a lot.

Outliers : The Story of Success by Malcolm Gladwell. I felt it applied to me: if you believe in someone up above, for whatever reason, that person wanted me to play tennis. The book made me realise that maybe there was a reason I had the career I did – beyond just being lucky.

[See also: Howardena Pindell Q&A: “A white parent tried to get me expelled from university”]

Vincent van Gogh, later in his life. He only sold a few paintings in his lifetime, but his work from the last stages of his career was genius. I have a portrait by Andy Warhol of me and my first wife. It’s cool but I can’t hang it in my living room now that my second wife is around.

“Everlong” by the Foo Fighters. The band’s drummer Taylor Hawkins, who passed away in March aged 50, was my friend. Everyone loved him. When Dave Grohl wrote “Everlong” people assumed that it was about Kurt Cobain – and maybe it was. Now I think about what it must have been like for Grohl to experience another death of a close friend, it’s crazy.

Now that’s a hard one. There is a quote attributed to Teddy Roosevelt that I have tried to live by and teach my kids: “It’s better to try and fail than not to try at all.” In my line of work – and every, I’m sure – you don’t win every time, no matter how good you are. You have to be able to deal with losing and hopefully learn from it.

Now. I’ve got six kids. They seem to be in reasonably good places. I’m lucky enough to have a healthy second marriage. There were great, happy, unbelievable times when I was younger. But generally I’ve tried to look at myself and think, are you improving as a person a little bit each year? If you do that, it makes you happier.

Oh God, I hope not! That falls under the theory of being a perfectionist, which is to some extent what I am, or maybe what I was. I try to look at the glass as half full instead of half empty. Otherwise every which way you turn there’s another catastrophe: the war in Ukraine – and the other conflicts going on that aren’t being discussed – the environment crisis, and the pandemic. But you have to see the light somehow.

“McEnroe”, a documentary film, is in UK cinemas now

[See also: Sarah Langford Q&A: “Pay something attention and it rewards you a hundredfold”]

Topics in this article: Interviews, Tennis