Gruff Rhys was born in Pembrokeshire in 1970. A musician, film-maker and producer, he is best known as the lead singer of the band Super Furry Animals and is considered a figurehead of the “Cool Cymru” era.

Being stranded on a ground-floor window ledge trying to figure out how to get down safely. It’s like the movie Cliffhanger.

Gwynfor Evans, whom I heard speak at a rally when I was ten years old. Chelsea Manning, who is a Welsh-American icon and an inspiration for her composure under the full weight of the US military establishment.

Shadows, Fire, Snow: The Life of Tina Modotti by Patricia Albers. Pre-pandemic, I played a festival in Udine in northern Italy. Modotti is a local icon; it was my introduction to her varied and dramatic life of art and activism. A week later I found a discarded draft copy of her biography on the pavement in downtown Los Angeles. It changed my previously agnostic attitude to serendipity and cosmic coincidence. 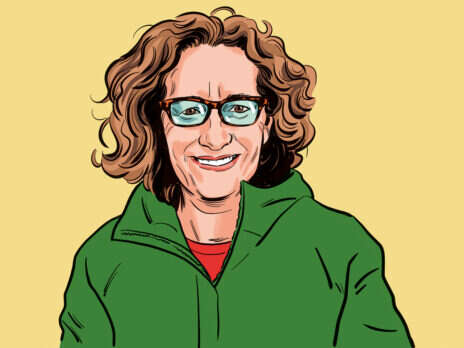 [See also: Carmen Maria Machado Q&A: “The Golden Girls is keeping me from losing my mind”]

The irreverent podcast Desolation Radio has a great introductory episode to Antonio Gramsci that outlines the structural problems in today’s society through his lens. With added toilet jokes.

The Velvet Underground 1964-73. I have a bootleg cassette of their gig at Lampeter University in 1972 (without Lou Reed and John Cale). Maybe that was the final straw.

Life under the anarchist/communist coalition of the Far Eastern Republic 1920-22 would be a great place to invent electronic music and wrestle with the idea of expression in the name of socialism, away from its eventual capitalist masters.

Deutschland 89 floated my boat so much that I’m finding it hard to adjust to real life.

It keeps changing, but today it’s “Don’t Cry No Tears” by Neil Young.

Howard Marks told me to live with enthusiasm, the greatest human trait.

Boris Johnson’s flawed and overbearing infrastructure plans. Wales has been stripped of its railways already. All roads and railways lead out of Wales, abandoning centuries-old trade routes and cultural ties.

When you’re having a good time you don’t stop to think about it.

I have lots of connected lives. Somehow the industry of chance thrust me into the life of a paid musician, but I was doing other things related to art, too. Then I won the music lottery, which is what signing a record deal seemed like in the 1990s.

It depends on whether you believe in the afterlife. I believe in science and in the spirit of the living and their legacy through others. In which case maybe everything will be OK.