The poet and comedian Tim Key is not a political man. He can express opinions on the government one-on-one, “when I’m on safe ground”, he tells me, but not, say, at a dinner party.

Yet Key’s poems are some of the greatest political cartoons of the pandemic. Those he wrote in the past year – roughly one per day – fell broadly into two categories: the things that people were doing at home during lockdown, and the things being done on the 5pm broadcasts, every day, at No 10, in the room with the flowery carpet.

There is a small and familiar cast. Bohnson. Rishi Perfect. The bald scientists or Slappettes “shoving up slides with the tolls on”. Key can’t explain why Priti Patel and Dominic Raab felt like no fun to write about. But Matt Boytwitch, Health Secretary, was good pickings: “Human but with a good dollop of robot.”

In the Downing Street rose garden, in a series of poems written in the long-ago summer, lounges a character barely thought of today, his deck-chair plugged deep into the lawn, “top off, shades on, a dampened Fat Face T-shirt folded on to his forehead”. Dominic Cummings’s indiscretion was “learner slope stuff, whether you are interested in politics or not”, says Key, “and his rose garden material was interesting”. He recalls a creative turning point when Michael Gove, asked to comment on Cummings’s decision to drive to a castle to test his eyesight, said it was “wise”. There were no limits for Key, then. His new book, He Used Thought as a Wife, delights in the imagery and language of a shared world-view that, for once, we all really did share. 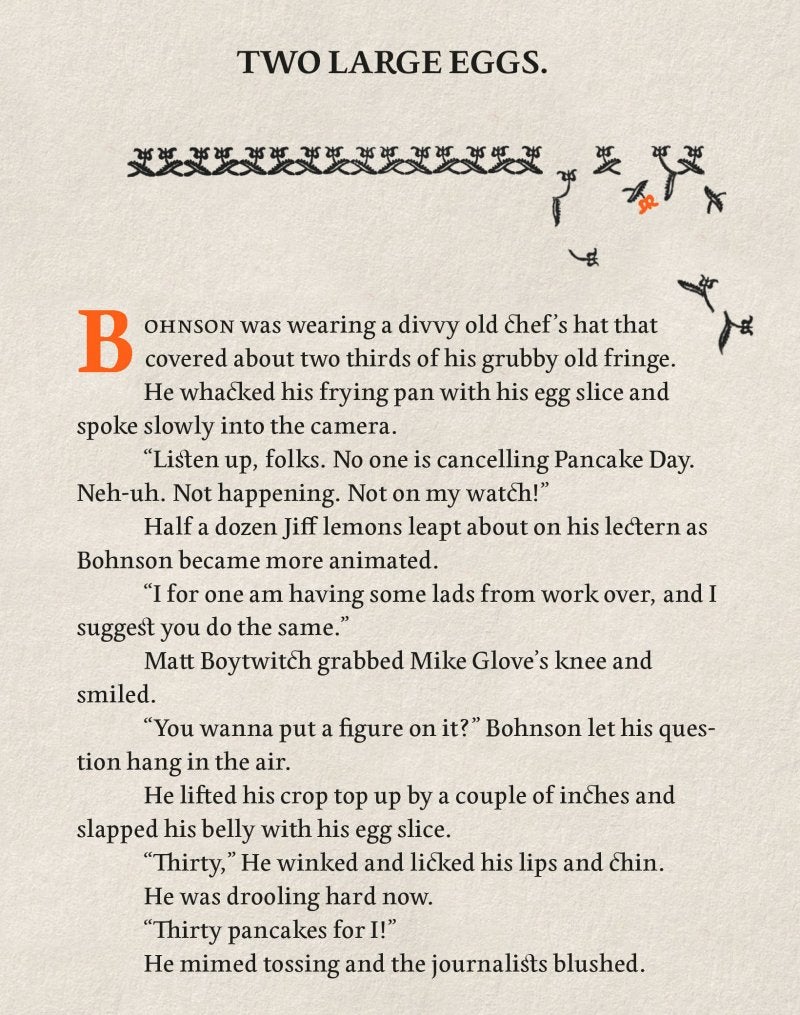 Key’s biggest contribution to lockdown culture is a new Johnson, halfway between the bumbling polar bear of yore and the dangerous force in No 10. Grotesque but desperate to please, in tennis shorts and crop top, with cocktail sausages and Mini Rolls spilling from his Sainsbury’s bag, he barbecues nervously for Cummings, and swings high on a swing in the rose garden. He pushes the Sunday papers round in a little wheelbarrow – and wears a badge they gave him in hospital for being brave.

When Johnson was in hospital, he disappeared from Key’s poem feed. Key felt it was “sacrilege” to write funny stuff against the backdrop of footage from Italy in early March as coronavirus closed in on the world, and in the pandemic’s first weeks he wasn’t sure where to locate the humour. He’d been forced to work outside his comfort zone before, writing for Charlie Brooker’s Newswipe, and his first “political cartoons” emerged when he found himself writing about Brexit. But in real life, Key is on uncertain ground talking about the government. “It felt like they were quite slow on lockdowns?” he offers.

As the pandemic began, Key, who also plays the part of Sidekick Simon in Alan Partridge’s Mid Morning Matters and This Time, was starting on the biggest TV role of his career in a new sitcom with Daisy May Cooper from This Country. They filmed for a day before the production was halted. Back home in his Kentish Town flat his trick, he now believes, was to have committed to writing about what was happening around him rather than worrying away at some creative project that had been sitting on the backburner. There was a constant stream of new language: “It was like being in the pick ’n’ mix in Woolies. A bit of masks. A bit of social distancing.” Recording lockdown in real time, he captured all the shifts in feeling that have since been forgotten. He also wrote about a recent phenomenon: nostalgia for lockdown one, from lockdown three. 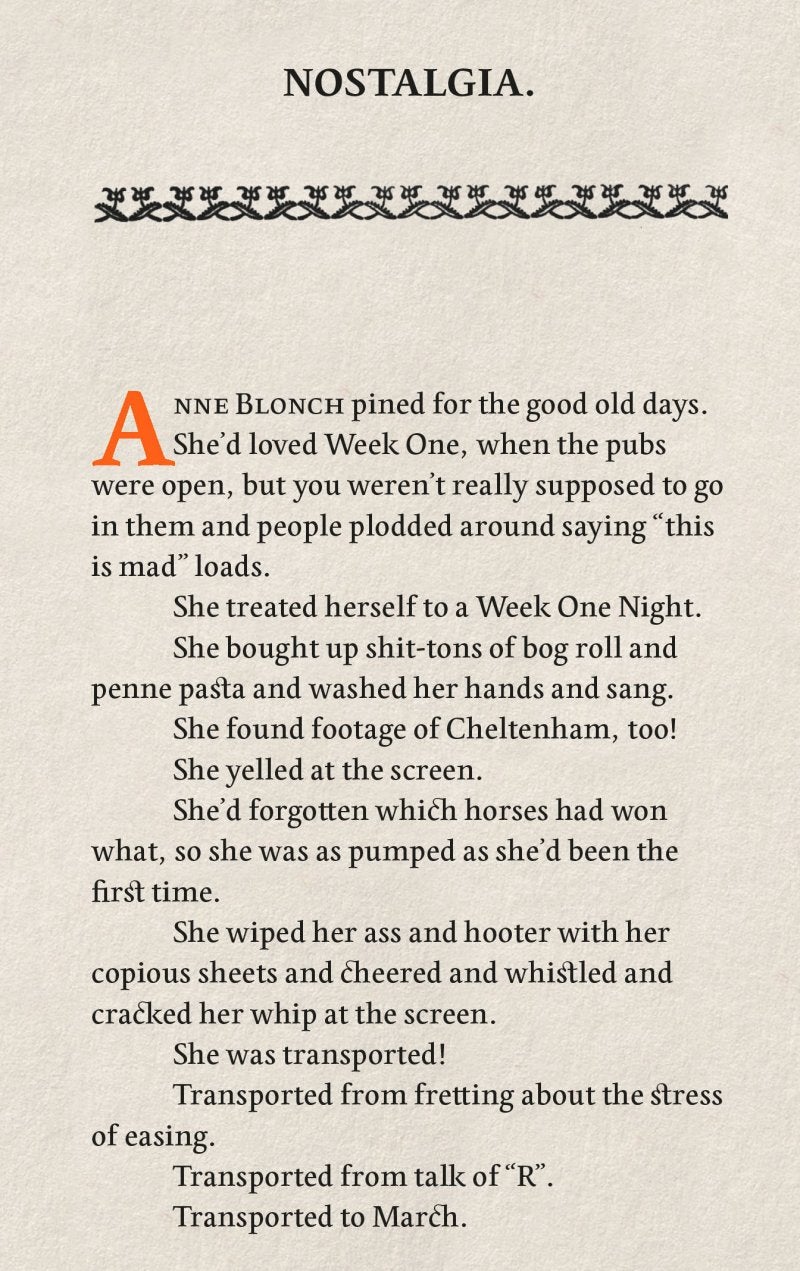 There is a poem written around the time the parks got busy, in which the government passes a law allowing people to save space by congregating in vertical stacks. There is another on the return of football, when players stand in individual squares, signing a quick form when they have to cross into someone else’s. And there are poems about bubbles. 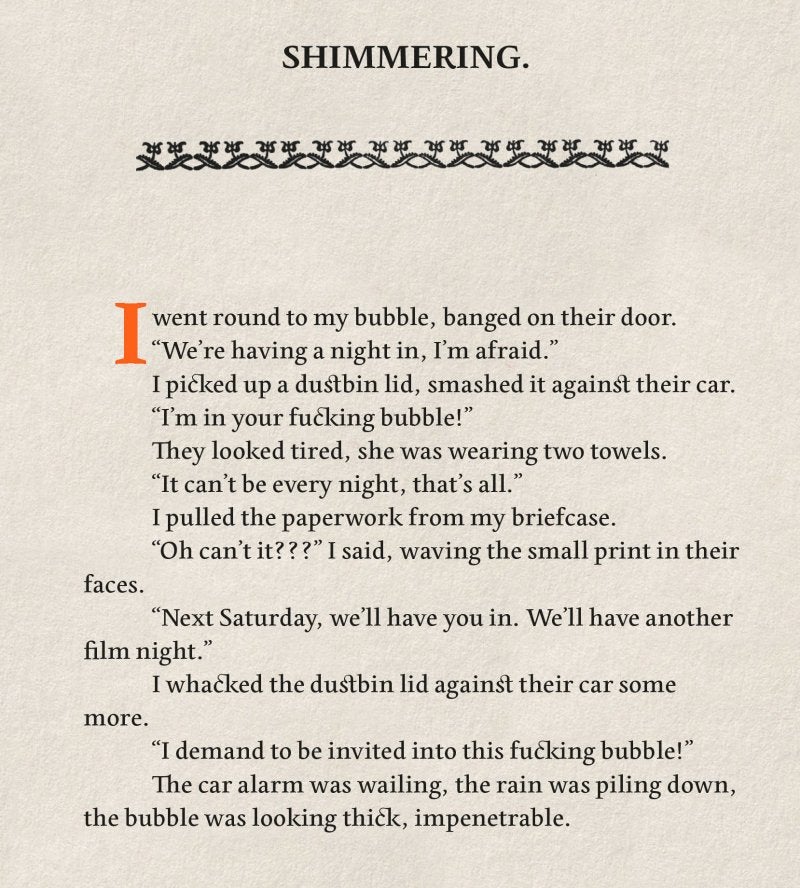 Key had a good lockdown. The “Key” in his book, who appears in two-page dialogues, on Zoom dates or calls with his agent, was a kind of dishevelled, pandemic doppelgänger, a place for the neurosis to be dumped while the real Key was finding the isolation quite inspiring. He has printed 8,000 copies of his book now. And he performs a live show on Monday nights, on Zoom, from his kitchen, and sometimes from his bath.

He will continue the poems until the lockdown ends. “Also,” he says, “it feels like there might be some more lockdowns.” He is sensing a shift in the mood, a new serenity – fewer questions to Bohnson on the lectern about deaths, and more about holidays. When he tries to picture the summer, he sees a Bulmers ad: a floret of three cold ciders being put on a picnic table. But there is more pandemic to write about first. Vaccine centres. And the Queen:

“Get your jabs, you selfish c***s”
No one had really seen the queen like this before…

He Used Thought as a Wife is available through “Utter” & Press. Tim Key continues to post poems on Instagram.