As a child, I read a great many books in which animals and birds played significant roles, not only in the narrative itself, but also in creating the emotional and psychological atmosphere of that narrative – the imaginative furniture, as it were, in which any story unfolds. Many of these books were illustrated, but just as many were not, and even where images did figure, very often they were fanciful and casually humanised, in the innocent spirit of anthropocentrism that prevailed back then.

That was the pre-internet era, and so, when a writer mentioned an ocelot, or a kudu, I had only the vaguest idea of how that creature might look. My house did not have many books, so I could either ignore the gaps in my knowledge and forge ahead for the sake of the human story, or make a mental note of the unfamiliar names and go off to the town library and look them up. A wildlife nerd in the making, I chose the latter course.

It is right that animals feature in children’s books; as the human ecologist Paul Shepard noted: “Animals have a magnetic affinity for the child, for each in its way seems to embody some impulse, reaction or movement that is ‘like me’. In the playful, controlled enactment of them comes a gradual mastery of the personal inner zoology of fears, joys and relationships. In the stories told, their forms spring to life in the mind, re-presented in consciousness, training the capacity to imagine.”

Yet it is vital that children find the “like me” affinity in encountering animals as they are, either in life or in stories based on real-life observation and respect for their subjects’ true character. As I noted down the names of the exotic creatures I came across in books, and then trawled through the library’s handful of illustrated encyclopaedias, I would be excited to find pictures of loons and tapirs and echidnas, but I also knew that I was getting only part of each animal’s story. Everything was static; it was all representation. Still, I didn’t realise how misleading those pictures were until I first saw a live flamingo. 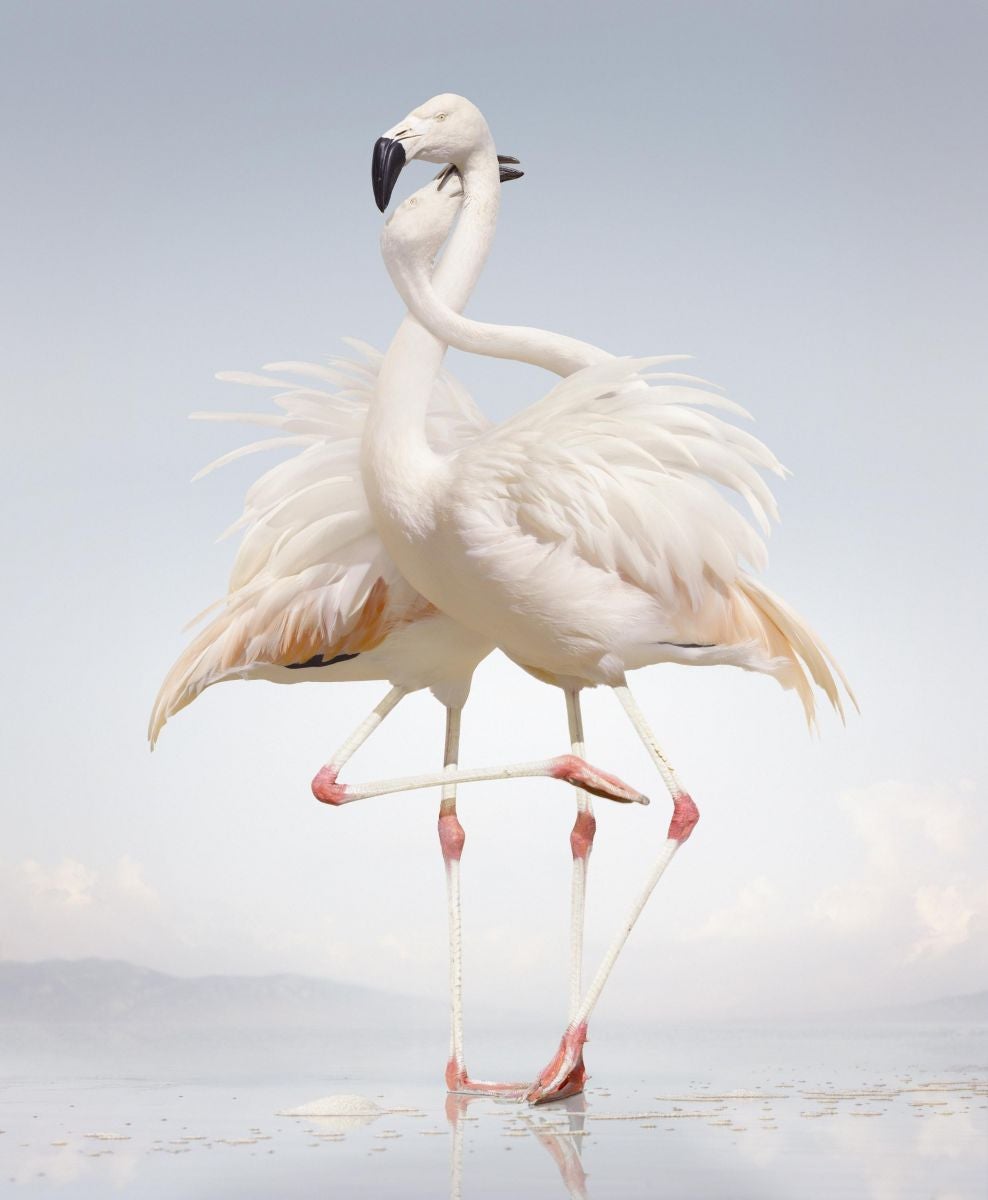 At some level, I already knew that I had been duped. On reading the word “flamingo”, with its suggestion of living fire, I had immediately been intrigued, but my childhood search for a likeness had yielded only one, far from ardent example: the American flamingo (Phoenicopterus ruber) from John James Audubon’s Birds of America. (It wasn’t until much later that I learned that the flamingo’s unique colouring comes from its carotenoidrich diet.)

Audubon’s frequent practice was to shoot his subjects and arrange them in “lifelike” poses in his studio before painting them. To my mind, this doomed him to relative success only, especially in dealing with larger specimens. It is easy to see this by setting his Greater Flamingo next to his Northern Cardinal: the smaller bird, though still rather stiff, comes across as much less awkward than the larger one, which seems contorted and, especially in the placement of the legs, decidedly unnatural.

People + machines is the formula for success

By The AI Summit London

The Timeline of Next

Yet even the briefest encounter with a live flamingo brings out the characteristics that Audubon’s drawings fail to convey – because, in life, the flamingo is elegant and not at all awkward and, even as it stands on one leg (many other birds do this but in the flamingo it is both more frequent and more pronounced), it enjoys a special relationship with gravity that brings to mind the grace of a dancer, or a tightrope walker.

To see a live flamingo is to understand a little more about elegance in general, to add one more defining detail to our Platonic idea, as it were, of grace. And what the flamingo teaches a child, at that subliminal level where animal encounters work, is that gravity is not just a limitation, but also a possible partner in an intriguing, potentially joyful game.