This year “The Lark Ascending” by Ralph Vaughan Williams was voted Classic FM listeners’ favourite piece of classical music (as it was last year, and the one before that, and the one before that). They’re not alone in their admiration. A major theme of the BBC Proms this year is the 150th anniversary of the English composer’s birth.

Vaughan Williams is venerated for developing a distinctly English style, as opposed to the German-influenced Romanticism that had dominated British music in the 19th century, yet his is a toothless, pastiche Englishness. If, as Michael Sheen suggested in the New Statesman in March, Britain is a divided nation in search of a story, this is a poor one to choose.

One of his main influences was folk music, but in “The Lark Ascending” (first performed in its version for solo violin and orchestra in 1921) and other pieces, it is alluded to only in its most pleasant, uncomplicated form. The solo line swoops and soars, imitating folk melody with little vitality, trapping a living tradition in amber. The “Norfolk Rhapsody No 1” (1906) might make nice hold music for the tourist board, but offers little else.

Vaughan Williams was born to minor aristocracy without the need to ever earn his living. His efforts to create a particularly English music are attractive in theory, but the genteel result cannot speak for the country. If this is our national music, you might fairly ask, what place does it hold for me? He may well have prepared the way for later composers to be English without being so staid, but even among his contemporaries there was better available, such as Ethel Smyth’s glorious Mass in D Major (1891), open and generous in its uncertainties, which will be performed at this year’s Prom 44 instead. The narrow, exclusive vision of Vaughan Williams’ music didn’t befit his own time, and it certainly doesn’t befit ours. 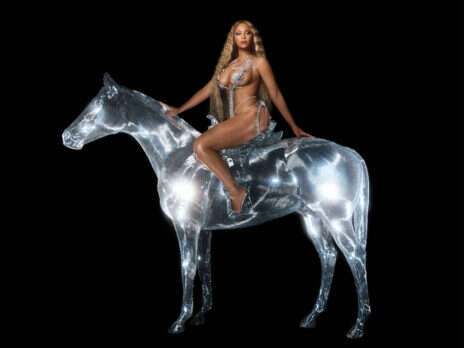 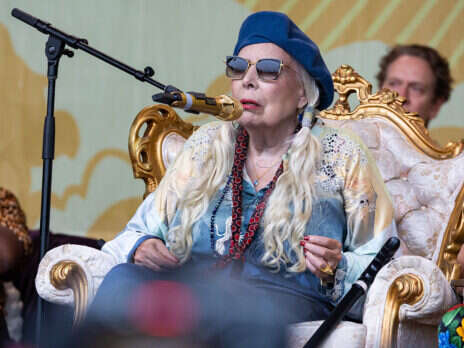 When Joni Mitchell surprised the world

Vaughan Williams’ other great influence was Renaissance choral music, and he sucked its soul in the same way he did with folk music. Prom 2 includes one of his most popular compositions, “Fantasia on a Theme by Thomas Tallis” (number three on the Classic FM chart), a piece for string orchestra of weightless prettiness that really makes you think, “Gosh, I wish I was listening to Thomas Tallis.” (Fortunately you can do that at Prom 50.)

There’s an outing in Prom 6 for Vaughan Williams’ Fourth Symphony, a darker and more complicated piece, written in the febrile 1930s, which only emphasises the pastoral naivety in the rest of his oeuvre. And yet it still sounds thin when compared with Michael Tippett’s dramatic, poignant Fourth Symphony (1977), with which it is paired.

If marking anniversaries and smuggling interesting music in around the ossified canon is what classical programmers think they need to do to sell tickets, it seems a damning indictment of the industry. The strategy lacks creativity or optimism. There are enough composers and enough round numbers that you can find a “significant” anniversary for any occasion, resulting in concerts that only ever look backwards. (More modern music is not immune to this impulse. The minimalist composer Steve Reich has a birthday every year and it invariably comes with a rash of celebratory concerts – though at least he’s there to do the celebrating.)

It’s also hard to see how this approach serves the BBC’s aim, stated in May, to “build new audiences for classical music”. There is plenty on at the Proms this year with obvious contemporary appeal (such as Jennifer Walshe’s “The Site of an Investigation”, an experimental, ingenious work about social media and micro-pollutants, or a Violin Concerto by Missy Mazzoli, a thrilling, vibrant, easy-to-love composer), but they are poorly served by being hidden among the old standards. It is worth seeking them, or any of the other new commissions, out though, even if it takes a bit more effort than finding the classics.

And if you really need some larks in your music, they’re there in the UK premiere in Prom 52 of Märchentänze by Thomas Adès.

The BBC Proms run until 10 September.

Matthew Gilley is senior online sub-editor at the New Statesman.