Baby-faced, canary-haired and standing 5ft 3in in his socks, Truman Capote was the flaming youth of American letters, rising early, burning bright and crashing back to earth in spectacular disarray. In the summer of 1945, a few months shy of his 21st birthday, his short stories began to appear in Mademoiselle and Harper’s Bazaar: work so eerily accomplished that he was swiftly declared one of the most remarkable new talents of his generation. Film options for his first novel, Other Voices, Other Rooms, sold well before he had finished it and in 1947 he was the lead exhibit, posed doe-eyed and wicked, in a Life spread on up-and-coming writers, though he was the only one yet to have published a full-length work.

His reputation for precocity was enhanced by the extraordinary youthfulness of his appearance. Gerald Clarke’s biography Capote describes a dinner party in 1947, at which a patrician guest mistook the aspiring young writer for the hostess’s seven-year-old son, exclaiming loudly: “Really! Things could not have been so bad that Phyllis had to bring her own child to the table in a dinner jacket! When I arrived, that young man was in his pyjamas.”

That young man knew precisely how advantageous this kind of thing could be: the illusion of having emerged fully formed, as mature in talent and sophisticated in wit as he was juvenile in appearance. What he hadn’t bargained for was the cost of deploying youth so tactically. When Other Voices was published that year, it was a critically acclaimed bestseller but it was also repeatedly dismissed as “a freakish accident”, its success too closely tied to the adorably dewy, twinkish person of its author, reclining provocatively on the back jacket.

Decades later, Capote was still bothered by his treatment, still keen to reveal the hard labour behind the self-created façade of effortlessness. In the preface to his 1980 collection, Music for Chameleons, he described fielding endless expressions of amazement that someone so young could write so well. “Amazing?” he snapped. “I’d only been writing day in and day out for
14 years!” He had started at the tender age of eight, out of the blue and unencouraged by his family. 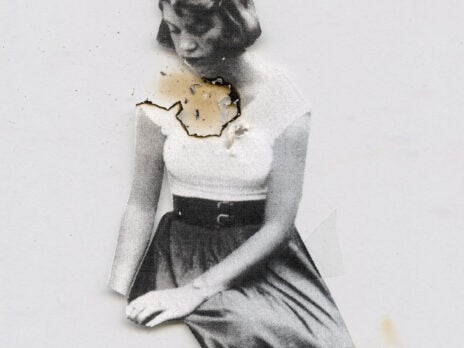 How do we tell the story of Sylvia Plath?

If nothing else, The Early Stories testifies to the absolute truth of this statement. The pieces were discovered in 2013 among Capote’s archived papers at the New York Public Library by a Swiss publisher hoping to find traces of his unfinished last novel, the exquisitely scandalous Answered Prayers. Instead, what he turned up was a clutch of unpublished juvenilia, written when Capote was a schoolboy, during the apprentice period in which he was figuring out how to generate effects, how to make things good and then push them on to artful.

None can be described as more than promising but all are recognisably Capote’s work, shaped by his inbuilt sense of narrative, his watchfulness and his affinity with otherness; his pull towards loners and outsiders, particularly those who handle their isolation with flamboyance as well as shame. All concern people on the threshold: hoboes, unhappy children, ageing hostesses, criminals on the run. Already, there is a knack for playing up and down the social register, for peering into a variety of rooms.

What he had to raise the whip against was his sweet tooth, his greedy taste for sentimentality and melodrama. In “Swamp Terror”, a small boy who insists on venturing into a wood in search of an escaped convict has to weather first the death of his dog and then the murder of his friend (“Then Jep saw it in a flash; it was like something he just knew – Lemmie was dead! The convict had smothered him to death!”). Endings clank portentously (“A nightmare? This time? I wonder”); twists are vigorously engineered.

The chief merit this affords is a glimpse of  Capote as a boy: spirited and strange, wielding his gift for storytelling as an antidote to being near-universally disliked for his undisguised homosexuality and his preternatural intelligence. The likes of “Swamp Terror” make visible the Capote memorialised by his childhood friend Harper Lee as Dill in To Kill a Mockingbird: the “pocket Merlin” whose tall tales hold the local children spellbound.

Fiction was an escape route, then, a compensation for the misery of being Truman Streckfus Persons, the unwanted son of a confidence trickster and a beautiful alcoholic, who spent the nights of his early childhood locked terrified in hotel rooms while his parents went carousing. Later, he was bundled off to live with an assortment of eccentric relatives in Monroeville, Alabama (an experience that provided rich material for Other Voices and The Grass Harp), before being summoned by his mother to join her and her new husband, Joe Capote, in New York for an adolescence of growing privilege and continued misery.

It was the South that shaped him and in the main these are Southern stories, in both their diction and preoccupations. An escaped lunatic is hunted through a swamp; a young girl sits waiting for her love on a porch at night, “its texture like fine blue satin”. Coolness is the hallmark of Capote’s mature style but it was hard won, to judge by a story such as “Miss Belle Rankin”, in which an ancient and impoverished woman who lives like Sleeping Beauty behind a beautiful hedge of japonicas is found dead in her yard, “little flakes of snow in her hair and one of those flowers . . . pressed close against her cheek”. Yet even this story is agitating for an expansion of value, practising the empathy with the unwanted and unlovely that later gave In Cold Blood, Capote’s masterwork, its lasting power.

It’s not the only echo. In “Parting of the Way”, two hoboes, one young and delicate and one large and threatening, bicker over their imminent separation. Tim refuses to share the ten dollars he has saved to give his mother; Jake steals it and then returns it, an occasion for another clunking final sentence: “Perhaps it was just the bright sunlight reflecting on his eyes – and then again – perhaps it really was tears.”

The lines are crude but all the same the dynamic between the two men is reminiscent of Dick and Perry, the murderers in In Cold Blood. There is the same watchful interest in how the excluded broker power, in the mixture of cruelty and need that underscores relationships between the dysfunctional and desperate. Both end with a leave-taking, with someone walking out of shot. The early story telegraphs emotion, cramming it in; the later work simply clears the space for it. “Then, starting home, he walked toward the trees, and under them, leaving behind him the big sky, the whisper of wind voices in the wind-bent wheat.”

What made the mature Capote so remarkable as a writer was the way he combined warmth and coolness, balancing sensitivity with absolute detachment, winnowing away sentiment and telling his stories by way of a succession of dazzling and disturbing images. The strongest example here concerns a lonely woman working in a mill store. She is beguiled by a small girl with eyes like blue glass: a precursor to the eerie child in Capote’s first great story, “Miriam”. Later that sweltering afternoon, the girl is bitten by a snake and the woman, surrounded by a crowd of hysterical children, falls to her knees and sucks the poison out. Small details linger – the water running over the bright creek pebbles, the woman spitting and spitting, her ulcerated mouth.

Like this damaging good deed, the ability to look unstintingly came at a cost. Despite the success of In Cold Blood and the almost unanimous approval that followed its publication in 1966, Capote felt that writing it had taken something essential from him, that he had been lastingly harmed by his proximity to Dick and Perry, his immersion in their grim lives and deeds. He watched them hanged, knowing that his story depended on their death, and in the years that followed he leaned increasingly on alcohol, a substance inimical to the delicate mechanisms of watching and recording.

In the 1970s, the bitchy, lacquered, liquored Capote was in the ascendant, presiding drunkenly over the dance floor at Studio 54 in New York. He said he was working on Answered Prayers, that it would be the distillation of everything he had ever learned: a no-holds-barred exposé of the elevated social circles he had inhabited for so long. At last, in 1975, an extract appeared in Esquire. This time, the coolness of Capote’s recording eye was not rewarded. He was instantly cast out by his wealthy friends, the socialites and heiresses whose confidences he had harvested and sold on.

Obsessive in its scrutiny of the super-rich and super-beautiful, Answered Prayers – published posthumously in 1986 – is concerned with hustlers and marks, with people intent on elbowing their way up or engineering the downfall of others. It is full of cruelties committed and murders covered up. The same bleak humour is also displayed here, in the gleefully nasty “Kindred Spirits”, in which two elderly women, Mrs Green and Mrs Rittenhouse, discuss over tea methods by which husbands might be discreetly despatched.

Preludes and precursors aside, what is most lastingly touching and distressing about this slender book is not so much its contents as the restored vision of Capote striving, working doggedly to master his craft. What he wanted all along was to capture on paper the weird material the world had handed him and then to go one better, embellishing and rearranging until he had created reality anew, in sentences more beautiful and musical than any of his contemporaries could hope to match.

Even at the end of his life, addled with booze, miserable at the loss of his former companions, his beloved “swans”, he was still figuring out how to improve himself, how to write a book that would finally be as good as he could dream it – though in darker moments he admitted that perhaps what he wanted to achieve had long since passed beyond the realms of possibility, that “nobody can write that well”.

Olivia Laing’s The Lonely City: Adventures in the Art of Being Alone

is forthcoming from Canongate

The Early Stories by Truman Capote is published by Penguin Classics (£12.99, 208pp)

This article appears in the 04 Nov 2015 issue of the New Statesman, The end of Europe