In this week’s issue of the New Statesman, guest edited by Michael Sheen, eleven new writers reflect on their experiences of Britain today. The writers are supported by A Writing Chance, a UK-wide project from New Writing North designed to discover new writers from underrepresented backgrounds whose voices have historically not been heard in publishing and the media. You can read work by other writers in this initiative here.

The spectre of Grenfell haunts my family’s area 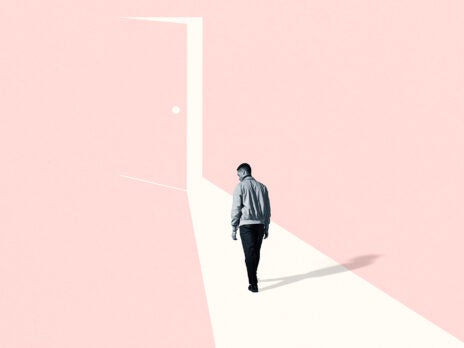 Jacqueline Houston: Lessons from the wrong end of a fox hunt

“This is my first time as a hunt saboteur. Foxes may be crepuscular, but I am not, and getting up at 5.45am on a Saturday is a struggle. But this is 1989, the era of Section 28 dissent and poll tax rioting, so by 6:30am I’m inhaling the rusty floor of a Transit splitter with  15 other hungover members of Stirling University’s Animal Rights Society, as we’re hurled from campus  to countryside and today’s appointment with  Vulpes vulpes: the red fox.”

Anna Maxwell: I don’t want to tick the box that says “Other. Please explain”

“I’m eight. I don’t want it to be my turn. I sit rigid in my tiny grey plastic chair wishing it could whisk me away or, better still, that it would burrow into the buffered school floor and swallow me up silently.”

Mayo Agard-Olubo: My dreams were deemed “unrealistic”. But your background shouldn’t determine your future

“I was 16 when I walked into the careers office of my secondary school, brimming with excitement about my future. I had decided on what I thought was my dream job: a videogame designer. Ever since I was a child, I’ve loved dreaming up new worlds where I could go on adventures, and designing games seemed like the perfect way to bring those worlds to life.”

“The therapist asked me why I was struggling at university. I told him I couldn’t afford to put the heating on and how expensive bread was here, compared to at home in Wales, and shared the shame  I felt when tutors told me off in class for using library books, not buying new texts. But the therapist shook his head, waiting for me to justify why I struggled to attend seminars. I looked inside my history to discover why I’d gone from being a talented student at my comprehensive school in the Welsh Valleys to a young woman living in a city where I sometimes shook so hard in the street I felt like my bones would fly apart.”

“I always loved books – used to run away to the library. Shoes with cereal boxes filling the holes and undiagnosed dyslexia (don’t get me started on the “You can’t read if you’re dyslexic” thing), I finished school with no CSEs. There was this teacher, expensive watch, laughed to the class when I asked about staying on.”

Tom Newlands: In 1980s Scotland, our teachers taught us nothing we could relate to

“Growing up in Scotland, class loomed large – not in the day-to-day, but in decisions that were imposed on our community from the outside. The heavy industry that for centuries had sustained the area I grew up in was wound down completely in the 1980s, a move which in turn wound down the livelihoods of the families in the towns and villages around me. My classmates came from those families. As their work-hardened grandpas retrained as complaint handlers or sales associates, heroin arrived and dismantled their dads. By the time  I started high school in the 1990s, the atmosphere of intergenerational hopelessness had curdled into detachment and adolescent ultraviolence – spoons in eyes, slabs on heads, blades in backs.”

Rebecca White: A tale of two sisters and the eleven-plus

“Anyone who grew up in an area with grammar schools will know the entrance exam is more than just a test. I was only ten, but its implications seemed enormous. It was like I was inhabiting my own personal Choose Your Own Adventure book. As a working-class  girl in Thatcher’s Britain, I was raised to believe the eleven-plus held the keys to genuine social mobility.  I was a future first-generation university student on free school meals – a grammar school success story. My sister’s experience was less auspicious.”

David Clancy: In Cumbria, gay men are outnumbered by sheep

“I went on a blind date recently. I met him on Grindr; he’s not out and didn’t want his face on the internet.  I wouldn’t normally, but I liked his chat and he wore decent trainers (yes, I really am that shallow). We met in a café off the beaten track. I was pouring two sugars into my flat white, trying to look slim. He stood by the door scanning the room. He spotted me and a look of horror crossed his face. I sucked my belly in.”

Stephen Tuffin: I’m not asking if I can take a seat at the table. I am demanding you move

“When I was just a snot-nosed kid, I failed my eleven-plus. And so, my life changed. I wasn’t aware of the change at the time because, well, I was 11. Nor was  I aware that the kids who’d passed were embarking on a journey full of potential and opportunity. A journey no longer available to those of us who had failed.  I believed I was stupid. I was never discouraged from thinking otherwise. Words like ‘career’, ‘ambition’ and ‘education’ were for the smart people. My ‘betters’.”

Tammie Ash: I’m proud to be from Bradford – but it has cost me

“I left my interview to study architecture at Cambridge feeling embarrassed, and more ashamed than ever.  My portfolio on Bradford’s old mills was of no interest to the interviewer. Instead, he asked me if I’d visited various stately homes, London museums or at least  the Liverpool Metropolitan Cathedral – to which my answer was always ‘No’, and his reaction always a grimace. The first time I ever saw London was a year later, aged 18. The first time I’d ever got a train by myself was at 20. And I’ve still never been to Liverpool.”

Elias Suhail: The spectre of Grenfell haunts my family’s area

“A terrible yet captivating sight… It felt as though doomsday was upon us in the early hours of that morning. It felt impossible to reconcile that our neighbours – with whom we would have crossed paths at the Sainsbury’s Local by Ladbroke Grove station or the Kensington Memorial Park, people who could easily have been members of my family (or yours) – were trapped inside this vision of hell on earth. The charred skeletal remains of the Grenfell Tower loom heavy over the skyline, haunting the local community – including my parents, brother and sister-in-law, who all live minutes away from the blackened monolith.”

These pieces is published in Michael Sheen’s guest edited issue of the New Statesman, “A Dream of Britain”, on sale from 25 March.