A successful biography should be, on top of everything else, a good read. It needs a cracking, whip-like narrative. To expect that from the third volume of a life crammed with high policy and political complexity might seem absurd. And yet this reads, for the most part, like a sophisticated thriller.

Charles Moore is one of the most partisan journalists on the right, a lifelong Thatcherite and an utterly committed hater of the BBC, for which this reviewer proudly works. He has, if I can put it this way, a right-wing face. He is as committed a believer in class as any local Momentum organiser: almost every character is introduced in a note explaining which school he went to. And it’s mostly he, and it’s mostly Eton.

So, it isn’t with limitless personal enthusiasm that I must report that Moore has finally completed one of the most thrilling, comprehensive, fair-minded and elegantly written biographies of modern times. It is full of complex argument, and a very large cast, but it is a joy to read.

In the course of writing these three volumes Moore has interviewed around 600 people and worked through a tumulus of secondary sources and a mountain of papers, private diaries and government records, many of them annotated by Thatcher in blue ink. Perhaps surprisingly, it is these records that bring her story alive most vividly. She was a complete politician, only fully herself while working; and her stabbing, pungent commentaries on the official paperwork she was reading – exclamation marks, little inky wriggles of underlined displeasure, adjectival explosions – show her mind, at speed, in the thick of it. 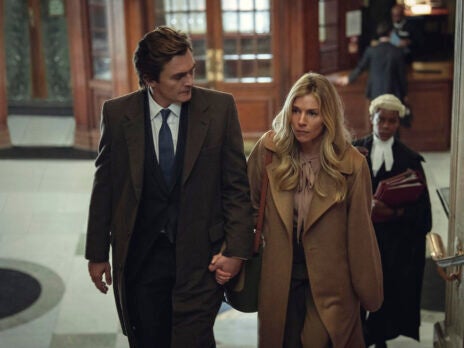 The main narrative concerns the crowded and momentous political situation she was dealing with after winning her third general election victory in June 1987. This includes big changes to English schools, the NHS purchaser-provider split, the Aids crisis, the replacement of the rating system by the poll tax, the fall of the Soviet Union, the dismantling of apartheid South Africa and Saddam Hussein’s invasion of Kuwait. We get fresh, vivid information about all of these things. However, from the first weeks after that election victory, there is a steady, quiet, drumbeat of ominous portent. It’s to do with economic policy, but also, unavoidably, European integration; and month by month it pits Thatcher against her leading cabinet colleagues – first Nigel Lawson, then Geoffrey Howe, then almost everyone.

Thereafter, she is struggling to resist moves towards a single, united Europe, while digesting the damage inflicted on her at home by what she insisted on calling the “community charge”: the poll tax. As she fumbles German unification and fails to resist Jacques Delors’s scheme, those drumbeats become thunderous, as in a Shostakovich symphony, and she seems to be racing towards her political doom. By the end, Moore is recounting events day by day and then, finally, hour by hour. Once the lady falls, he concludes the book with a moving and sad account of a lonely, bored and often angry woman succumbing to dementia.

An unashamedly and understandably subject-centred story, Moore’s book doesn’t tell you much of the British people, going through a maelstrom of changes orchestrated from No 10. Apart from glancing references to the poll tax riots and photographs of gloomy Scottish clergymen listening to her “sermon on the mound”, very little of the anger caused by her policies reverberate through these pages.

Many readers will be most struck by the chapter on climate change. Having been asked to make a speech to the Royal Society in September 1988, Mrs Thatcher drew out of a handbag an article from the New Scientist about the challenge of global climate change. At the time, recalled Richard Wilson, her leading policy co-ordinator in the Cabinet Office, “I’d never heard of it”. Most world leaders and policymakers were in the same position, but as a trained chemist she threw herself into the science and began formulating policy ideas for global conferences. The Thatcher programme included debt relief for developing countries to persuade them to preserve their rainforests, and universal fuel levies. We would be in a much better situation today had she prevailed, but Lawson, her chancellor, responded, “These bizarre ideas are contrary to government policy and are political dynamite” and “must be deleted”. Tragically, though she was on the right side of the argument, Thatcher later went cold on the whole thing.

Among other revelations, to me at least, were her private visit to Aids victims; her enthusiasm for free libraries; her confusion about whether to improve or to replace the NHS; the sheer extent of her reliance on her adviser Charles Powell, not just to subvert the Foreign Office but in shaping and sharpening her thought processes; and how nearly Britain got caught up in the Iran-Contra scandal in the mid-1980s.

Although Thatcher is the pin-up of today’s anti-Brussels brigade, she was never quite the Eurosceptic they assume: at one point she complained to Geoffrey Howe about anti-EU posters against “the diet of Brussels”. Moore makes clear that for her the European problem emerged out of the anti-inflation problem. Once Lawson had lost faith in monetarism and turned to exchange rate policy instead, she was at war with him. He came to believe that, to deliver sound money, the pound must shadow the Deutschmark – drawing Britain into the wider European plan for a single currency. This disagreement began as merely a nagging ache at the heart of government, but it grew and eventually helped to bring Thatcher down.

The pressure on a prime minister is hard for any outsider to understand. How did she cope? On quite a lot of Famous Grouse whisky, but also by taking regular electric baths in a London suburb, overseen by a Lady Price, who practised Hindu Ayurvedic arts. Once the Iron Lady had arrived and disrobed, Price would “poach her in herbs in a hot tub and then literally electrify her… Standing at the foot of the tub, Madame would turn the amps up to .3 on the baffle plates which lined the bath… after an hour’s electrification she would rub down at the tingling body with natural flower oils”.

At this point in her life, the view from the fizzing bath showed less domestic reform, and more international politics. By the late 1980s Thatcher was at the very height of her global influence, an experienced stateswoman reaching out personally to Mikhail Gorbachev, swooping into Poland to give succour to Lech Walesa’s Solidarity, single-handedly changing Ronald Reagan’s policy on selling arms to Argentina, and hilariously failing to respond to Helmut Kohl’s attempts to woo her. She just loathed him.

Her biggest failure was her attitude to Germany. The fall of the Berlin Wall and the coming together of the communist East and capitalist West is today seen as a pivotal moment of joy and hope. She completely misunderstood it. Her anti-Germanism, going back to her childhood, was so strong she couldn’t see past it.

When the wall fell, Thatcher’s early response wasn’t jubilation but “we’d better be sure this doesn’t get out of hand”. She described the sight of German MPs singing “Deutschland über Alles” the following day as “a dagger in my heart”. Kohl’s drive for unity was, for her, merely “German selfishness”; and she took to asking other leaders the bizarre question, “Will it be 1913 again?”

George Bush, with whom she never got on nearly as well as with Reagan, quoted her warning that a united Germany would become “the Japan of Europe, but worse than Japan… Germany is in the heart of a continent of countries, most of which she has attacked and occupied. Germany has colossal wealth and trade surpluses.” The answer, she argued, was to tilt to the Soviet Union – a response that may have felt reasonable in 1941 but seemed strange in 1989.

There is an argument that what Thatcher was really worried about was undermining her new ally Gorbachev; and she feared that German reunification would drive European federalism further and faster. But Moore is honest enough to admit her visceral hostility to Germany was behind it all. After a summit of historians at Chequers to try to soften her attitude, she concluded, like a scolded child: “All right. I’ll be very nice to the Germans.” But she never was. And they always noticed. If Britain had trouble in Berlin during the Cameron and May governments – and if we are struggling with some of the fallout still – Thatcher’s inability to understand the changing shape of the world in the 1980s is partly to blame.

Meanwhile, the federalists carried on regardless, until in 1990 Thatcher was brutally isolated at the Rome summit, leading to her famous “no, no, no” in the Commons, and the collapse of her leadership. By then, inflation was romping back, the poll tax problem was unresolved, and her abrasive, cliquey style of government had alienated her party.

Thatcher wasn’t brought down because a bunch of wet, disloyal men mounted a cowardly coup. That’s too simple a story. She was brought down because her policies had failed. She hadn’t changed the course of European politics. She had helped to bring down the Soviet Union, but hadn’t foreseen the consequences. The economy was in trouble, and she wasn’t seen by the electorate as on their side. At a personal level, she had been too rude to other senior Tory politicians, and leaned far too heavily on unelected advisers. As in all good tragedies, the hero falls because of the hero’s flaws.

Today, we are still almost as split about Margaret Thatcher as we are about Brexit. Was she disastrous for us, or was she essential? Whichever side you take, this is the book to read.