Nathaniel Rich’s spirited and entertaining third novel is set in New Orleans in 1918, and the activities of its characters all revolve, at various removes, around “the Pit”, the construction site for a new canal that is making its way through the city. Carved from the prehistoric bayou by dredgers, mechanical excavators and teams of workmen, the Pit, subsequently known as the Industrial Canal, is a location rich in dramatic irony: a century or so later, its rupture during Hurricane Katrina will flood 80 per cent of the city. Back in 1918, however, various kinds of muck (social, spiritual, gruesomely physical) are already floating up from this open wound in the landscape. “Man,” one character observes sourly, “has no business making rivers. Digging up the past.”

Rich’s novel cuts deftly between the linked lives of three characters. The first is Bill Bastrop, a long-suffering police officer haunted by his experiences in the trenches of the First World War as he follows the trail of the “Axman”, a madman busy hacking and slashing his way through the small immigrant businesses of the city. (Like much else in this book, the Axman’s anonymous campaign of murder and intimidation is based on real historical events.)

The second protagonist, an elderly widow called Beatrice Vizzini, is a Sicilian businesswoman in the sense that Michael Corleone was a Sicilian businessman: her ostensibly respectable building company holds the contract to dig the canal, but her old “shadow business” of extortion, protection and murder is rarely far away.

Beatrice worries about her son, a lumbering beast called Giorgio, but she’s mostly consumed with her own wild imperial ambitions: “They were redesigning the very surface of the earth to their own specifications… They would make New Orleans the world’s greatest port again. They would etch their presence into the land, like a signature under a painting.” 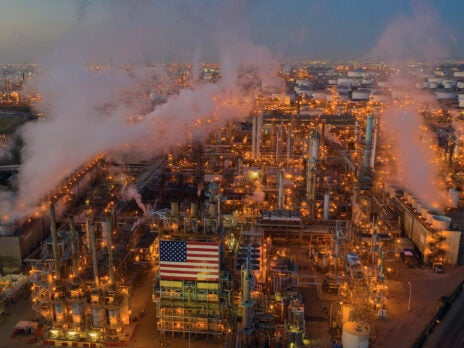 The third main character, and by far the most lovingly delineated, is Isadore “Slim Izzy” Zeno, a jazz musician poised at a significant time in the music’s history. As the novel opens, New Orleans’s greatest export is making ready to leave the city – people have stopped talking about ragtime and started talking about “jass”, and the first black groups have entered the recording studio – but it remains a “working-man’s music”, whose performers, with no notion of the extraordinary success that lurks in their futures, still despair of making it pay. “What did it say,” Izzy wonders furiously, “that King Oliver had to supplement his income by working as a butler in the Garden District, before the shame forced him to flee for Chicago? That Buddy Bolden was locked away at the State Insane Asylum? The kings knew New Orleans was dead. To believe otherwise, that it was possible to nurse a fledgling career in this misbegotten music, was delusional coming on insane.”

Izzy starts out as a petty hoodlum and canal labourer, and his rise to the title of “King Zeno”, a member of the city’s jazz royalty, provides the scenes in which the novel comes most vigorously alive. Clearly based in some respects on Louis Armstrong, he is a black musician working at a time when “every white man in New Orleans was intent on shooting the first Negro to give him cause”, and he plays music that rehearses the city’s violence and unease as a kind of exhausting tuneful rapture. “Slaughter me dead!” cries one audience member after a good solo. “That man is dangerous!” screams another.

Rich has clearly done a lot of research into this novel’s period setting, and his prose tone, which blends alert description and arcane slang with a sardonic contemporary narrative voice, is a consistent pleasure. Reading it, I was never far from the thought that King Zeno would make a great Netflix series, a murky pre-Prohibition thriller poised somewhere between LA Confidential and True Detective – but that observation also has something to say about the way that two of the main characters, the tired cop with a secret and the gangster thinking about going straight, can sometimes struggle to distinguish themselves from common archetypes.

The same is true of the plot, which proceeds to its climax (last-minute revelation, leering murderer, midnight gun-fight) along serviceable if broadly familiar lines. The result is a hugely readable, high-class period thriller but, oddly, one in which the least thrillerish character burns the brightest: a musician who “could do things with the cornet that nobody else knew how to try. He could make it sing, but he could also make it squawk, caper, weep, chatter and groan. He could make it speak English.”

This article appears in the 10 May 2018 issue of the New Statesman, Israel vs Iran