By now you’ll know that the women of Hollywood came together to protest the rampant sexual violence uncovered in their industry in 2017 at last night’s Golden Globes. All but three women wore black to protest and show solidarity against harassment in entertainment, Natalie Portman introduced the award for Best Director with the cutting phrase, “here are the all-male nominees”,  Meryl Streep, Michelle Williams and Emma Watson brought social activists Ai-jen Poo, Tarana Burke, and Marai Larasi with them on the red carpet, and Oprah delivered a moving speech that crucially emphasised the importance of standing up for working class women in less glamorous circumstances who are also experiencing workplace and domestic sexual harassment and abuse.

But what, I hear you cry, with rasping throats, about the men?!

How have they pledged to end toxic cultures that penalise the marginalised and encourage systematic abuse? 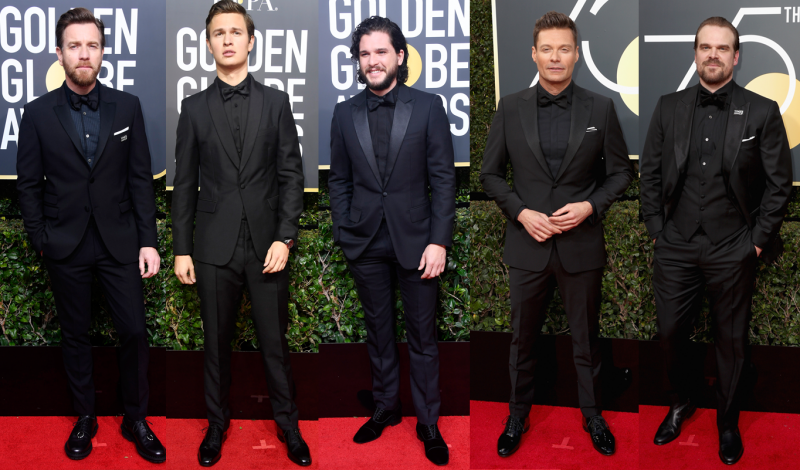 Some just a traditional tuxedo, but it still counts, because a tux is, conveniently, black!! 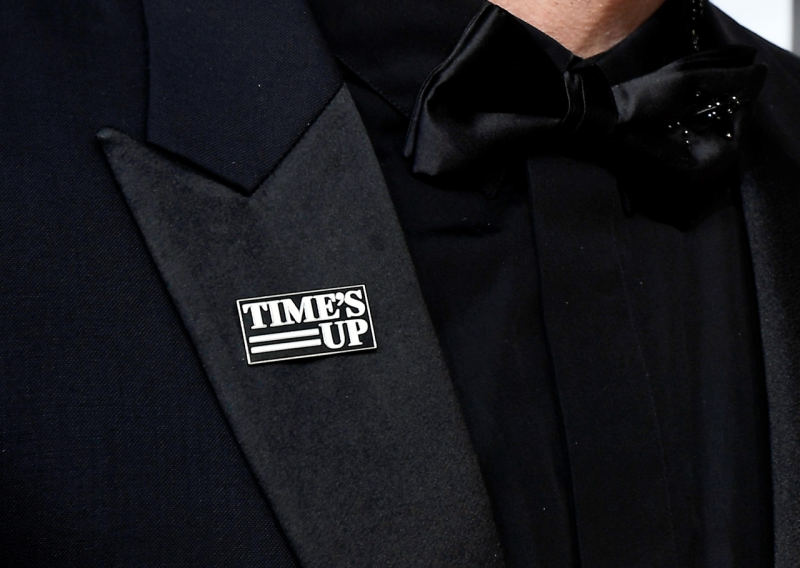 Many were quick to point out the hypocrisy of men like Justin Timberlake and Timothée Chalamet who are currently working with Woody Allen. Gary Oldman (who wore all black and a #TimesUp pin) has faced accusations of his own, and has previously defended Mel Gibson’s sexist rant at a female police officer. Armie Hammer was also singled out for his views on Roman Polanksi (calling him a “grey area”), as was James Franco for his infamous persual of a 17-year-old back in 2014.

Host Seth Meyers was one of the men at the Golden Globes who directly addressed #TimesUp. Beginning his speech with the phrase, “Good evening ladies and remaining gentlemen”, he used “powerful men and their terrible behaviour in Hollywood” as punchlines. “It’s 2018 and marijuana is finally allowed and sexually harassment finally isn’t,” he said. “It’s been years since a white man was this nervous in Hollywood.” He also referenced the activists attending the event alongside Amy Poehler, Meryl Streep, Michelle Williams and Emma Watson.

Meyers closed off his opening monologue with one serious note: “People in this room worked really hard to get here, but it’s clearer now than ever before that the women had to work even harder, so thank you for all the amazing work that you’ve all done and you continue to do, I look forward to you leading us into whatever comes next.”