Stephin Merritt has a stye. Sitting in a hushed greenroom at London’s Barbican, he presses a hot mug of tea against his left eye and winces.

An enormous Steinway grand piano shimmers by the wall, reflecting the room’s sparse glow from an electric candle and mirror framed in fairy lights.

“Have you ever had one?” asks the 52-year-old musician, after bowing in his chair in greeting (to avoid germ contact).

Set against the grandeur of his surroundings, it’s a fitting introduction to The Magnetic Fields frontman and cult chamber pop curmudgeon.

Medical complaints are just one theme in his painfully personal new album, 50 Song Memoir. It’s an epic, genre-bending variety show with a song for each year of his life, performed in two halves. The 1992 track “Weird Diseases” cites an ear condition that confines him to a soundproofed shelter from his band onstage – and means he covers his ears when applauded by the Barbican audience later that evening.

Waiting for his soundcheck in his signature brown flatcap, a beige and turquoise argyle jumper and fawn trousers (he only wears brown – it’s hard to get dirty, and matches his eyes, hair and beloved late chihuahua Irving), he’s about to perform the last show in The Magnetic Fields’ first tour in five years.

“I hate touring,” he tells me in his baritone drawl, his head cupped in one hand. “I can’t wait to get home.”

Before he returns to Hudson, New York, he’s taking a week’s holiday in London, which he first visited at 15. As he wrote in the song for 1980, “London By Jetpack”, its blossoming New Romantic scene passed him by.

“I was here at the right time, but I was not in the right places to experience it,” he sighs. “So I was doing touristy things and going to Madame Tussauds. Eating English pizza. I bought a Sherlock Holmes hat and London trenchcoat for my costume, I guess which was fun.”

Merritt went to high school in Boston, where he founded the revolving gaggle of musicians that make up The Magnetic Fields in 1989. The album 50 Song Memoir is their 11th. It’s an eccentric, dizzying journey from Merritt’s nomadic childhood of cults and communes with his bohemian mother, via a cockroach-infested ménage à trois and the 9/11 aftermath, to writing a silent movie score for 20,000 Leagues Under the Sea.

But it has the regular stuff too. Break-ups, unrequited love, absent fathers and all too present ex-boyfriends. In scope and ambition, it’s similar to The Magnetic Fields’ most famous work, 69 Love Songs (what it says on the tin), but it’s the first time Merritt has written a first-person, autobiographical album.

We hear bitterness and mockery in equal measure about his beatnik upbringing (“My mama ain’t no nudist/Except around the pool/She’s a Tibetan Buddhist/Like Catholic only cool”), dark musings on the AIDS crisis (“We expected nuclear war/What should we take precautions for?”), and the final song, 2015’s “Somebody’s Fetish” – like a filthier version of Cole Porter’s “Let’s Do It, Let’s Fall in Love” – acts as Merritt’s self-deprecating justification for finding love (“Nothing’s too strange for somebody’s palate/Some spank the maid and some wank the valet”). 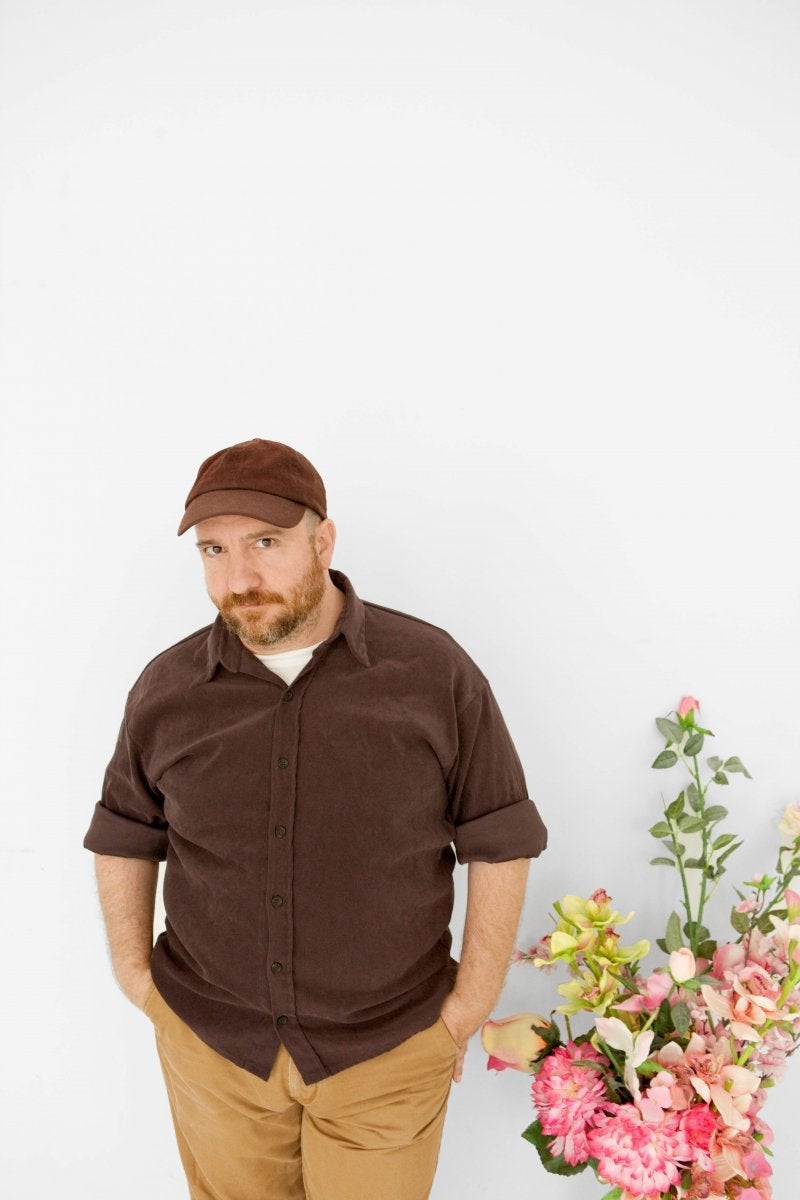 Like the Stephen Sondheim of New York’s underground scene, or a rock ‘n’ roll Noël Coward, Merritt’s acerbic observations and camp brand of miserablisim have established him as an extraordinary lyricist over a quarter century of music-making.

Throughout the 25 albums he’s made with different bands and as a solo artist, Merritt’s words are brought to life by theatrical scores and an experimental use of instruments – but nowhere more celebrated than with The Magnetic Fields.

“I keep wondering if this album has been so well-reviewed partly because people think it would be boorish to question bearing my soul,” he says. “Because reviewing it is like reviewing a person.”

Although 50 Song Memoir seems like a highly revealing “audio-biography”, Merritt insists: “I am against soul-searching in general. I don’t believe in souls in the first place – and if I did, I don’t know how one would search them.”

He points out that these songs are more likely to provoke laughter than tears. The “psychoanalysing” by critics annoys him. “I have to perform these things and I do not want to burst into tears on stage,” he says, his eyes widening. “I don’t want to stand on stage humiliating myself and the audience.”

Merritt recalls crying while performing The Magnetic Fields’ classic ballad “The Book of Love” at the funeral of a friend who died suddenly. “That is the last time I will ever do that,” he smiles drily.

The 50 Song Memoir show is more of a revue, with wry narration by Merritt between each song, and band members playing everything from the omnichord to a saw. The singer himself sits in his pastel-hued soundproof booth, surrounded by 16 dolls houses and other trinkets from his own home – Hooty, his stuffed owl, little wooden animals, quirky instruments and “some of my lunchbox collection”. It makes him feel “weirdly” at home.

Thank you so much to everyone that came out to see us in the U.K.! #themagneticfields #50songmemoir pic.twitter.com/K93usZwGpG


Before releasing these songs, Merritt contacted every person he names to run the lyrics by them – including his mother, who burst into tears when he played the music for her in his studio.

“What I’m saying about her is not necessarily criticism on her terms,” he says. “So she should not feel insulted, and I said that. She agreed and said in fact [she didn’t] feel insulted.”

You get the impression Merritt enjoyed the mechanics of writing 50 Song Memoir more than the emotional vulnerability. It pieces together lyrics and music he had written back in the Eighties and never released, and even a guitar solo he wrote at the age of 11. It features 100 instruments, many from his own collection. He also notes the challenge of finding rhymes for so many proper nouns. “I usually let the rhymes lead the narrative,” he says, calling them, “the automatic plot generator”.

Merritt mostly wrote this album at a couple of bars in his neighbourhood, filling around five notebooks overall. He buys expensive pads – to try and guard against losing them – which look as different from each other as possible, “in the hope I will be able to find a song or a thread more easily with visual help: ‘this was the piece of music I wrote in the flowery notebook with a robot on the cover’”.

A useful system for when he returns at the age of 100 to fulfil his vague ambition of adding another 50 songs to the piece (“I have quite a while to decide.”)

It’s soundcheck time. After admiring my rucksack (it’s brown), Merritt says goodbye without getting up, apologising again for his stye.

Never mind, perhaps we’ll hear about it in a song in 50 years’ time?

The Magnetic Fields performed both halves of 50 Song Memoir at the Barbican. Listen to Stephin Merritt discussing the show on the Barbican podcast here.