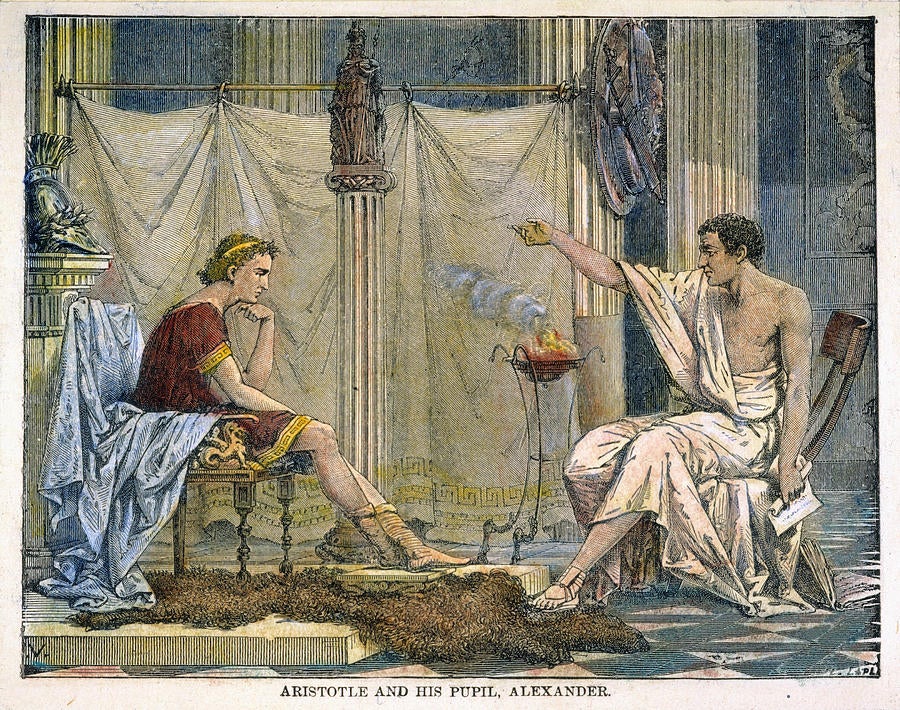 Tomorrow on Radio 4, I’m exploring the revival of Aristotle’s ideas in public policy, and in particular how they’re influencing policies in economics, mental health, education and civil society.

Aristotle believed that the aim of the good life is flourishing, or eudaimonia, by which he meant the fulfillment of our rational, social and spiritual nature through “virtuous activity”. He thought democracy was the form of government best suited to popular flourishing, and that governments should try and encourage flourishing though legislation, particularly through education.

His philosophy was, via Thomas Aquinas, the ruling philosophy of medieval Christendom until the early modern era, when philosophers from Machiavelli to Thomas Hobbes argued for a more realist and less idealistic form of government, one that worked with human nature as it is, rather than trying to shape it into what it ought to be. More recently, liberal philosophers like John Rawls or Sir Isaiah Berlin insisted the government should not try and promote any positive conception of the good life – that way lies illiberalism and tyranny.

What’s changed? Partly a sense grew up in the 1990s that if government remained ethically neutral, the philosophy of the free market won by default. Economists like Amartya Sen and Jeffrey Sachs insisted classical economists had falsely tried to divorce economics from values like justice and flourishing.

At the same time, the new fields of Positive Psychology and behavioural economics tried to create a “science of flourishing”, showing what activities actually made people happier and more satisfied with their life – it turned out to be precisely the sort of “virtuous activity” promoted by Aristotle.

This led to a new “politics of well-being”, based on Aristotle’s idea that governments can and should promote our flourishing, through education, through supporting civil society, through mental health policy, and through a more just economics. As of 2010, the Office of National Statistics actually measures our levels of “eudaimonic well-being”, while the government has also launched a What Works Centre for Well-Being.

Today, according to Jon Cruddas MP – Ed Miliband’s chief policy coordinator – Aristotelian politics is “the new centre ground”. On the left, its supporters include Cruddas, Lord Maurice Glasman, and Tristram Hunt, who supports the introduction of “character education” in schools. On the right, Aristotelians include Nicky Morgan, who also supports “character education”; former policy advisor James O’Shaughnessy; David Willetts; and Oliver Letwin, who wrote his dissertation on Aristotle.

Cross-party Aristotelians include former head of the civil service Sir Gus O’Donnell, who I interview for the programme; Lord Richard Layard; the American philosophers Martha Nussbaum and Michael Sandel; and the American psychologist Martin Seligman.

Is this new politics of well-being sinister? Illiberal? Wishy-washy? Is it the triumph of the therapeutic state? It could potentially become all these things. But these are early days, and so far, its main achievement has been to put much greater political emphasis on mental health policy – one of the Lib Dems’ key manifesto pledges is on mental health policy, which is a historical first for British politics, and a direct result of the new politics of well-being.

Where the movement goes from here is up for grabs. It may well die out – Aristotle warned that a politics of the common good becomes impossible if societies become too unequal. For the moment, I support it. As an unashamed “popular philosopher”, I admire Aristotle’s vision of a democratic society where all citizens become philosophers.

Of course, his society was small, relatively homogenous, religious, and supported by a large slave population. The challenge is to actualise that vision in a vast, capitalist, democratic and multicultural state like ours.

Jules Evans is the author of “Philosophy for Life”. His programme on Aristotle is on BBC Radio 4 on 31 March at midday