There is one thing that all writers have in common and which can be at turns honourable or ignoble: self-exposure. Great writers as well as wretched ones, the famous as well as the obscure, the self-aggrandising as well as the self-deprecating, the ingenuous as well as the venal, heroic investigative journalists as well as the most abject gossip columnists – all leave themselves targets for criticism, ridicule, pity or scorn when they publish. You will either offend someone, or, much worse, offend nobody. You might show yourself up as either spiteful, obsequious, unknowledgeable, cruel, naive, mendacious or foolhardy. Almost everybody who makes a living from their writing naturally wants it to be noticed and read. Even so, many of us have at least one thing we have put our name to that we have later regretted and desperately hoped might never again resurface to embarrass us, something that is far from guaranteed in an age of social-media outrage cycles and Google caches with very long memories.

Plenty of things keep us in check, not least libel laws, or professional constraints – writers as varied as John Le Carré, Flann O’Brien and Yasmina Khadra have adopted pseudonyms so as to keep their jobs – but probably the most pervasive source of self-censorship is your relationship with people you know. Of course, wilfully alienating people on a regular basis is neither advisable nor laudable but the exigencies of enclosed social circles often mean harsh truths remain unsaid and back-scratching thrives.

Few people want to jeopardise their careers by saying unkind things about certain figures or institutions. But what about those people who don’t necessarily wield any influence but whom you don’t want to upset? I’m thinking of friends, family and other acquaintances. John Fowles was so intimidated by what his parents might think of what he wrote that he felt he needed them to die before he could really get started. Geoff Dyer’s work is littered with personal details that many people would shudder at their parents knowing but he says that his never showed any interest in reading his books. Others have been less compunctious – Pat Conroy’s novel The Great Santini was such a thinly-veiled portrayal of his tyrannical military father that Conroy’s mother presented it to the judge at her divorce proceedings, saying, “everything you need is in there”.

And then there are writers for whom writing is a way of avenging personal slights – Dante’s Inferno is populated by various contemporary Florentines the poet disliked (not to mention Pope Boniface VIII, who inhabits the Eighth Circle of Hell). Claire Bloom was more than a little miffed to find herself portrayed in a very uncomplimentary way in her ex-husband Philip Roth’s I Married a Communist. Hemingway similarly took revenge on ex-wife Martha Gelhorn with a pretty vicious characterisation in Across the River and into the Trees.

Flaubert’s paramour Louise Colet took exception to details of her private life surfacing in Madame Bovary and promptly cast Flaubert as a philandering booby in her novel Lui. The novel was a bestseller and nobody was unaware of the inspiration for the character. A latter-day Gallic Lothario, Dominique Strauss-Kahn, unwittingly provided material to his former mistress Marcela Iacub who wrote about their relationship in her 2013 novel Belle et bête. The former IMF chief, presumably unacquainted with the Streisand effect, got a court injunction against the book, which now means that a notice highlighting its connection to him appears on the flyleaf of every copy. 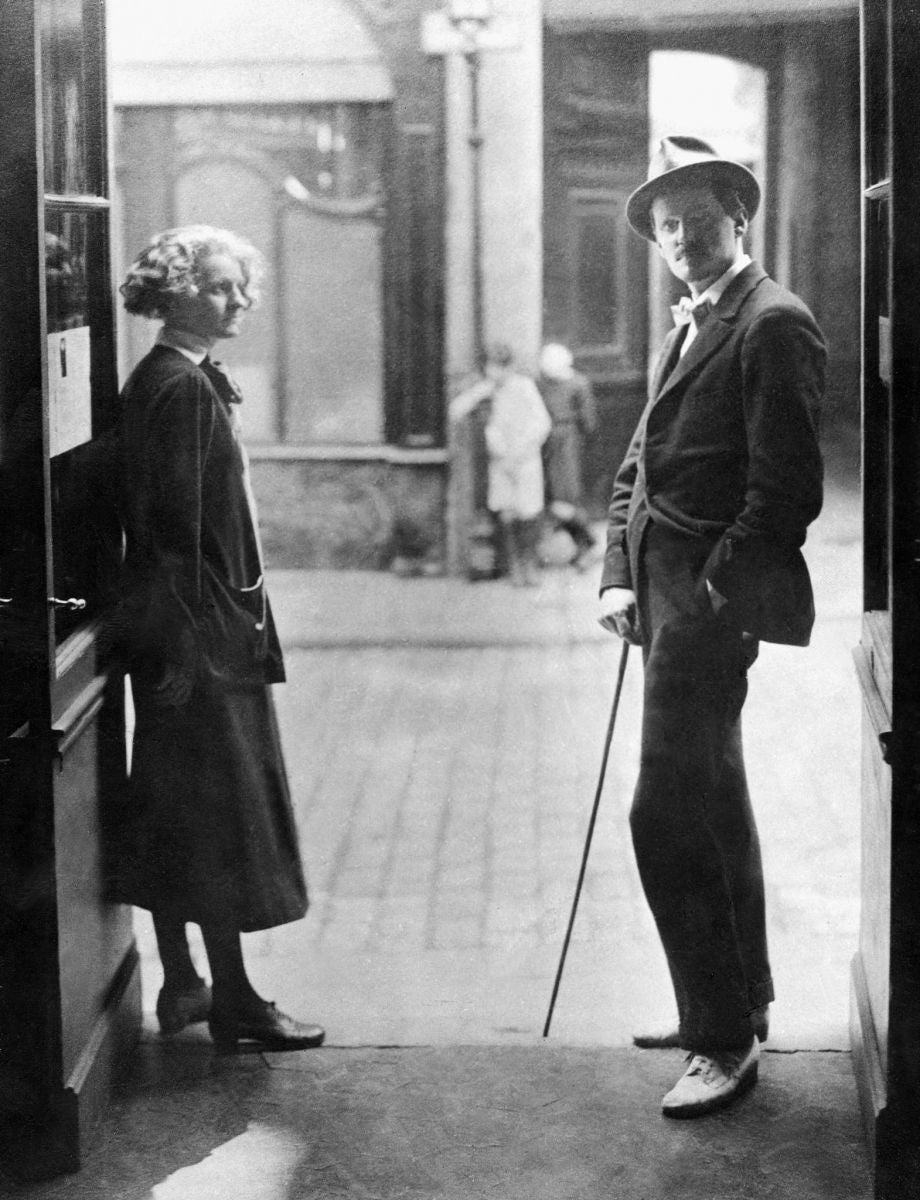 The Irish writer, doctor and later Senator Oliver St. John Gogarty was forever worried, after his ill-fated spell living with James Joyce in the Martello Tower in Sandycove, that Joyce would make him a character in one of his novels. His fears were realised when he was immortalised as “Stately plump Buck Mulligan”, the first character the reader encounters in Ulysses, one of a number of real-life figures to appear in the novel. More recently, crime writer Peter James responded to a gratuitous act of rudeness by former schoolmate Martin Amis by writing him into a novel as Amis Smallbone, a poorly endowed fellow who was “never half the man his father was”.

While the desire for literary revenge might be understandable (if not always justified) there are other writers who needn’t have a grudge to be unkind. Michel Houellebecq offended a former colleague who appeared as an unattractive character in Houellebecq’s first novel Whatever, with his name unchanged and even the same posters pinned to his office wall. Houllebecq’s latest novel Soumission, about the coming to power of an Islamic party in France, has offended French Muslims but former presidential candidate François Bayrou and news anchor David Pujadas will hardly be happy at the way Houellebecq portrays them as unthinking buffoons (this didn’t stop Pujadas from sympathetically interviewing Houellebecq on the eve of the book’s publication).

Samuel Beckett, a man not generally known for being unpleasant, offered up a caricature of the poet Austin Clarke in Murphy, making him a mental-hospital orderly Austin Ticklepenny, particularly cruel given Clarke’s troubles with mental illness. Beckett no doubt felt Clarke’s sentimental lyric poetry was ripe for satire but the characterisation in Murphy doesn’t reflect well on himself. 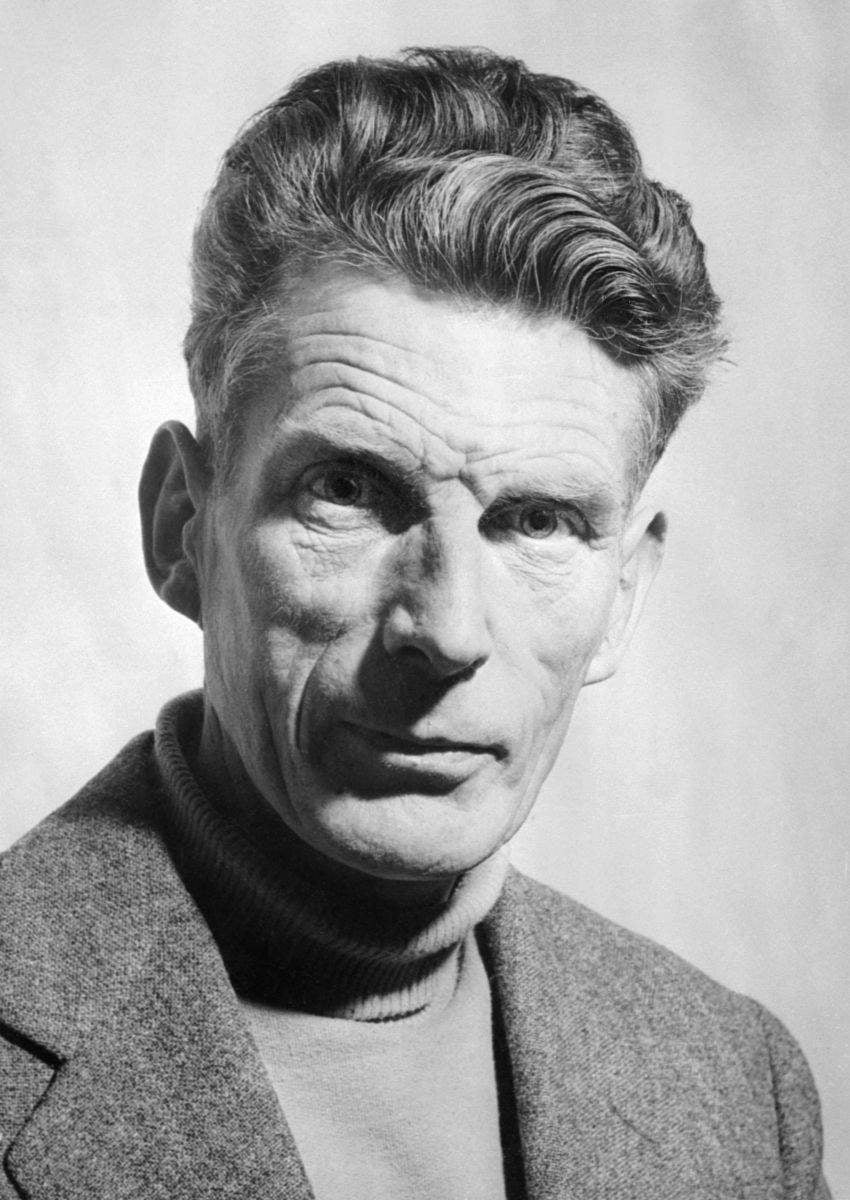 Samuel Beckett in Paris in the 1960s. Photo: AFP/Getty Images

There are legions of subjects and interlocutors throughout journalistic history who have been left disgruntled by the way hacks whom they thought they trusted later portrayed them. Åsne Seierstad, author of the bestselling The Bookseller of Kabul was sued by the actual bookseller’s family, whom she had observed over the course of five months, for invasion of privacy, though was later acquitted by an Oslo court.

The French writer Pierre Jourde got in trouble with the inhabitants of his father’s home village after they saw themselves portrayed as inbred alcoholic hicks in his 2003 novel Pays perdu – Jourde imagined that nobody in the village, where he had a holiday home, would ever read the book but it appeared in a local newsagent and he was assaulted on his next visit. The Paris literati declaimed an assault on freedom of speech though surely they too are aware of the advisability of not insulting people you are going to have to interact with in the future. (To give Jourde his due, he is equally willing to make enemies among major French writers such as Philippe Delerm and Philippe Sollers, as he did in his 2002 essay La Littérature sans estomac.)

Like Oliver St. John Gogarty, you might want to be wary of the writers in your midst, particularly if you have had romantic attachments to them. But not all writers are as willing to throw the details of their lives as candidly onto the page, causing collateral damage to all that know them, as Karl Ove Knausgård did in his My Struggle cycle. Most are probably fretful of too much that is recognisable to people they know seeping through into the work.

Or simply writing something that you wouldn’t want your mother to read and cause uncomfortable silences next time you are around for Sunday lunch. But ultimately, a writer needs to shed self-restraint and be at least slightly anti-social to succeed, and hope those they know are understanding. As Carl Franklin advises young writers: “your mother is not reading what you have written. These words are your private preserve until the day they’re published…And even if someone, at that time, gets upset with your words, so what? Live your life, sing your song. Anyone who loves you will want you to have that.” We live in hope.