Don’t panic, ladies and gentlemen. Colin Firth hasn’t shrunk. His latest film is not about a tiny besuited man and his struggle to survive in a world terrorised by gargantuan women. If you look closely you’ll see that our old friend perspective is at work, and that Firth has been pushed to the back of the picture so that in the foreground a shapely female arse and pair of legs can frame him. 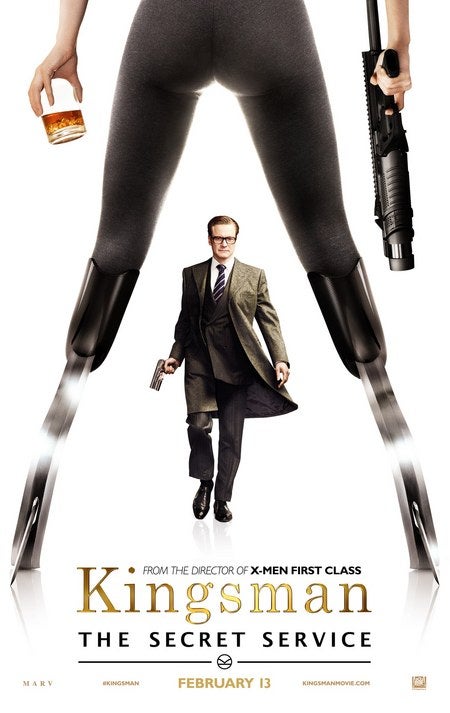 In a conscious aping of the poster for the 1981 Bond film For Your Eyes Only (complete with gun held downward in right hand), the publicity department for Kingsman have solidified the towering wall of posters using this curiously popular trope: man looks on at faceless woman’s legs in tight outfit; audience is lured into cinema by promise of pert buttocks; woman straddles and opens herself up to the real hero of the film. 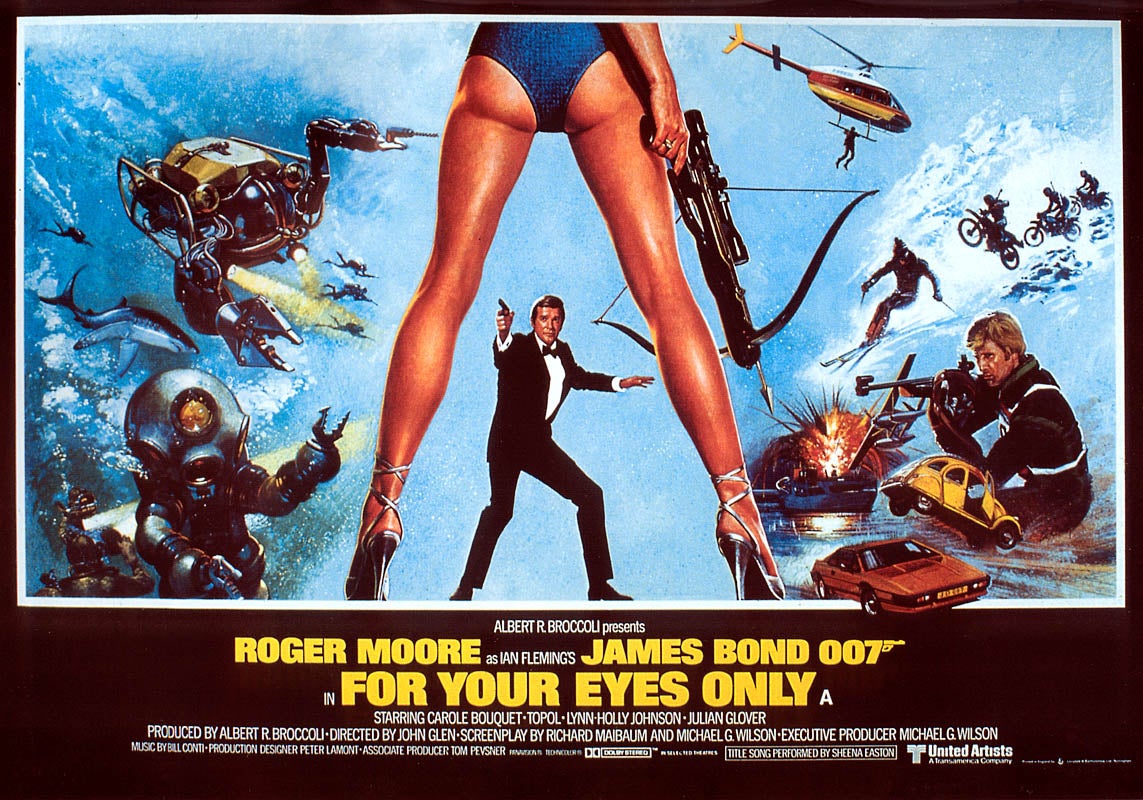 In one trailer, Sofia Boutella, who is the woman in question and plays a character called Gazelle, has no lines. In another she has one line. You could be forgiven for thinking her character is not crucial to the film. You could also be forgiven for thinking that a poster in which Firth faced down the film’s actual villain – Valentine (Samuel L Jackson) – with Jackson’s arse similarly photoshopped, would not have drawn in quite as many teenage males. Proving exactly this, and that the technique is one of cynical cosmetics, there is another poster in which Jackson replaces Firth and looks menacingly at Boutella’s crotch. But their characters are in allegiance; she has no need to threaten him with a gun. The publicity department seem to have written “lady’s arse in tight trousers” on a whiteboard, and decided that, once they went ahead with that, nothing else would need to make much sense. 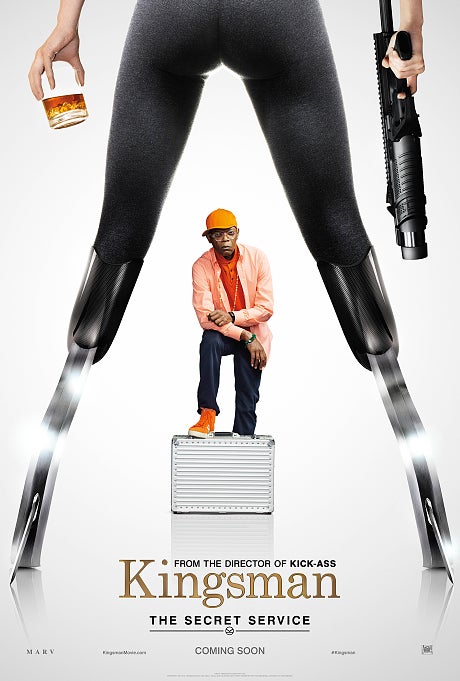 In a great deal of posters guilty of the same cynical tactics, the woman is not only cut off at the waist but is also wearing virtually nothing. To give Kingsman’s publicity department minimal credit, they have kept Boutella comparatively covered; but, realising that doing so probably wasn’t sufficiently arousing, they have made her trousers almost obscenely tight. Marvel at the effort that has gone into artificially enhancing the curvature of Boutella’s buttocks. That is someone’s job. Someone was paid to do that.

A famously dependable way of sniffing out sexism is simply to test whether or not a situation is as applicable to one sex as it is to the other. When was the last time, in other words, you saw a film poster on which the legs and shapely arse of a faceless man loomed over the heroine of the story? Answers on the back of a postcard, please. On the rare occasions that the technique is approximately reversed, something interesting happens: rather than being relative equals, both holding guns, it is the man who wields the power – generally with a phallic weapon – over terrified, scantily-clad women. 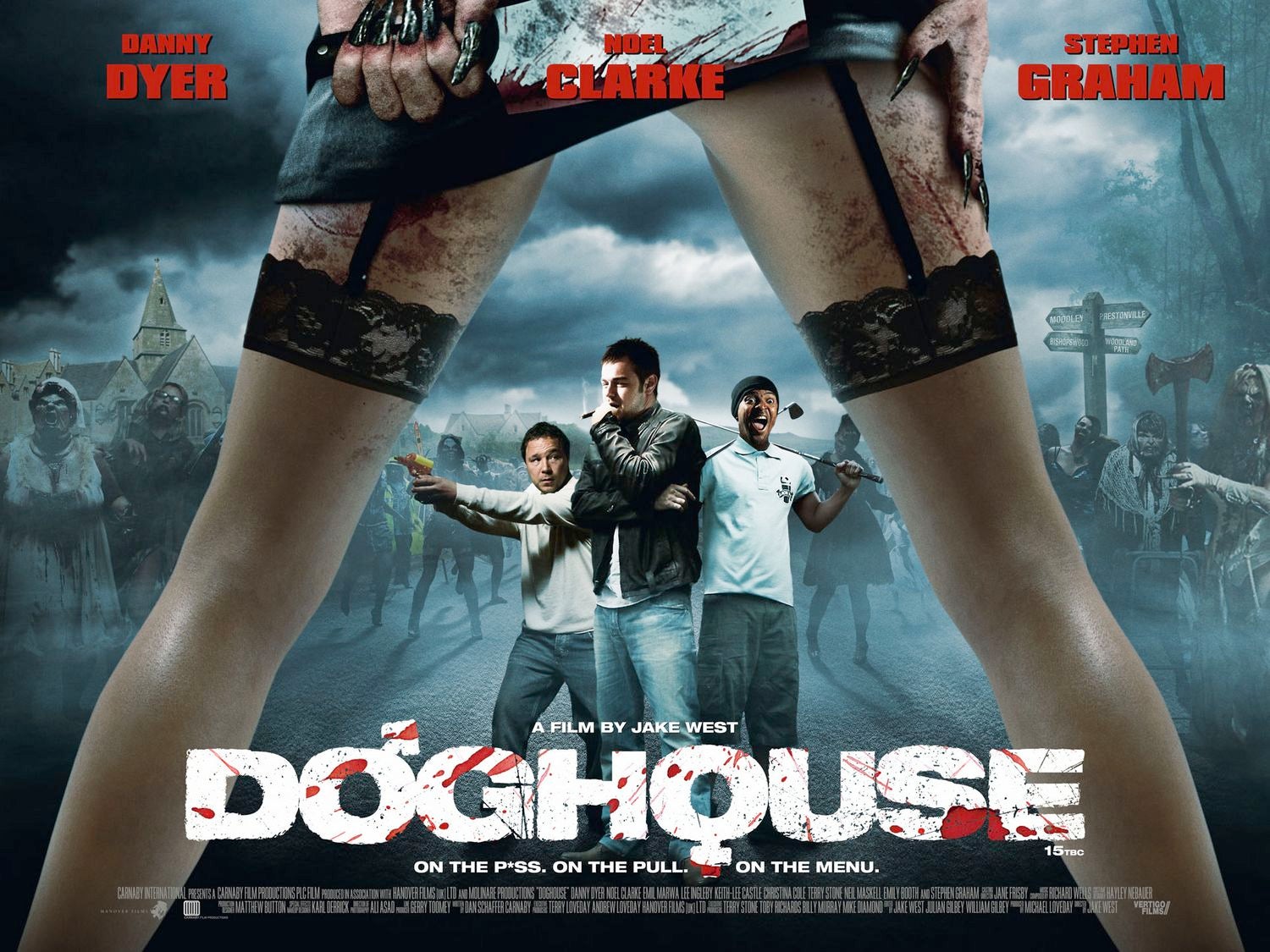 And, when a roughly comparable film like Tomb Raider comes along, a film in which the lead character is a no-nonsense action heroine, is Angelina Jolie a serious figure in the distance, framed by a titillatingly tight male tush? No. Her breasts are artificially pronounced and she is wearing tiny shorts. If you want an action film, in other words, you’d better just get on board with the fact that women’s bodies are its currency. 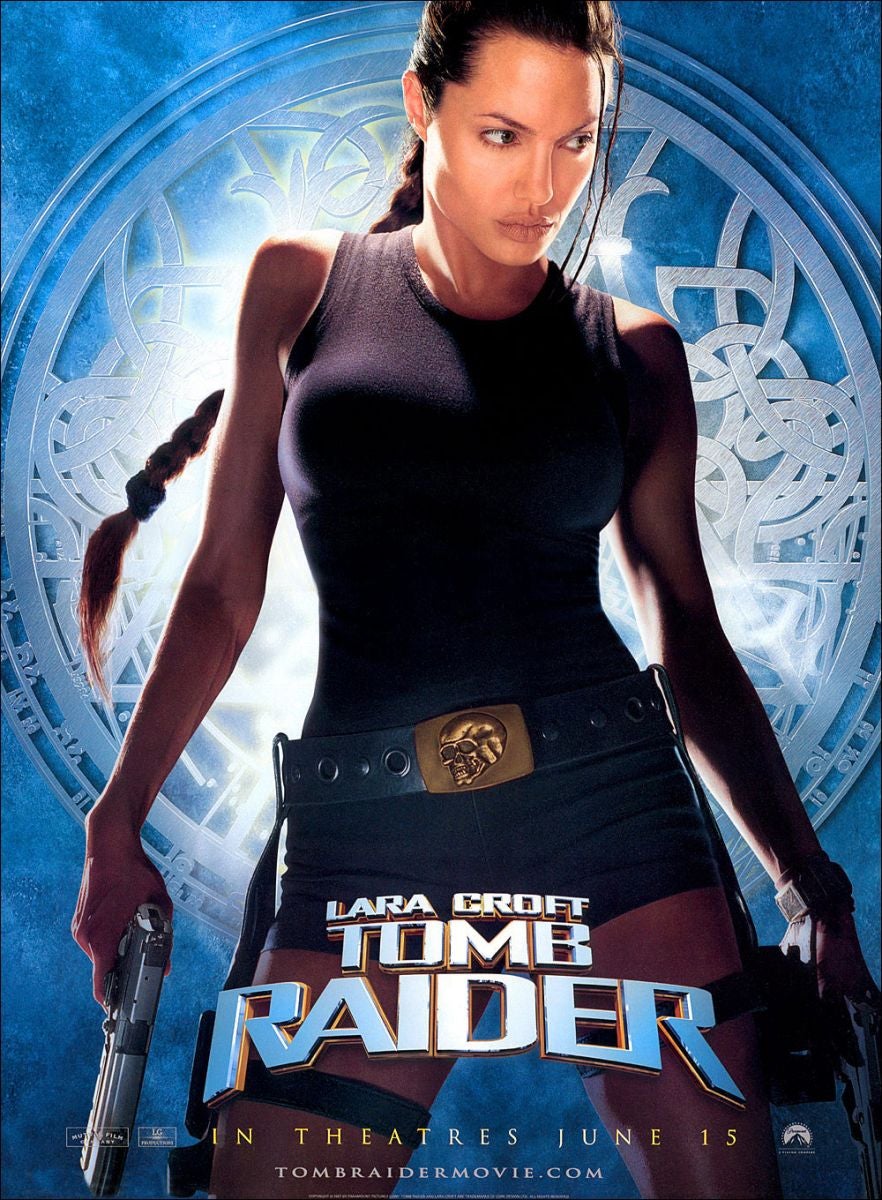 Especially in light of the paucity of women in the Oscar nominations this year, it is difficult to shrug the feeling that cinema caters primarily to heterosexual men. Posters like this reinforce the impression, however accurate it may be, and give women increasing reason to think that they are better off turning their back on the industry.