Apocalypse soon: the scientists preparing for the end times

A growing community of scientists, philosophers and tech billionaires believe we need to start thinking seriously about the threat of human extinction.

A fascinating documentary from 1965 shows what Soviet scientists hoped would be possible with colonisation of the Moon.

It is being called the most severe health emergency of modern times. But are the fears of mass contagion in the west overblown?

The sexist pseudoscience of pick-up artists: the dangers of “alpha male” thinking

We can mock the men in silly hats who claim to be experts in picking up women, but their weird anthropological worldview – of “alpha males” competing for “targets” – is a nonsense that has bled out into other sexist discourse.

Wandering in the heavens: how mathematics explains Saturn’s rings

How maths is changing cosmology – and why the best way to reach a comet near Mars is to go round the back of the sun.

We may never teach robots about love, but what about ethics?

Do androids dream of electric Kant?

The Periodic table versus the Apocalypse

Not just a faded poster on a lab wall, but “as impressive as the Pyramids or any of the other wonders of the world”. The table also holds the key to finding replacements for antibiotics.

“Jews are adapted to capitalism”, and other nonsenses of the new scientific racism

Nicholas Wade’s A Troublesome Inheritance argues that the genetic differences between racial groups explain why the West is rich and Africa is poor – but beneath the new science lies an old, dangerous lie.

Maths is all Greek to me: how language barriers influence mathematics

The Navier-Stokes equations, which describe how fluids such as air and water flow, may finally have been proved to work in every situation.

The planetary scientist Collin Pillinger, who died aged 70 this year, argues that it’s our thirst for discovery that makes us human. 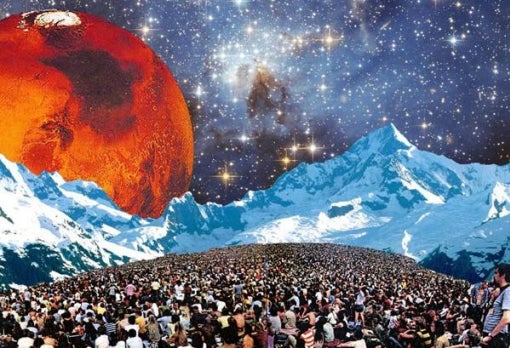 Death on Mars: would you take a one-way trip to space?

Within a few decades, we will have the technological ability to send humans to the red planet – as long as they don’t want to come back home again.