It’s taken eight whole smog-addled weeks for the candidates to be hoisted out of the urban sprawl and onto virgin countryside terrain, but we got there eventually. Granted, they’ve meandered to Kent and had a little canal trip through Oxford in recent weeks, but we haven’t yet had the pleasure of seeing our sad suited automatons looking incongruous in the real English wilderness. A glaring oversight, considering the importance of the “rural market”, which is what this week is all about.

“You’ll be selling – products,” Lord Sugar informs the candidates, by way of explaining what exactly the “rural market” is. Weighing then heartily slaughtering pigs and selling bloated marrows sporting comedy rosettes is what comes to mind, and it turns out this isn’t actually that far from the truth, as the teams are sent to get their burnished winklepickers grubby at an agricultural show.

The Royal Bath and West Show is quite different from the eaves of steel spires the bored camera so often grazes as we are wafted over the City and Canary Wharf seven times per episode. Instead of the Shard slicing London’s charcoal skies, Somerset has a small sheep pushing its head through a gap in a clammy marquee. Rather than swarms of commuters clicking across Millennium Bridge, here we have some ruddy Morris dancers, skipping around a meaty herd of tug-of-warriors, all wiry fur and cricket-ball knees. When they arrive, the candidates look like they’ve each swallowed a gallon of Octi-Kleen. 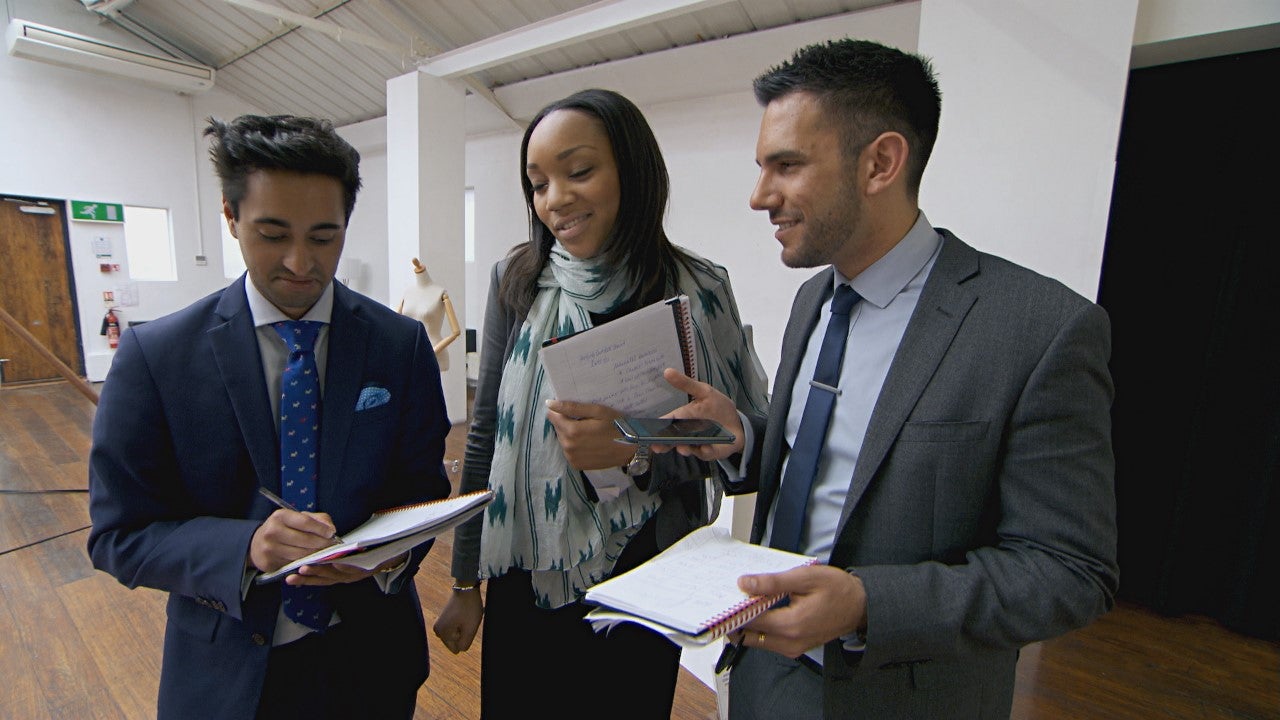 But before they’re let loose at the fair to be watched scornfully by parading heifers, the teams have to choose the products they will sell to the people of Somerset. Felipe – reciting, “logistics, tactics, organisation” – takes Tenacity’s reins, and James – “I fancy it; I’ll put my balls on the line” – is in the saddle for Summit.

Then a few from each team go to a showroom of pointless rural accoutrements and pretend to understand the value of the products. “It’s so quirky, I absolutely love it, it’s so different,” gushes Felipe about a tweed “flatcap handbag”, which sounds like the tabloid label for some sort of class-defying tax George Osborne would accidentally introduce. Felipe and Mark buy a batch without negotiating. In the sales world, we call this “shopping”.

On the other team, Solomon and Sanjay decide upon bicycle trailer attachments for carrying children, and pet finders for, well, finding pets. Ignoring his teammates’ advice, James overrules them and goes for foldable wellies (useful when packing a suitcase for a swamp holiday) and hanging garden chairs (useful for the 1970s) instead. “To me, that’s really bad,” is Solomon’s enraged battlecry.

They also have to choose some “big ticket items” (ie. “expensive stuff”) to go with the tat from the showroom. This is one of the tensest moments of the whole series, as each team battles to win the right to sell hot tubs to those raunchy country folk who have a spare £4000 to fork out at a moment’s notice for a steamy outdoor group experience.

But first, Daniel barrels through trying to convince a bemused barbeque seller that “we’re infected by it; we feel the passion” and after being warned by Katie that he was “a bit intense”, tones it down for the hot tub man. “We’ll be making sure people leave with a smile,” he grimaces.

James then has a try for the hot tubs, shaking hands with the retailer, Anthony, assuring him that he likes the product: “Derek, Derek I do”, he cries, like a doomed bride.

Needless to say, Anthony doesn’t like being called Derek, so he jilts James and goes for Team Tenacity instead. 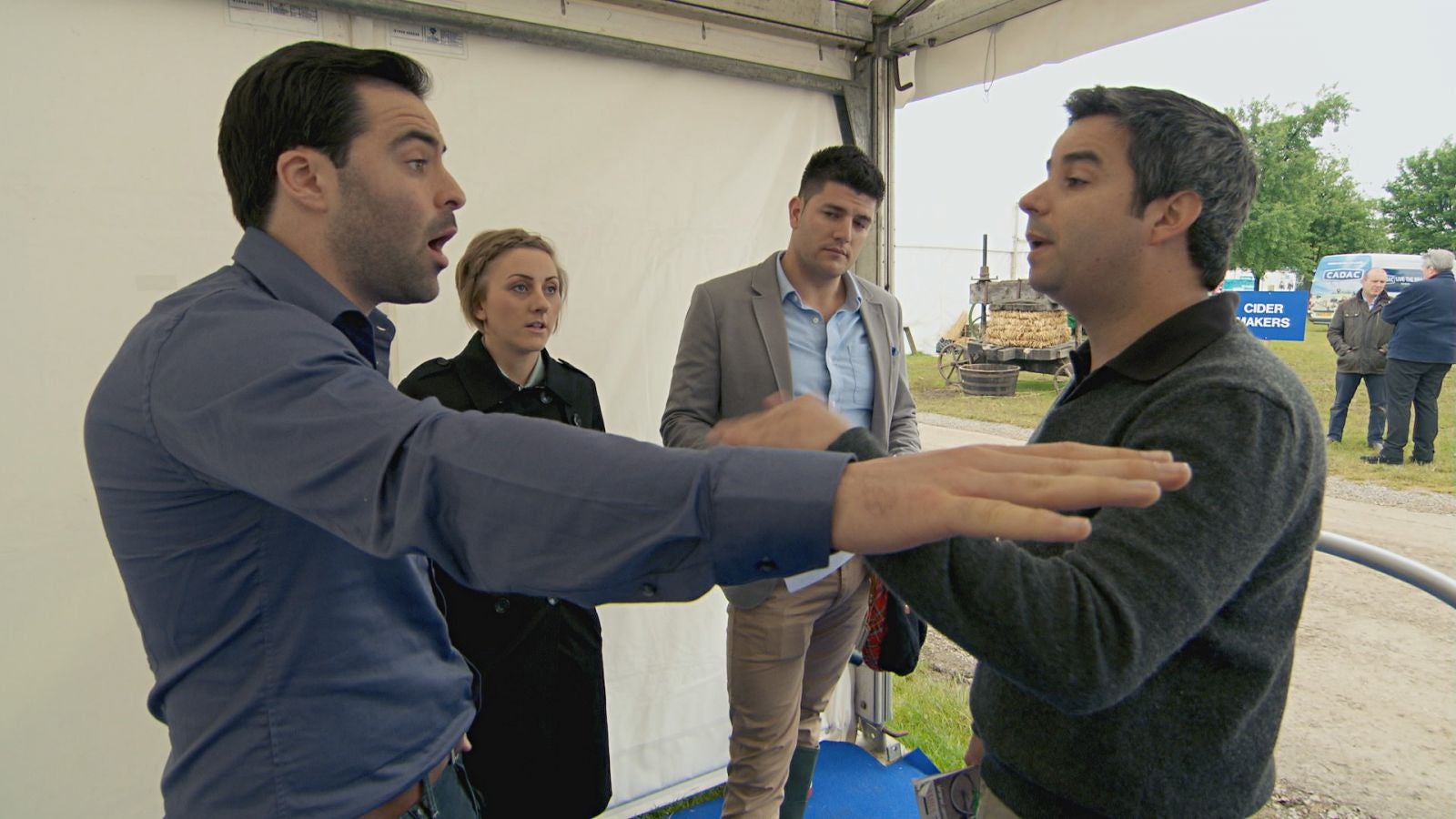 There follows a scene of such abhorrent childish obstinacy from James that you almost drop your already-wavering wry disdain for the Apprentice for pure, all-out hatred of the bloody thing.

James wants to lie to the rest of his team and tell them he decided against selling hot tubs in favour of lawnmowers (I know, a mad decision at a rural fair where none of the punters star in MTV). “My advice would be to tell the truth,” says Roisin in measured, if incredulous, tones. “It’s what I want,” James sneers, mowing her down with his lawn of lies.

But if James appears a little tetchy this week, he is nothing in comparison to Daniel. Felipe innocently blinks that he and Daniel will attempt to shift the handbags. Predictably, the latter is furious – he wore his best shiny aubergine shirt for the uniquely sleazy opportunity to sell hot tubs, which would now be Katie and Mark’s responsibility. “It’s whoever got into his brain first,” he seethes, his neck pulsating with bile, when Felipe’s beleagured brain makes the controversial decision. 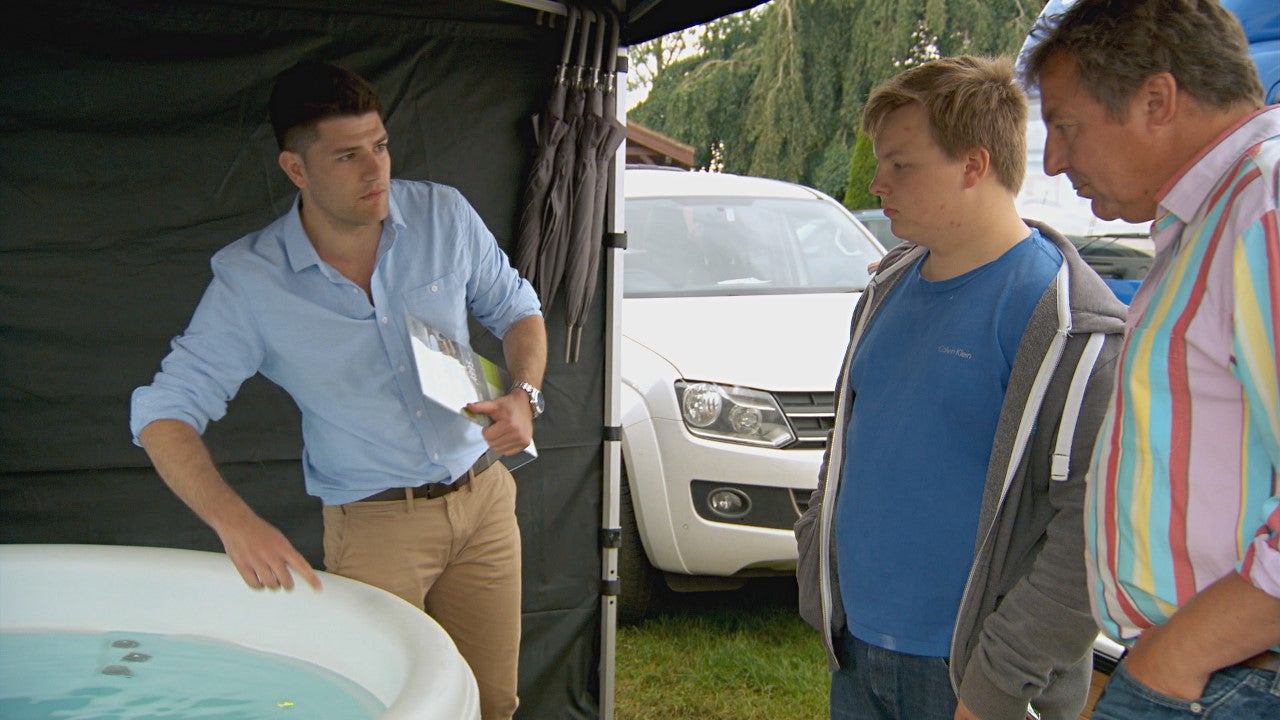 The boardroom, or “bearpit of sexism” as I think we can safely label it this series, sees Lord Sugar mocking the men of Team Tenacity for taking instruction from Katie. “You called up mum and asked her what to do?” he taunts. “Mummy calmed you down a little bit?” Let’s hope the business plan Katie submits to Sugar is for opening a crèche, otherwise he might be really confused.

There is also yet another male genitalia innuendo, which I really can’t be bothered to report here, because it was a real flop (eh? EH BOYS?), followed by Felipe asserting “I am not going to change from being a nice man”, Nick Hewer unaccountably calling Sanjay “nameless” in chilling tones, and James still insisting, as he has done for weeks, “I’m hungry for this.” For God’s sake, someone take the man to Bridge Café and buy him a sandwich.

And of course, that is where he ends up, as Team Summit loses to Mark’s mass-trade of hot tubs. “I called the guy Derek twice instead of Anthony,” is James’ mea culpa, as the boardroom’s straight-faced artifice dissolves completely into giggles. He is, inevitably, fired. Still, at least he can get something to eat now. 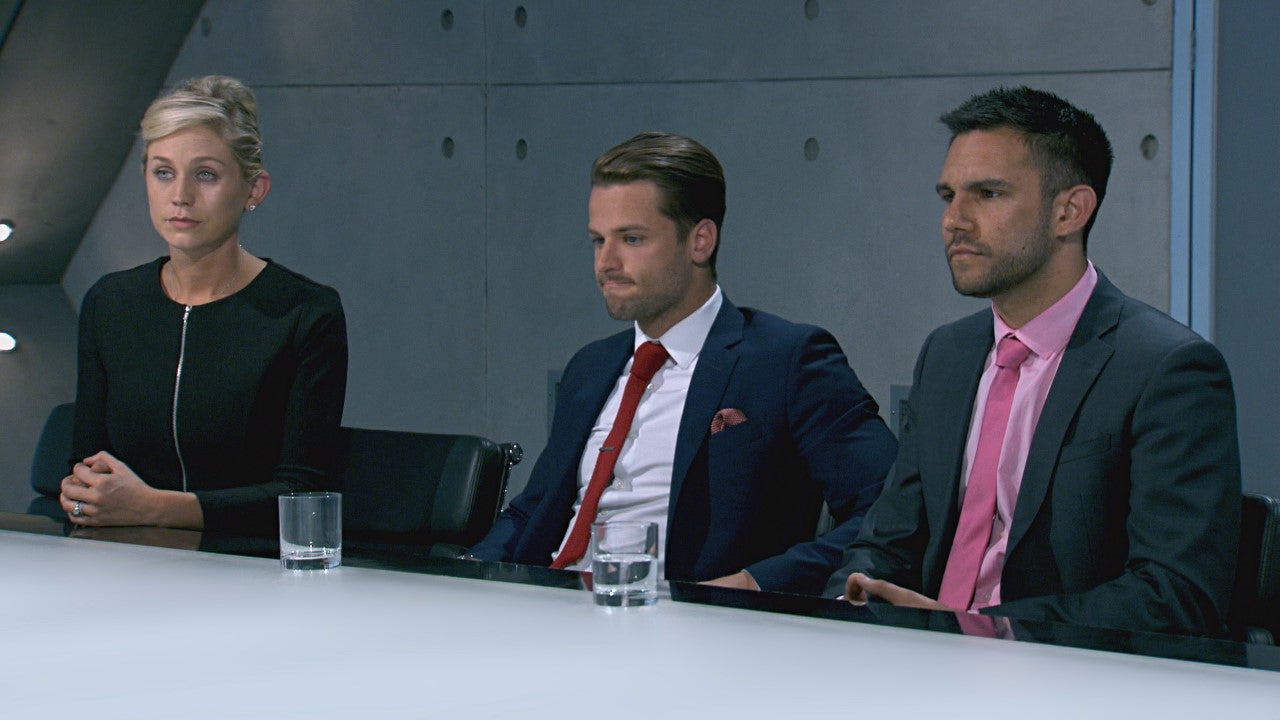 “You’ve worked in banking all your life. You only sold three pairs of foldable wellies,” may be his epitaph.

His clenched jaw won’t survive much longer without actually locking.

Calm, professional, and super-smoothly Irish, is she too similar to the last series’ winner Dr Leah to last the process?