The jihadis on the gate radiated warmth. “Welcome, brother, welcome,” they greeted me, clasping my hand, smiles beatific, their eyes glowing with that ethereal shine peculiar to those with only the most ardent sense of self-righteousness.

It was the summer of 1994. The Bosnian war was in full throttle and among the hundreds of foreign jihadists who had arrived there to fight on behalf of the Sarajevo government were al-Qaeda envoys and several dozen British Muslims. It marked an important staging post in the advance of militant Islam in western Europe. Accompanied by a Bosnian Muslim friend, I had walked to the gates of the Foreign Fighters’ Battalion, known locally as Katibat al-Mujahedin al-Ajanib, based in a former fire station outside the Bosnian city of Zenica, wishing to interview their emir, the Algerian jihadist Abu al-Maali.

Mistaking us for young Bosnians who wished to join their ranks, the guards at the gate, Bosnian and Arab alike, were particularly fawning in their welcome, despite their reputation for brutality, atrocities and rabid anti-western sentiment. Clearly they had been ordered to make potential recruits feel accepted from the moment they arrived. 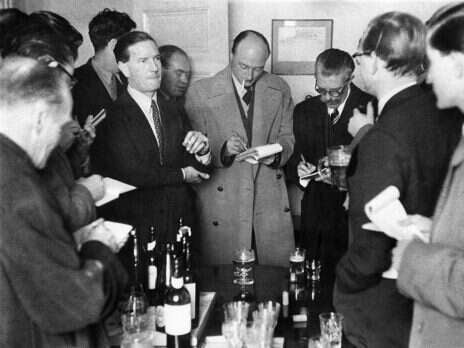 The warmth of that welcome, and its contrived underlying projection of “belonging”, resonated two decades later as I read Morten Storm’s timely autobiographical account of his rise and fall as a jihadi and intelligence agent.

Storm, despite being a spy at the forefront of western intelligence efforts to eliminate Islamist terror cells in Europe and abroad, was primarily a lonely man who felt a desperate need to belong. The desire to be part of something – the common denominator among so many disaffected western converts who become Islamist militants – drove his every crucial decision.

Abandoned by his alcoholic father, beaten by a violent stepfather, the young Dane took a path to the brotherhood of gang membership that was entirely predictable, as were the jail terms that followed. He served as a foot soldier in the Great Nordic Biker wars, brawling as the youngest chapter leader of the infamous Bandidos bike gang in Denmark; he then became a radical Muslim convert who studied at the Salafi seminary in Dammaj, Yemen, finding “faith and fellowship where there had been none”; and finally transformed into a prized double agent who at various moments belonged to the CIA, MI5, MI6 and Denmark’s PET.

Journeying back and forth over a 15-year period between Copenhagen, Yemen, Kenya, Birmingham and Luton, Storm, known to his erstwhile jihadi brothers as “Murad”, paints a bleak picture of the jihadi world and its component mix of idiocy, sophistication, unquestioning obeisance and terror. Although he associated with some of the most notorious Islamist terrorists at home and abroad – the Yemeni-American fundamentalist preacher Anwar al-Awlaki, and Zacarias Moussaoui, the alleged “20th hijacker” in the 11 September 2001 attacks – his account can nevertheless sound unwittingly like the screenplay sequel to Four Lions, Chris Morris’s slapstick poke at jihadist culture in the west.

Mujahedin melodramatics in banal settings such as Barton Hills, Luton – where Storm, designated the “emir of training” by al-Muhajiroun, makes local extremists run around the woods shouting “Allahu Akbar” – are somehow abjectly comic. His break from militancy also provokes an unavoidable smirk. There is no ideological epiphany involved: having purchased a one-way ticket to fly from Denmark to Mogadishu to fight and die as part of the Somali Qaeda franchise al-Shabab, he buys a stock of camouflage gear and Swiss army knives in preparation for martyrdom. But his mission is cancelled before he can catch his flight, leaving him feeling scorned and isolated trailing his suitcase packed with uniforms and pen knives. Alone again, he decides to “join” a new group: western intelligence services.

The difference between marginalised losers seeming funny and them being terrifying lies in the degree of their exposure to seasoned terrorists, which is what frightens British security services so much about the latest nexus between British volunteers and veteran jihadis in Syria. Sometimes only chance distinguishes comedy from terror. How funny would the “Underwear Bomber”, Umar Farouk Abdulmutallab, have been if the bomb in his pants had gone off to plan? The difference between a ridiculous terrorist with a burnt penis and a massacre was, Storm argues, only a matter of Abdulmutallab’s perspiration desensitising the main charge in the device.

Storm’s portrayal of the intelligence services is scarcely edifying, either. The Brits come out of it the best. Their efforts to consolidate their relationship with the lonely Dane by taking him fly-fishing on the River Dee appear delightfully understated compared to the CIA’s arrogant “money takes all” attitude to him. The Danish PET officers, by comparison, seem a riotous assembly of hard-drinking whoremongers, barely able to hold a debriefing without a drink and a hooker on the scene.

In this non-fiction noir, Storm is not easy to like, either. In the absence of any conviction, he turns coat only according to where he best senses security. The mechanics of betrayal are never attractive, but his grooming of Irena Horak in 2010 seems especially sordid. An impressionable young Croatian woman recently recovered from cancer, she was sent as the convert “Aminah” to become al-Awlaki’s third wife, unknowingly bugged by the CIA so that she could be tracked and her husband assassinated by drone. The British reject the plan out of principle. The Danes, banned by law from assassinating any target, nevertheless throw their weight behind it. To enhance his own credibility, Storm, who knew and liked al-Awlaki, even involved his own wife in grooming Horak, a woman every bit as lost and lonely as he is, and who was likely to be killed at the same time as her husband.

Storm eventually ended up turning on his handlers in a fit of enraged paranoia, certain that his own life was to be thrown away in a CIA plot to kill the Yemeni terror chief Nasir al-Wuhayshi. After an unseemly spat over money, he went rogue and sold his story to Denmark’s Jyllands-Posten, which sounded the death knell of his relationship with the intelligence services.

Anthony Loyd is a war correspondent for the Times. His memoir “Another Bloody Love Letter” is published by Headline Review (£8.99)