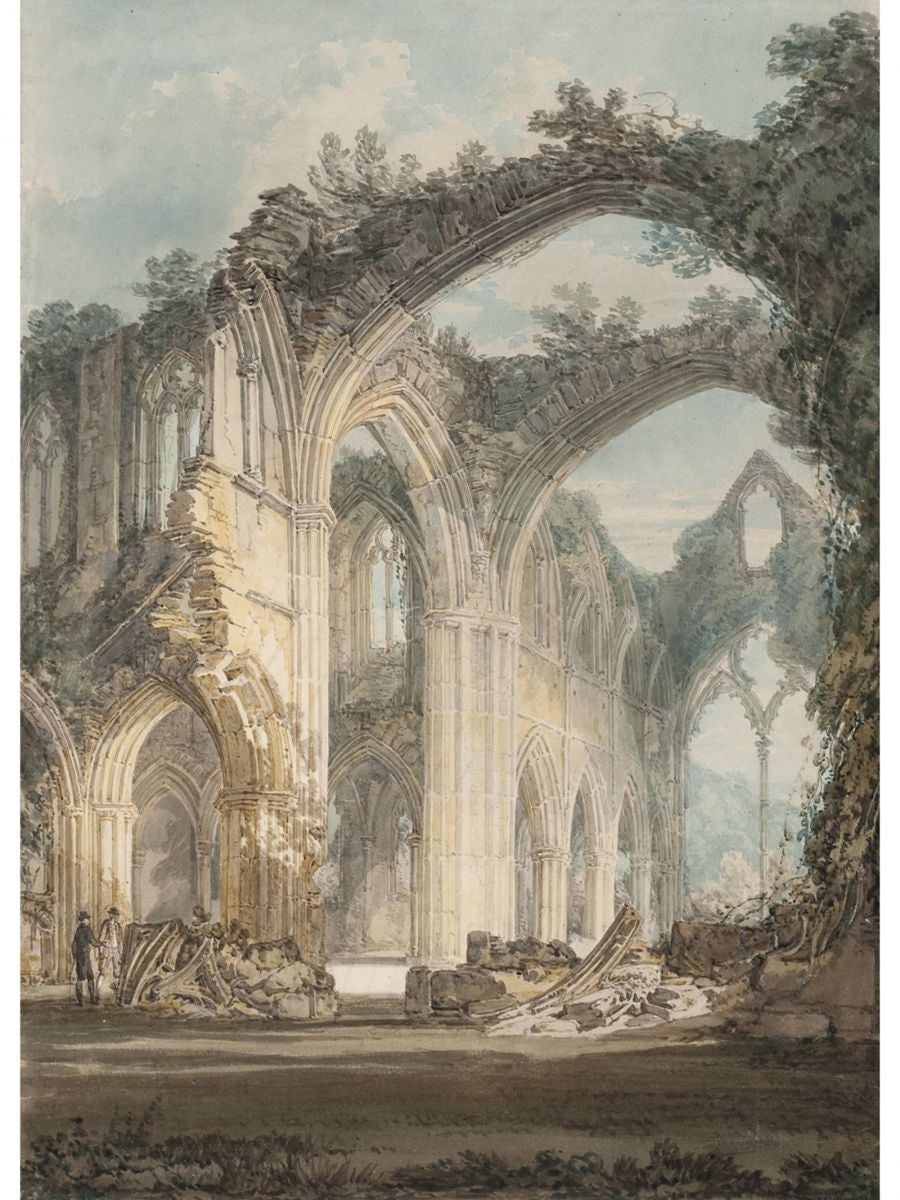 Turner’s The Chancel and Crossing of Tintern Abbey

Ruins are as much about the future as they are about the past. Fountains Abbey in Yorkshire and the Colosseum in Rome are not simply buildings: they are memento mori. As the encyclopédiste Denis Diderot noted in 1767: “The ideas ruins evoke in me are grand. Everything comes to nothing, everything perishes, everything passes, only the world remains, only time endures.” Diderot was not alone. What he was suffering from – a widespread condition for which there is still no cure – is what the Germans called Ruinenlust.

The melancholy allure of decay has always struck artists particularly hard. With the appearance in the mid-18th century of the theory of the picturesque and the sublime in the writings of Edmund Burke and William Gilpin, artists were encouraged to give in to it. “Ruin Lust” at Tate Britain is a fascinating and provocative examination of this strand in British art over the past 250 years.

In 1794, four years before Wordsworth composed his lines about the place, Turner stood in Tintern Abbey and painted a delicate and detailed watercolour showing a pair of Georgian tourists dwarfed by its crumbling arches and weed-sprouting tracery. He was part of a fad; the cream of watercolourists – Francis Towne, John Sell Cotman and Samuel Prout among them – cluttered toppling monastic ruins around the country, luxuriating in their silhouettes and poetic atmosphere. By the time Constable came to depict the stump of Hadleigh Castle (in 1828-29), he used paint so thick and jagged that it had the texture of aged stone.

So pervasive was the lure of ruins that in 1830 John Soane had the extraordinary idea of commissioning Joseph Gandy to paint his newly completed Bank of England as Roman remains. The picture, a metaphor of financial and physical collapse, shows Soane’s building as future archaeologists might find it – roofless, tumble-walled, a maze of decrepit rooms in which the purse strings of the British empire were once held.

Forty years later a Frenchman, Gustave Doré, expanded Gandy’s image of post-imperial decline: The New Zealander shows a visitor from the far side of the world sitting on the banks of a clogged and drying Thames, surveying the broken wharves of the city that cast a broken outline against the sky and the dome of St Paul’s decapitated and cracked like a boiled egg. Shelley’s Ozymandias has been brought to England from the desert. 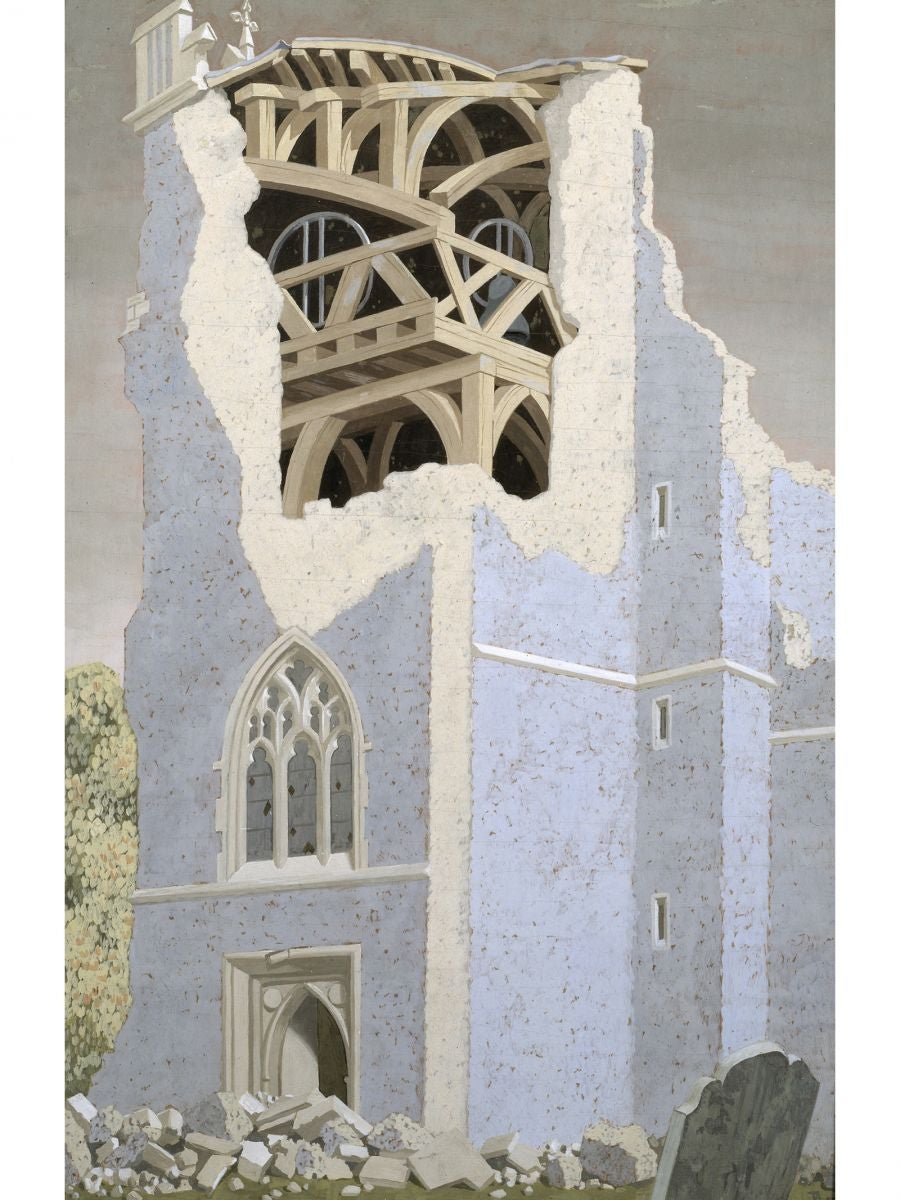 James Boswell gave the idea a sinister twist in 1933 in a series of lithographs called The Fall of London, a product of the morbid interwar age. In these pictures, which eerily prefigure the Blitz, not only have Lon<span style="letter-spacing:
-.1pt”>don’s buildings been destroyed but they are overrun by a feral underclass of rapists, looters and marauders. Tiny figures scuttle in the rubble and a dead woman’s bare legs give a ghoulish flash of white in the dark. As the solidity of structures has given way, so, too, has the armature of society.

When the war did come, the destruction was too great for the picturesque mindset to survive. The likes of Graham Sutherland and John Piper documented the results of bombs and fire and responded to Rose Macaulay’s suggestion that Ruinenlust had come “full circle: we have had our fill”. It is perhaps no coincidence that John Armstrong’s small painting of the bombed tower of Coggeshall Church in Essex (1940), with the wooden structure of the bell tower ripped open to the skies, resembles a medical illustration of the human body with the skin peeled back to reveal the organs beneath.

The imminence of destruction learned in the 1940s has continued to affect numerous contemporary artists. For example, the exhibition includes Tacita Dean’s film Kodak. Having discovered in 2006 that the company was about to stop producing standard 16mm film, she bought some of the last stock and shot the production process at the company factory in Chalon-sur-Saône. Her film of the plant’s echoing linoleum corridors, pulsating machinery and antiquated circuit boards doubles as a requiem for a fast-disappearing industrial world. 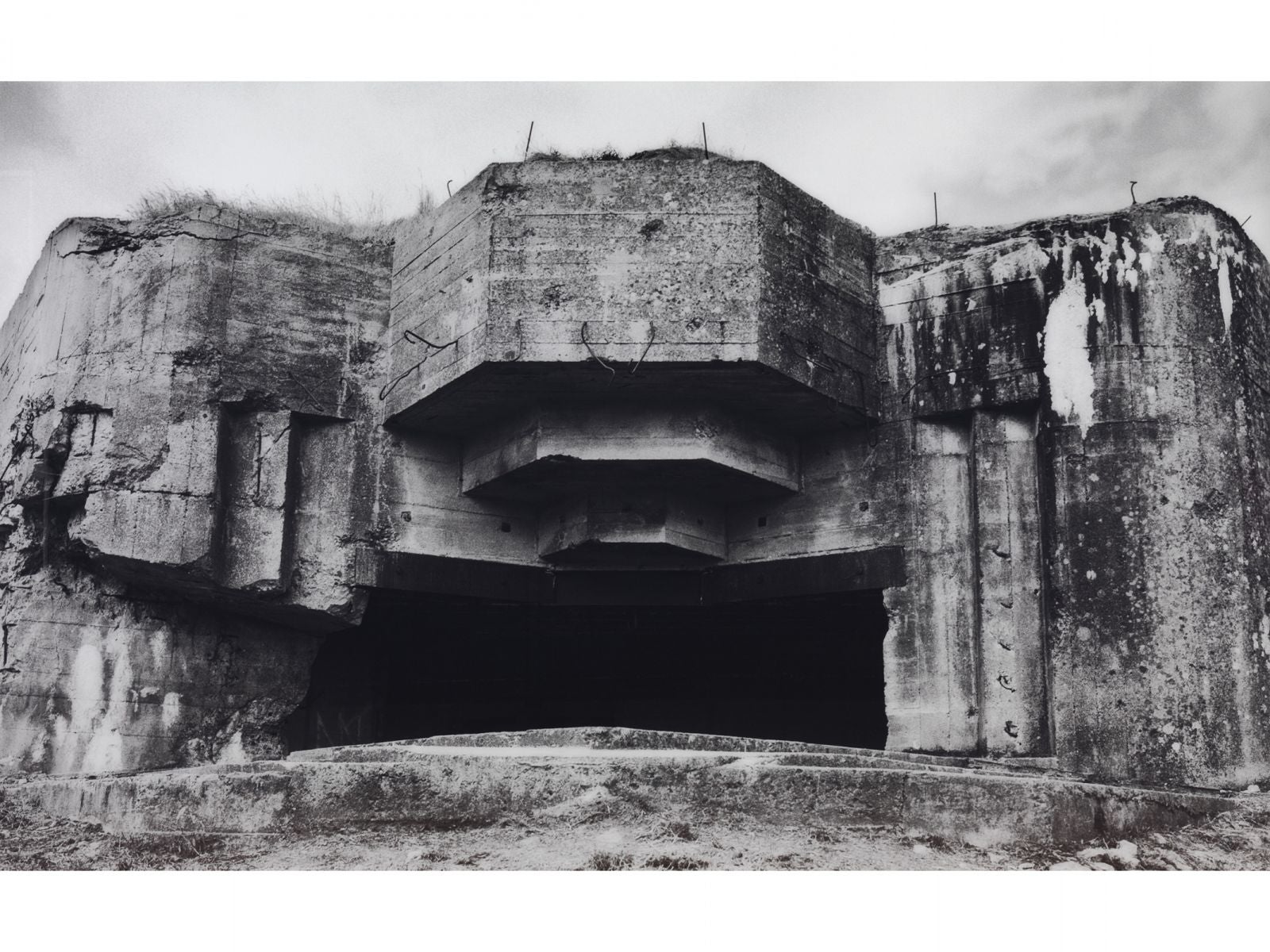 Rachel Whiteread’s similarly elegiac sequence of photographs of the demolition of the tower blocks on Clapton Park Estate in east London is both an acknowledgement of the speed of urban decline (the buildings being blown up are relatively new, part of the postwar reconstruction of London) and a knowing reference to the melodramatic apocalyptic paintings of John Martin from the early 19th century. If Martin’s livid red panorama The Destruction of Pompeii and Herculaneum of 1822, which opens the exhibition, is a lament for the end of a grand civilisation, Whiteread comments instead on the contemporary culture of obsolescence. The poignancy of her unlovely flats reduced to dust is muted; the past, she suggests, did better ruins than we can manage.

Webster in The Duchess of Malfi said of ruins: “We never tread upon them but we set/Our foot upon some reverend history.” This exhibition, drawn largely from the
Tate’s holdings (part of a contemporary trend to use existing resources in an imaginative way) vividly demonstrates that art has its own parallel history of building new work from the rubble of the old.