Inside No 9; Bunkers, Brutalism and Bloodymindedness: Concrete Poetry
BBC2; BBC4

This review comes to you from a place of uncharacteristic restraint and patience. Knowing that it wouldn’t be fair to review an anthology series after its first outing – if each programme is going to be different from the last, you need to have seen at least three to know if it’s any good – I was determined to wait before giving my verdict on Inside No 9 (Wednesdays, 10pm).

Oh, it was hard. It stars and is written by Steve Pemberton and Reece Shearsmith, of whom I’m a major fan (they’re the ones from The League of Gentlemen who aren’t Mark Gatiss). So, there was that: simple, mindless adoration. I saw the first episode, “Sardines”, and I thought: this reminds me in a good way of Roald Dahl’s Tales of the Unexpected. Then I saw the second episode, “A Quiet Night In”, and it was astonishing … You get the picture.

So far, the address of the title, No 9, has referred to a country pile, a rich man’s minimalist pad and a London flat of the kind that rattles when a bus goes by. What a conjuring trick, squeezing these perfectly formed narratives – characters with proper backstories, scenarios that are complicated and unwind relatively slowly – into just 30 minutes. It helps that Pemberton and Shearsmith are such accomplished actors (so complete are their performances, they seem hardly to be acting at all) and that they’ve signed up so many excellent actors to co-star (Anna Chancellor, Denis Lawson, Gemma Arterton). Yet it’s the writing that’s most amazing: the sheer mechanics of the thing. 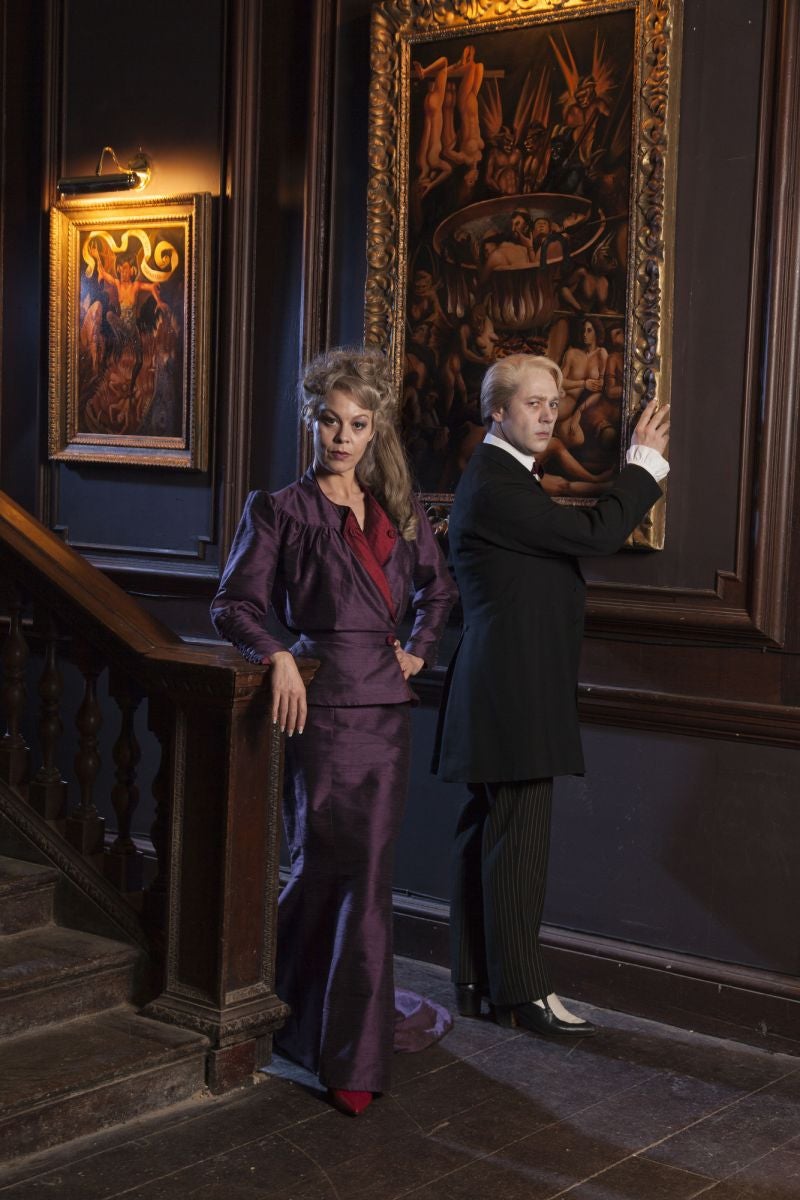 Hot number: Helen McCrory as Tabitha and Reece Shearsmith as Hector in Inside No. 9. Photo: BBC

“A Quiet Night In” was silent: not a word was uttered in 30 minutes. The two characters whose home we were in also remained unaware that only yards away there crouched a pair of inept cat burglars (Pemberton and Shearsmith in balaclavas). The two couples danced around each other, somehow never colliding. I can think of only one other writer in Britain who could pull off such a brilliant and sustained feat of theatre and that’s Michael Frayn.

The most recent episode, “Tom and Gerri”, had all the pair’s grisly hallmarks, quotidian life gradually shading into something more macabre. Tom (Shearsmith) reluctantly invited a tramp called Migg (Pemberton) into his flat. “No, better just … contain it,” he said, when Migg, noticing the disgusted look on his face, asked him if he shouldn’t have lowered his filthy backside on to Tom’s sofa. “Contain it.” Another writer would have had him say: “Just stay put.” When Tom’s colleague came to see him at home – Tom had, by this point, given up work, either because Migg had corrupted him or because he was in the throes of a nervous breakdown – he revealed there had been a staff whip-round for him. “I asked myself: would he rather have money or Body Shop vouchers?” said the colleague, waving an envelope. “Body Shop vouchers” – the genius lies in those three words, the home of useless stuff made from hemp and of Chocomania body lotion. 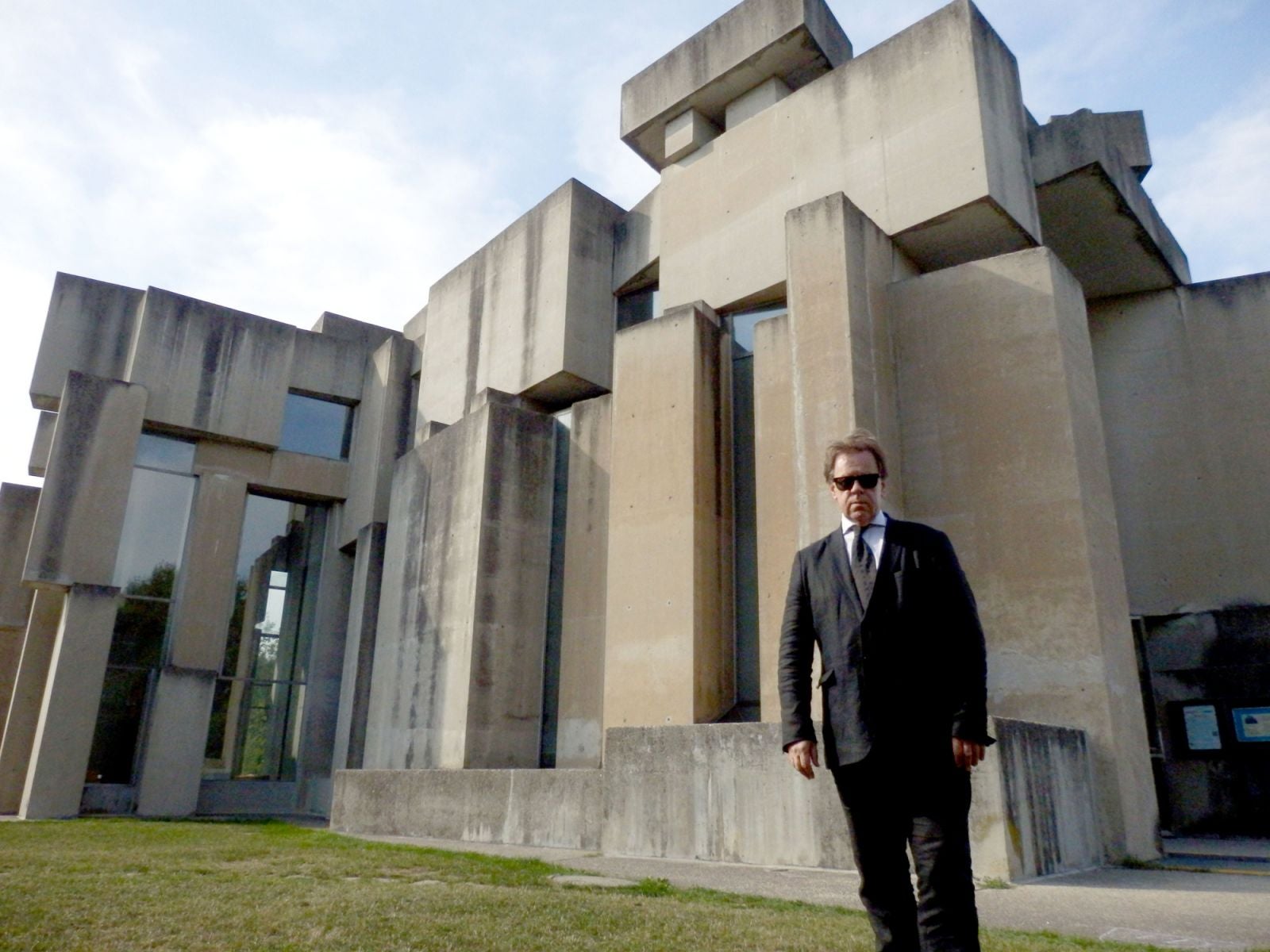 While we’re on the subject of genius, Jonathan Meades is back with a series about brutalism (Sundays, 9pm), in which he stands in front of various screamingly ugly buildings while daring his audience to switch to BBC2 to search for something nice about the Georgians. These might be his richest films yet: the TV equivalent of an afternoon spent in the stacks at the Royal Institute of British Architects with a highfalutin soundtrack on your retro, leather-look headphones.

You need to watch each one twice to get all the references (or even half of them). Meades believes the architecture of the 1860s and the 1960s have something in common, the term “Victorian monstrosity” having given way to “concrete monstrosity” some time around 1963. As it happens, I have a special interest in postwar concrete (Alison Smithson, an architect he loathes, is one of the subjects of my recent book). Combine this with my special interest in Meades (which approaches judgement-impairing fandom) and you’ll understand that Bunkers, Brutalism and Bloodymindedness: Concrete Poetry might have been written for me. Crikey, TV is good right now. Anyone who tells you otherwise is either an ass or Grant Shapps.