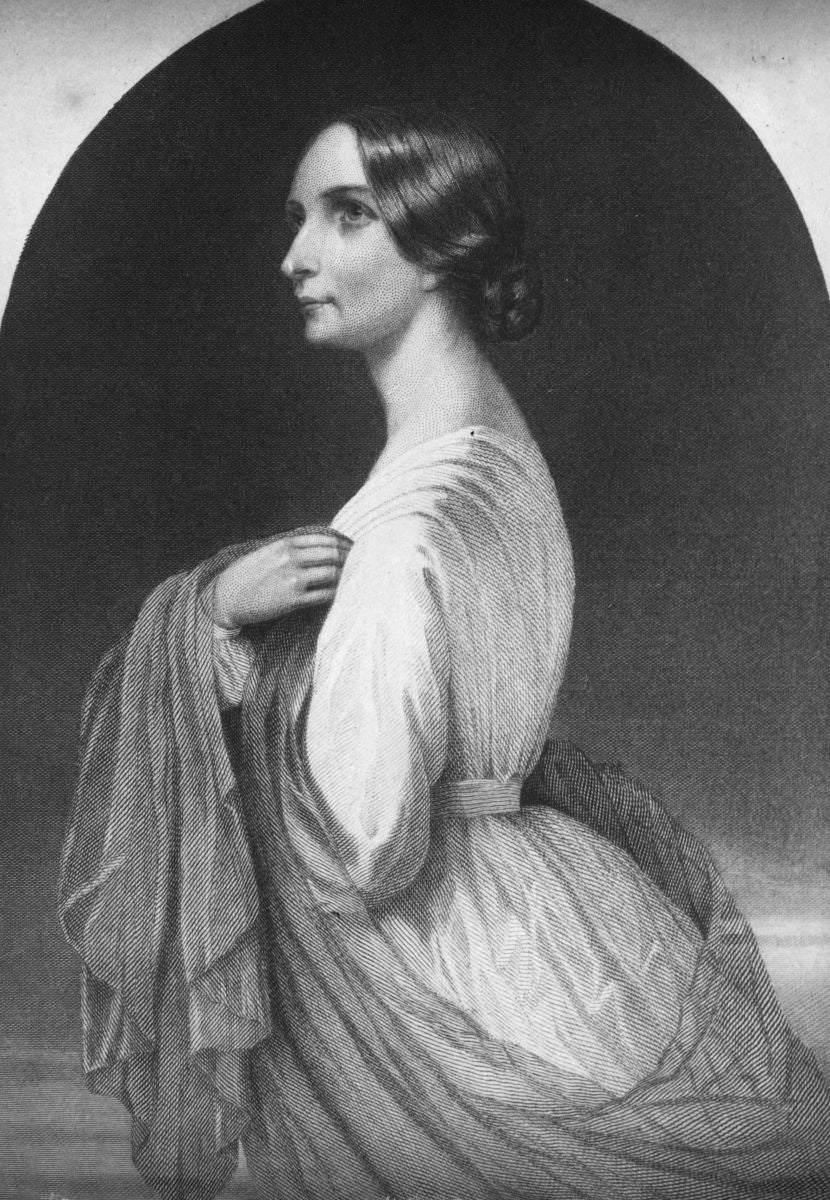 Dora Wordsworth, circa 1825. Image: Getty
About halfway through The Poets’ Daughters, the book takes a step back from its gripping narrative to recount the historical and literary significance of 1834 and 1835. It was a time of momentous endings and beginnings: the end of the Georgian era and the emergence of the Victorian age; the demise of the Romantic period in art; the death of Samuel Taylor Coleridge; the burning down of the Houses of Parliament on 16 October 1834 – a night whose “apocalyptic splendour” was caught on canvas by Turner. It was also, Katie Waldegrave suggests, the moment when two lifelong friends, Dora Wordsworth and Sara Coleridge, began to step out of the shadows cast by their fathers.
The young Dora had frequently fallen short of the mark. When she was eight, she returned from boarding school to her home in Grasmere to discover that her three-yearold sister, Cate, had died. After that, Aunt Dorothy made unfavourable comparisons between Dora and her angelic younger sister, and Wordsworth wrote for Cate what Waldegrave suggests is one of his finest poems, “Surprised by Joy”.
Four years later, in 1816, Dora found herself the subject of a very different poem. The 55-line “To Dora” begins with a quotation from the opening of Milton’s Samson Agonistes: “A little onward lend thy guiding hand/To these dark steps, a little further on!” Wordsworth suffered from eye infections for much of his adult life and at times they left him temporarily blind. The reference to Milton carries uncomfortable connotations: he famously depended on his own daughters to complete his work after his own eyesight failed, and at some point Dora obligingly decided that her duty lay in helping her father in his work.
Sara Coleridge, two years Dora’s senior, grew up in Greta Hall, the home of her aunt and uncle Edith and Robert Southey in Keswick. Her mother also lived at Greta but her father, Samuel, was largely absent. When Sara was ten, Samuel returned home after more than a year’s absence and was suitably amazed by his daughter’s proficiency in Latin and Italian. Sara had hoped that her achievements would be enough to persuade him to stay. But after only six weeks at home, he left without warning. Sara did not see him again for another ten years.
Given the troubled childhood both girls had, it is not surprising that, as adults, they experienced persistent illness. Sara suffered with her nerves. In order to cope, she took opium – and, like her father, she bore the consequences: sleeplessness, constipation, lack of appetite, exhaustion . . . Meanwhile, Dora, who as a girl had been “stout and tall”, was worryingly underweight in her adult years. Waldegrave convincingly proposes that she was suffering from anorexia. Certainly, letters she received from her husband support this theory. “I, long, long ago, perceived that you were destroying your health by that pernicious system of starvation,” he wrote: “but you were always so wilful on the subject . . .”
Beyond the schoolroom, Sara continued to prove an exceptional scholar. She published her first book anonymously at the age of 20 – a translation from the Latin of Martin Dobrizhoffer’s Account of the Abipones – and although it was hardly a runaway success it did at least turn a profit. She used the money to visit her father, who was then living with friends in London. During the visit a cousin, Henry Nelson Coleridge, came to call on Sara and a fuse was lit. She had travelled up from the Lakes in search of a father; she returned home having gained a fiancé.
The path to Dora’s engagement to Edward Quillinan was altogether more tortuous. When she finally found the courage to write to her father to tell him about her feelings, she and Edward had been in love for 14 years. Wordsworth strongly objected to the match and an infuriated Edward told Dora that she was “the best poetry he ever produced: a bright spark out of two flints”. Dora was 37 when her father at last withdrew his opposition to the marriage; by that time she was so emaciated that Wordsworth feared for her well-being.
It is distressing to realise that it was only after her father had died that Sara managed to forge a connection with him. Negative articles began to appear after his death, and for the rest of her life Sara battled to defend his reputation. When she was 45, her comprehensive Biographia Literaria (an annotated edition of her father’s account of his literary life) was published to indifferent reviews. However, in recent years her reputation has grown among Coleridge scholars.
Dora’s death in 1847 caused Sara deep grief: “at night, in my sleepless hours, I am ever with her, or dwelling on my own future deathbed”, she wrote. She did not have to wait long. Three years later she discovered a lump in her breast and, after a brief reprieve, she died in 1852, aged 49.
Towards the end of Dora’s life, Sara discovered that her friend was publishing a journal of a trip abroad that she had recently taken. On hearing the news, Sara wrote to a mutual acquaintance that it was “a great proof of sterling merit in her, that she shines with a light of her own & is more than a mere portion of parental radiance”. That assertion might very well serve as a testament to both women. Like Daisy Hay’s Young Romantics and Claire Tomalin’s The Invisible Woman, this insightful and compassionate book by Katie Waldegrave is a powerful addition to the recent literature that has enlarged our understanding of women whose lives – until now – have remained obscured by those of the dominant male writers of their time.
Julia Copus is a poet and children’s writer. Her book for children “Harry & Lil” will be published next year by Faber & Faber