Nothing kills an orgasm as effectively as the obligation to have one. It’s the same with laughter. While this problem affects many women, it’s particularly an issue for female comics who perform at women’s-charity fundraisers. Speaking as an audience member, it’s a drag to experience flop sweat on somebody else’s behalf and have to fake the expected response in order to help the project along. The empathy neuroreceptors are too far from the mirth ones, perhaps, and too dependent on an algorithm of surprise and suffering: hence the many YouTube videos of cats falling off things and toddlers inadvertently whacking people in the balls.

In the past couple of weeks I attended two standup nights benefitting women’s charities. I cringed as comics wandered uncertainly through their sets, combing their material for feminist-charity-appropriateness, unsure how to sell them except by consensus. Worse, to segue from “dating is hard” material into “seriously though, donate at the door because the number of women getting beaten up is terrible” puts the onus on the audience in too direct a way. It’s unfair. We’ve already spent 20 quid at the door for the cause. We’re here in the seats to laugh, not to watch comedians be virtuous and careful. Let’s start with the assumption that we’re in consensus about domestic violence and genital mutilation and go from there, not cap a bad set with a sobering reminder. Puts a new spin on the term “punchline,” I suppose.

But am I being mean? Why criticise? Why not celebrate all or any women saying anything? It’s because comedy has corners, has criteria, is brutal. And because the stakes have escalated for feminist comics since the comedysphere took a turn towards the outright rapey, so we’ve got to be on our game. In the last year or so — let’s pretend for a second that Daniel Tosh’s nightclub gaffe marked the beginning of something — the lowest common denominator peanut gallery schtick sank from “are women funny?” all the way to:

STOP TRYING TO CENSOR ME OR I’LL KILL YOU, YOU FAT BITCH!

We (we being feminist comics and writers across the gender spectrum – I’m a failed comic myself, having hacked away at it for eight years in New York) have to do more than disapprove of this state of affairs, and do better than merely to address the outrage. Journalists and thinkers like Lindy West and Anita Sarkeesian have put themselves in harm’s way, and are using the weapons at their disposal to do battle. This is crucial work.

The work of a comic performer, though, is both less constrained by conventions of discourse, and more constrained by desirable outcome. Though they’re both sharp and witty, Anita Sarkeesian and Lindy West don’t have to make people laugh. Abi Roberts, Sara Pascoe, and Mary Bourke do. Because it’s their job. It’s their job, though, because they have untoward and bizarre impulses they seem to barely constrain, which makes them dangerous and hilarious and the very opposite of consensus comedy. I don’t actually know whether any of the three “self-identify as feminist”, as the saying goes, but they’re getting the job done.

The most gripping and consequently funniest performers illustrate the disconnect between lame, “I’m ready for my sitcom, Mr Demiille” club comedy antics, and the raw but relatable originality that answers to your own experience. To refine this rawness just enough to let the audience know you can handle it, is the witchcraft. I’m not going to spoil a these comics’ material, which I saw them perform at the aforementioned comedy fundraisers. However: 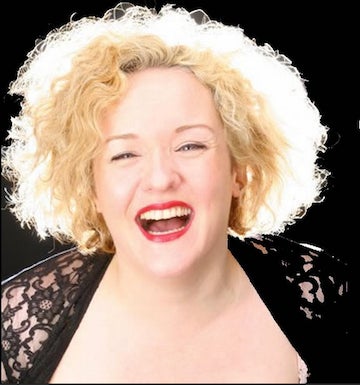 Schtick arsenal: Employs classical training in music and theater, a sly and unapologetic knowledge of vaudevillean tricks, and a preternatural comfort with herself onstage.

Attack style: She feels unstoppable, triumphant. She bounds onstage, robust, already laughing, nimbus of blond hair aswirl, genuinely happy to be there – it’s the rest of life that’s almost unbearable – and takes down target after target, rapidfire, infectious. Expectations of the female body, the pornnlike fantasy of the cooking show, the depredations of shapewear. She’s a master of self-deprecation but doesn’t hinge on it; she doesn’t posit herself as an object of desire (which is cute at best, and usually a stupefying bore) but in having for-real, bodily sex.

Deadly weapon: She has a very graphic bit about her iPod being on shuffle, and she kills with it. 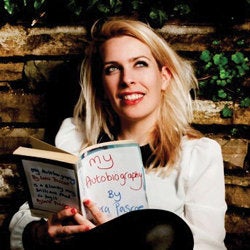 Attack style: Where Roberts has unapologetic gusto, Pascoe has a mien of slight ambivalence to her obsessive personal confessions. She’s skinny, wide-eyed, and slightly hesitant. But her physical subtext, all semi-shrugs and minutia, her wide eyes widening, her girlish voice barely above a whisper, heightens our intimacy. Our guard down, she regales us with some of the weirdest preoccupations this side of Maria Bamford, an American comic who likewise flirts with discomfort, making you laugh not just in ticklish discomfort, but at the audacity it takes to make self-consciousness funny.

Deadly weapon: Her scorching rumination on the forbidden desires of the hair salon. 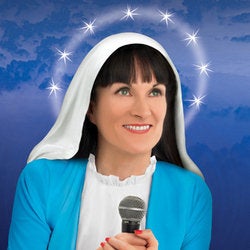 Schtick arsenal: Precision and lyricism, which sounds unlikely, but…

Attack style: She is nothing short of terrifying. A slender, smiling lady with eye-grazing blunt bangs, dressed in a floral-print dress and chic but sensible shoes, she looks for all the world like she might teach third grade or run an arts programme in a hospital for the aged. And her voice, a gentle, brogue-burnished alto, signals nothing untoward; she said onstage that her stage presence is “like being menaced by a fine mist.” Yet she slays you; she’s attuned not only to her own rage, but to consonant rhythm, image density and tonal escalation. She’s so absorbed in her own surefootedness that your laughter is both incidental, and effortless. She doesn’t ask you, she makes you.

Deadly weapon: Her attack on mummy blog culture, the refrain of which is “Am I Being Unreasonable?” This, obviously, is no consensus-building gambit; there’s little sisterly comradeship in skewering motherhood. Bourke sets up as backdrop a message board populated at midnight by complaining, privileged mummies. She pushes this caricature to its Swiftian logical conclusion, then soars into a bizarre St. Crispin’s Day battlefield oath of startling hyperviolence, leaving me and the rest of the audience gasping for breath.

The female comics who most interest me are indecorous, and have a touch of the monstrous about them. And the ones I find hard to maintain attention to are the ones who seem in subliminal, unexamined crisis about whether or not they’re good enough, pretty enough, or have the right to be there. If you have that anxiety — we all do — bring it out, mess with it, tread on it. Rape jokes arise and flourish from a desperate, anguished, castration fantasy/terror. They attempt to shift that terror onto women, which is not only loathsome, but boring.

It’s in going deeper and darker, taking fierce joy in the uncouth, not capitulating to the terror nor to the bona fides of virtuous doctrine, that we have the last laugh.