You have one week to earn $1,000. But today, you can’t work out where to get a street vending permit, the superstore has closed, the buses have stopped for the night and you can’t afford a taxi. You get home at 3am and tomorrow you’re so exhausted that you get nothing done. You have made a net loss of two days and $25; you panic, quit, and restart the game.

This is Cart Life, a “retail simulator for Windows” which depicts the struggle of ordinary people to make ends meet. It’s just been nominated for this year’s IGF awards and is among a lively pack of titles making political statements in a way only videogames can: not only with words or pictures, but with actions. But what does it mean for a videogame to be political? And what are the pitfalls? 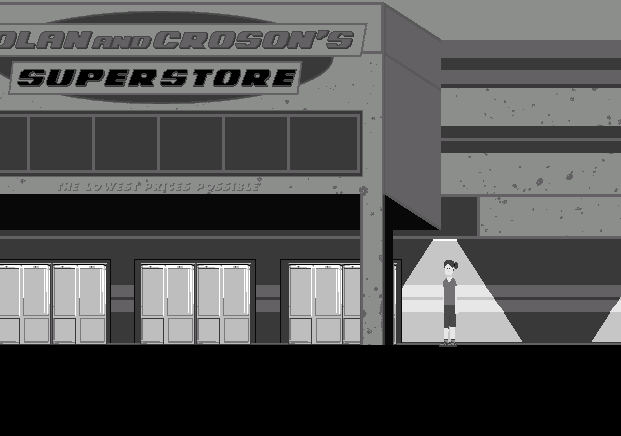 A screenshot from “Cart Life”.

The concept of political games had its first big break in the noughties with “newsgames” like September 12. Released in 2003, six months after the invasion of Iraq, it has you fire missiles into crowds full of “terrorists” and “civilians”. Every time a civilian is killed, mourners flock to the corpse, then transform into terrorists; you end up with a devastated wasteland swarming with masked gunmen. In 2006, art-game provocateurs Molleindustria released an unauthorized McDonald’s Videogame, and the same year saw Darfur is Dying adopt stealth game conventions to make the player feel powerless in the face of armed militia.

What links these games to Cart Life – and distances them from only nominally political fare like the McCain campaign’s 2008 arcade knock-off Pork Invaders – is that politics arise from the rules of the game itself. “This is a simple model you can use to explore some aspects of the war on terror,” says September 12’s intro screen, and “model” is the key word. By modelling choice and consequences, games can make claims about real-world systems.

Ian Bogost, a professor at Georgia Institute of Technology in the USA and don of games academia, calls these kinds of claims “procedural rhetoric”, a term coined in his 2007 book Persuasive Games. These days he pokes fun at his 2008 prediction that every presidential candidate would soon have their own PS3 game, but that doesn’t mean the political game is dead. “If we’re talking about official political purposes, it has essentially dwindled for nothing,” he says. “For political commentary, it has developed into games like Cart Life, Unmanned, or Sweatshop. It’s deepened considerably, and also expanded in style.”

One example is last year’s Lim, a game about the tension of trying to meet society’s expectations. The player is a square whose colour keeps changing, among other squares whose colour is set; they’ll fly at you violently if you don’t fit in. By holding the space bar, you can shift to match their colour, but the longer you do so, the tougher it gets to play. The screen closes claustrophobically in; the speakers crackle. There’s no death, but the game’s developer, Merritt Kopas, says many people find the noise and violence of impact so unsettling they have to stop playing. 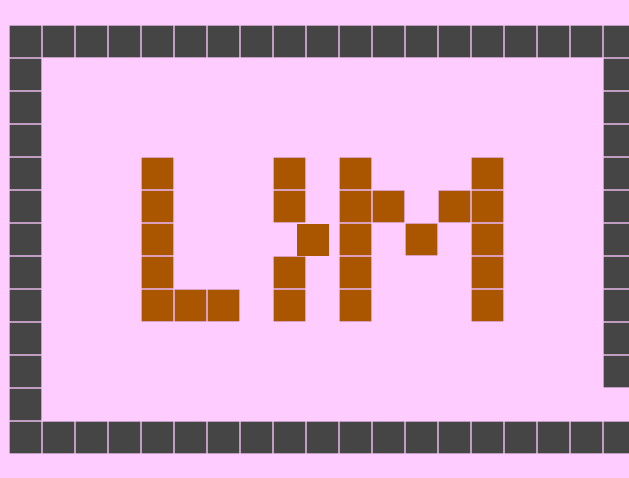 A screenshot from “Lim”.

“What I was looking to do was create a game that got at all the unspectacular, everyday kinds of violence that don’t generally get explored in the medium,” explains Kopas, a trans woman who makes games and teaches sociology at the University of Washington in Seattle. “I wanted to make something about navigating categories and the fear and uncertainty that comes with that: walking into a space and wondering how people are going to see you and what the consequences of that are going to be.”

Lim is one of a growing number of indie games which play with life outside the gender binary, the most prominent of which has been Anna Anthropy’s dazzling, technicolour Dys4ia (Kopas, who has used the game as a classroom teaching aid, is chuffed by the comparison). “Games have this unique capability to explore real-world systems,” Kopas tells me. “The key here is to build a simulation that puts the player in a difficult or unfair situation, or that demonstrates the constraints violence places on our choices.”

That might be an apt description of Cart Life, too, but its maker, Richard Hofmeier, is wary of calling it “political”. He’s in New York to a panel discussion on “Games as Commentary” with Bogost and Molleindustria’s Paolo Pedercini. “It sure was, at first,” he says, “but my feelings changed about two months into developing it. The depressing, bitching, tormented first half makes those kinds of declarations, but you can actually do well in Cart Life, which comes as a surprise to some players. I wanted to confess that too.”

He rejects the label of a “poverty simulator”; instead, he says, it’s “a dismissal of games and a loving portrait of the people in small, western towns.” Sure enough, while Cart Life isn’t soft on the problems of the very poor, it’s as interested in the beauty in struggle and the bravery of survival as it is in the unfairness of the system. Some of the game comes from personal experience – desperate, broke years trying to make rent in three cities – and some from speaking to street vendors, who opened up to him so players could understand their lives. “I don’t want to depress people,” he says. “I want to enter the province of depression and poke around.”

One developer who wishes his work wasn’t taken so politically is Jason Rohrer. His new game, The Castle Doctrine, is an online home invasion simulator inspired by his own fears about protecting his family, out in March. But an unguarded interview with British gaming site Rock Paper Shotgun has plunged Rohrer into the debate that’s swirling around gun control and self-defence. “Probably not since Columbine has it been brought to such attention,” says Rohrer, an advocate of gun rights. “Now it seems like I’m making a political statement, but it’s more coming from my personal experience of living in a place where I didn’t feel safe for the first time. If someone is coming into my house, and I’m in danger, what do I believe? What do I do when I hear the glass break?”

The problem is that The Castle Doctrine also simulates a wider system outside the home, and it’s a weird one. In short, everyone is robbing each other: to get money to defend yourself, you have to rob others, while others are robbing you. You even have a family, who will try to escape with some of your loot if your home is attacked; others can kill them to loot them or simply let them go, and you can do the same to them. If anything it reads like a satire of the US gun rights maxim that “an armed society is a polite society”. It’s a dystopia, a Hobbesian nightmare.

Rohrer says that wasn’t what he intended. “It really is a game about being a victim, but in order to make that happen I had to populate that world. It’s just a side-effect of making this really elegant system which churns away like a machine, forces this situation to happen, and forces you to deal with what you would do.” Cart Life has been called an ‘empathy generator’; if so, The Castle Doctrine is a terror machine, which needs traditional balancing to keep the robberies coming and the players coming back.

But how do you stop people reading messages into the unintended consequences of a system? Even September 12 unwittingly implies that the best way to deal with the war on terror might simply be to kill the mourners before they can turn into terrorists (in fact, the USA now routinely practices “double tap” drone strikes which target first responders). Such glitches, says Bogost, are “very common”, and he should know: he runs his own development company and a newsgames research group at Georgia Tech. “The McDonald’s game is a good example. It’s very anti-corporation, but a lot of students play it and say, ‘wow, I really empathise with the CEOs of multinational companies now – they have such hard jobs!’”

Sometimes the accidents are spookily accurate. When Bogost made an election game for Howard Dean’s ill-fated nomination attempt in 2004, it had the same failure as the campaign itself: nobody felt they knew what they were campaigning for. Kopas readily admits that Lim, her second game, is full of bugs, one of which allows the violent squares to push the player right out of the level and trap them “outside” the world. But she points out: “People took that outcome and wove it into their experience of the game. It’s actually possible to still finish the game even if you’re knocked outside of the world…which some people saw as a tragic conclusion.”

Maybe that’s inevitable: experienced players find ways to break even the most expensively-produced of games. “I think that systems have a tendency to get away from us,” says Kopas. “We intend to portray or produce one thing, but the systems we’re creating seem to resist or reshape our intents.” Even Rohrer, with years of programming experience (this game is his seventeenth), has to take responsibility when things go wrong. “As a designer, I’m trying to build the tightest system that I can build. I don’t want there to be those system leaks which allow bizarre readings, and involve the procedural rhetoric effectively falling off the rails and going who knows where.”

The converse is that even games which aren’t trying to be political actually might be. A crime shooter called Call of Juarez: The Cartel raised controversy in 2011 by awarding an achievement for killing a large number of people – but only on the level where all the enemies are black, in effect rewarding their deaths more than others. Indeed, Kopas claims the idea for Lim actually came from the eminently mainstream Prototype. There, the protagonist is infected with a superpowered alien parasite, and must, as she puts it, “pass as human or be penalized by military pursuit.”

The short answer? According to Bogost, “the work really does contain those politics, whether or not they were intended. In some ways, the unexpected stuff shows us things that were there all the time that we didn’t realize. These things are in the text, so to speak, so subject to interpretation.”

Developers are in increasingly in control of that, and the future for political commentary in games looks bright. Kopas’ dream is to start a workshop for local youth that helps them make games to model the oppressive systems they face. “Games can be used for a wide variety of purposes beyond ‘fun’,” she says, “and the tools exist to make them.” If politicians don’t want any part of that, it might be for the best.