Here are two curious facts concerning Lee Anderson, the Tory MP for Ashfield in Nottinghamshire. Firstly, in February 2018 when he was a local Labour councillor he was suspended from the Labour group on Ashfield District Council pending an investigation into the fact he had received a community protection warning – a sort of Asbo – after dumping boulders in a field to deter Travellers from camping there. In a statement his former comrades said they “did not believe this was racially motivated”; Anderson defected to the Tories the following month, blaming the hard left.

This is not, strictly speaking, relevant, but opportunities to share stories like this don’t come up that often so can you blame me? Never mind, here’s the other curious fact about Lee Anderson: according to a New Statesman investigation, he has the seventh highest staff turnover rate of all 650 MPs. We shouldn’t read anything into that, I’m sure.

Anyway! Since being elected to parliament in 2019 Anderson has spent many a happy hour railing against food banks. Not, you understand, against the horror of an economic system that leads people to require them, but against their very existence and the life skills of those feckless enough to use them. Last May he blamed food poverty on a lack of cooking skills. A few weeks ago he went after nurses, telling Times Radio that “anybody earning 30 odd grand a year, which most nurses are, using food banks, then they’ve got something wrong with their own finances”.

And on Thursday he press-ganged a member of his own staff – one of those who has not, thus far, turned over – into helping him make his case. “Katy works for me,” he tweeted, above a photograph of a smiling young woman. “She is single & earns less than 30k, rents a room for £775pcm in Central London, has student debt, £120 a month on travelling to work saves money every month, goes on foreign holidays & does not need to use a foodbank. Katy makes my point really well.” 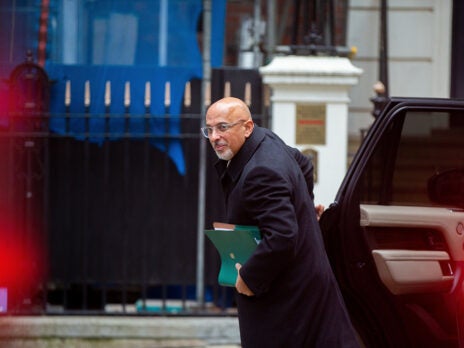 To show why this is perhaps not quite as compelling an argument as Anderson imagined, it’s worth running the numbers. Let’s assume that Katy is paid £29,500; it may well actually be less. Katy (I’m so sorry to drag you into this, but I promise what follows isn’t really about you) looks young, so we can probably assume her student loan repayments come under plan 2. At that level of income they amount to all of £16 a month, so barely touching her income but surely raising questions about the wisdom of introducing this funding system at a time of flatlining wages.

Anyway, her monthly take-home pay on all that would be £1,990 after tax. The bills Anderson mentions take an £895 bite of that, but there are also plenty of bills he doesn’t – mobile phone, broadband, electricity, gas, water, council tax. She lives in a shared house (contents insurance!), but even so, we’re probably being conservative if we call that £200 a month. At which point, Katy’s discretionary income each month is just under £896, or £207 a week.

That isn’t terrible: many will make do with less. But still it has to cover everything – food, clothes, travel, prescription charges, unexpected bills, plus all the things that might make life in any way worth living like an evening out or a Netflix subscription. (We can probably discount pets because those who rent rooms in shared houses are rarely allowed them.)

And this money has to cover emergencies, too. If someone in Katy’s position is forced to move at short notice, as happens to renters with distressing frequency, they will have to find another £775 up front as rent on a new place, plus the same again as a new deposit, while probably waiting an implausibly long time to get the old one back. That’s assuming the new place costs the same as the old one, which in this market seems unlikely. (A room for under £800pcm in “central London”? I’m imagining a sort of Harry Potter scenario here.) And even if this bad luck does not befall them, this is for a single room. Not a house, where someone can build a life with a family: one room.

Anderson, who as an MP is paid £84,144 a year plus expenses and has given no indication he believes himself overpaid, claims that someone he pays less than £30,0000 can afford all these things, while also saving for the future – a pension, a deposit on home ownership – and affording foreign holidays, too. But in a city where a round of three drinks can set you back £20 (though not on the heavily subsidised parliamentary estate), anyone who can manage it is either preternaturally good with money, extremely abstemious or – in more cases that we sometimes admit – has family help.

And £29,500 is far from the worst salary you’ll find on offer today. Where people on low wages are turning to food banks, it is not because they are bad with money. It’s because the cheaper option requires time or energy or storage space may not have. (No point batch-cooking, another of Anderson’s favourite tips, if you don’t have a freezer.) Or because that money does not just have to cover one person but an entire family. It is one thing to be single and making it work on £30,000. Quite another – as will be true for many of those nurses Anderson felt comfortable laying into – to raise children on it too.

This last point is the most important of all. A salary of £30,000 isn’t bad, exactly, but it’s hardly the basis for building the good life. Once upon a time government MPs would talk about the opportunities they were creating, how the future was bright, how this was the best country to be a young person. Now they use them in photo ops, to remind us you can survive with a bare minimum of joy, and the stories about house prices and avocado toast are a constant drumbeat warning everyone to lower their expectations.

At least Monty Python’s four Yorkshiremen only bragged about how hard they’d had it. This lot do the same about what a terrible legacy they’ve handed on to their kids.