Fist fights over dwindling supplies of petrol and empty shelves in supermarkets as consumers panic-buy: people beyond the United Kingdom can hardly believe what they are seeing. These are not the kind of scenes generally associated with European countries, especially not with wealthy ones. Things are so bad that the Times is already telling its readers to buy their Christmas turkeys and put them in the deep-freeze.

If not before, it is now clear that the UK finds itself in a rapidly escalating national crisis. Labour shortages emerge everywhere, the most acute being the loss of 100,000 of the lorry drivers it relies on for the supply and distribution of goods. The situation is so serious that the government has put the army on alert. And while the reasons for this supply chain crisis may be numerous and complex, they do share one characteristic: to a greater or lesser degree, they all stem from Brexit.

This is not a particularly surprising insight, by the way: John Major was warning that a hard Brexit could lead to a serious breakdown in supply chains in 2016.

The only thing that is surprising about this predicament is that the UK government has decided that it will no longer talk about Brexit – and everyone else is going along with it. That is why, when Boris Johnson was interviewed by two reporters about the petrol crisis earlier this week, neither of them even dared say the word. Instead, they joined everyone else in speaking of “supply chain issues”, and failed to challenge Johnson when he claimed that the lack of lorry drivers wasn’t a solely British problem, but rather one affecting the entire world, especially Europe. This is nonsense: there are no empty supermarkets or queues of drivers with jerry cans in their boots in any EU country; it is a uniquely UK phenomenon.

Boomers’ generosity to their kids is warping British society

[see also: How Brexit and Covid-19 caused the number of HGV drivers in the UK to plummet]

This state of affairs does not, however, stop other government figures from loyally repeating Johnson’s desperate distortions of reality (while simultaneously announcing 5,000 temporary visas for lorry drivers from the EU to work in the UK). This approach stands in blatant contradiction to the mantra that the current crisis has nothing to do with Brexit and the end of freedom of movement. So much so that the government even finds itself under attack from the right-wing tabloids, in whose offices the increasing exasperation among the general public faced with this chaos has not gone unnoticed.

Glorious times for Her Majesty’s opposition, you might think, who have so many opportunities to score that they surely cannot miss. Yet on the causes of the current crisis, Labour has decided to take its eye off the ball. The word Brexit is just as much of a taboo on the opposition benches as it is for the Tories; and so, when asked to what extent the supply chain crisis was due to Brexit, Labour MP Lisa Nandy recently found herself explaining to the BBC’s Emily Maitlis that leaving the EU was not the cause of the problem, and that the issue of freedom of movement need not be re-examined. In Labour leader Keir Starmer’s recent 11,500-word essay, the word “Brexit” made only five appearances. Yes, five. Boris Johnson must be beaming from ear to ear.

The opposition strategy is as astonishing as it is misguided. Out of fear that it will lose “Red Wall” voters, who switched sides because of Brexit, to the Tories once and for all, Labour has decided to ape Brexiteer populist rhetoric – and thus rendered itself ineffective as an opposition. Clearly, the watchword from Labour HQ is wholesale acceptance of ex-Labour voters’ support of Brexit. As a result, regardless of how damaging its consequences may be for precisely this demographic, Labour has deprived itself of the ability to attack the Tories on the root cause of their manifold missteps, Brexit, and thus of the ability to offer the country a real alternative.

It is British voters who will suffer the most from Labour upholding this taboo around “the B-word”. How so? Because, from now on, the electorate is not – like German voters, for instance – facing a choice between experts whose job it is to inform themselves about complex issues and then offer political options based on the facts. No, in the new populist UK, the opposition, too, is now little more than a megaphone for what is, apparently, “the will of the people” – to quote this dangerously hollow slogan, derived as it was from a wilful misreading of reality. This now leaves the British public stranded without a compass in a fog of empty rhetoric.

The real problem with an opposition which does not oppose is that the government, too, begins to lose sight of reality and so can no longer solve real-world issues. There is no better place to see this mechanism at work than 10 Downing Street, whose current occupant is himself trapped in the no-man’s-land between ideology and reality, and so is left with little other recourse than to hope that the “supply-chain crisis” will disappear if he just closes his eyes and wishes it away.

An opposition which simply looks on, lacking the guts to point out the problem, is an enabler, rather like someone who lives with an alcoholic and does not challenge their skewed view of the world. In this dynamic, every attempt at criticism lacks a solid foundation. When Keir Starmer talks of a “botched Brexit”, he buys into the myth that there was a good, painless Brexit to be had, and so still fails to provide effective opposition. There was never going to be a painless Brexit, and that is why he will never be able to explain how it could have been achieved.

This is important because the multiple crises the UK faces as a result of leaving the EU cannot be solved until this causality is acknowledged. In denying from day one that Brexit is the reason for anything, Boris Johnson’s government robbed itself of an opportunity for genuine renewal – for example a wholesale reform of the labour market. The UK could have left the EU while consciously raising the minimum wage and improving conditions for the workforce. Instead, the government contented itself with saying that things would, as if by magic, get better the moment the UK had “thrown off the shackles” of EU membership. As it turns out, the UK is now once again dependent on poorly-paid eastern Europeans being asked to return to the country on special visas, while simultaneously suffering from all the restraints that come from leaving the single market.

The reality is that no one in the UK started working on the detail of reform with anything like enough time to plan and enact it. Rather, earlier this week, Boris Johnson decided to delight his “Great British Public” with a new Great British Idea: a national space strategy which, to quote Johnson’s foreword, “will see us take a leading role on the international stage, Global Britain becoming Galactic Britain”.

And so it is that, for now at least, the UK remains trapped in Johnson’s mystical limbo between the fantasy of Brexit being “done and dusted” and a pressing objective reality that will not go away. That truth is that, never mind outer space, on Earth Brexit so far is a disaster. At some point, even Boris Johnson will have to deal with the forces of political gravity. The only question is how hard the landing will be for the people he governs.

Translated from German by Brian Melican 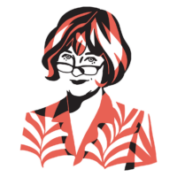