Kwasi Kwarteng’s speech to the House of Commons today lasted 25 minutes and 16 seconds, and in it he committed to £72.4bn of extra borrowing. For every second the Chancellor spoke, the UK committed to £48m in new debt.

But even before the shadow chancellor, Rachel Reeves, had begun speaking, the cost of the fiscal event had risen higher, as markets reacted to the announcement. The prices of UK government bonds, known as gilts, fell and the yields (the premium the government pays on the debt) on five- and ten-year bonds rose sharply after the announcement, making the huge borrowing the government plans to do even more expensive. The difference between the cost of borrowing (via a ten-year bond) from the UK government and the German state became wider than at any point in more than 20 years.

The pound, which has already been pushed to a 37-year low by market expectations of a recession, also fell sharply against both the dollar and the euro, reaching $1.10 around an hour after Kwarteng’s speech. The price of options’ contracts now predicts that there is a 17 per cent chance that the pound and dollar will reach parity this year.

The FTSE 100 index, which has a market capitalisation of £1.9trn, also fell. At time of writing Britain’s 100 largest companies had collectively lost around 2 per cent of their market value. 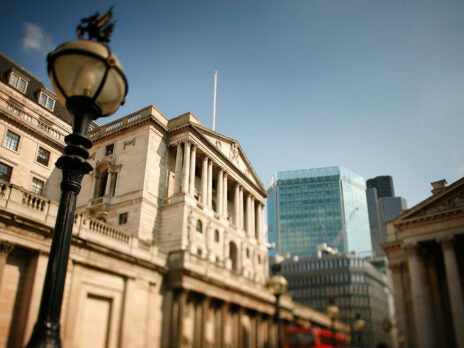 The scale of the market reaction is partly to do with the sheer size of the measures announced, which included £45bn in tax cuts and an energy price plan that will cost £10bn a month. Paul Johnson, the director of the Institute for Fiscal Studies, commented that markets were “spooked by [the] scale of fiscal giveaway”.

Fundamentally, however, it’s also an indication of investors’ confidence in the UK economy and the extent to which market participants believe the government’s tax cuts will produce the GDP growth that it has promised.

Samuel Tombs, the chief economist at Pantheon Macroeconomics, commented that the GDP growth from the measures promised, which include scrapping the 45 per cent income tax rate on earnings over £150,000, “will be relatively modest, given that the biggest winners of these policies are high earners, whose expenditure is not that responsive to changes in their income. Indeed, these households already are cash-rich, having saved unusually large amounts during the pandemic.”

The market reaction also indicates that investors expect higher interest rates are on the way. In a note that describes the mini-budget as creating “a perfect storm for UK gilts and foreign exchange”, economists at the Dutch bank ING said that “the recent jump in [gilt] yields implies that [the] bank rate will peak next year well above 5 per cent”.

Some measures were welcomed by businesses as likely to promote growth. Shevaun Haviland, director general of the British Chambers of Commerce, commented that reversing National Insurance contributions and repealing the IR35 payroll rule “should boost economic growth, relieve cost pressures and encourage investment”.

However, Haviland also concluded that, “All eyes will now turn to the forecasts by the Office of Budget Responsibility (OBR) in the autumn for reassurance on public finances.” Investors and businesses had been left to make up their own minds about the likely impacts of today’s fiscal event, after the Treasury refused to publish the OBR’s analysis of conditions in an economy that has changed significantly since the OBR last issued a forecast in March. This will only have made the market reaction to what was already a very controversial (and in no way mini) mini-budget even more volatile.