Ed Miliband’s comments in a recent interview that “redistribution is important but it’s not the only route to social justice” could be more important than even he realises. New research shows not just that there has been an overall decline in support for redistribution of wealth through the tax and benefits system, but that we may be witnessing a generational shift in attitudes. Younger generations are less supportive of redistribution than their parents.

The overall decline in support for redistribution is relatively well understood. The percentage of the population agreeing with the statement, “the government should spend more money on welfare benefits for the poor, even if it leads to higher taxes,” peaked in 1989 and has been on a broad, downward trajectory ever since. More people disagreed than agreed with the statement for the first time in 2007. 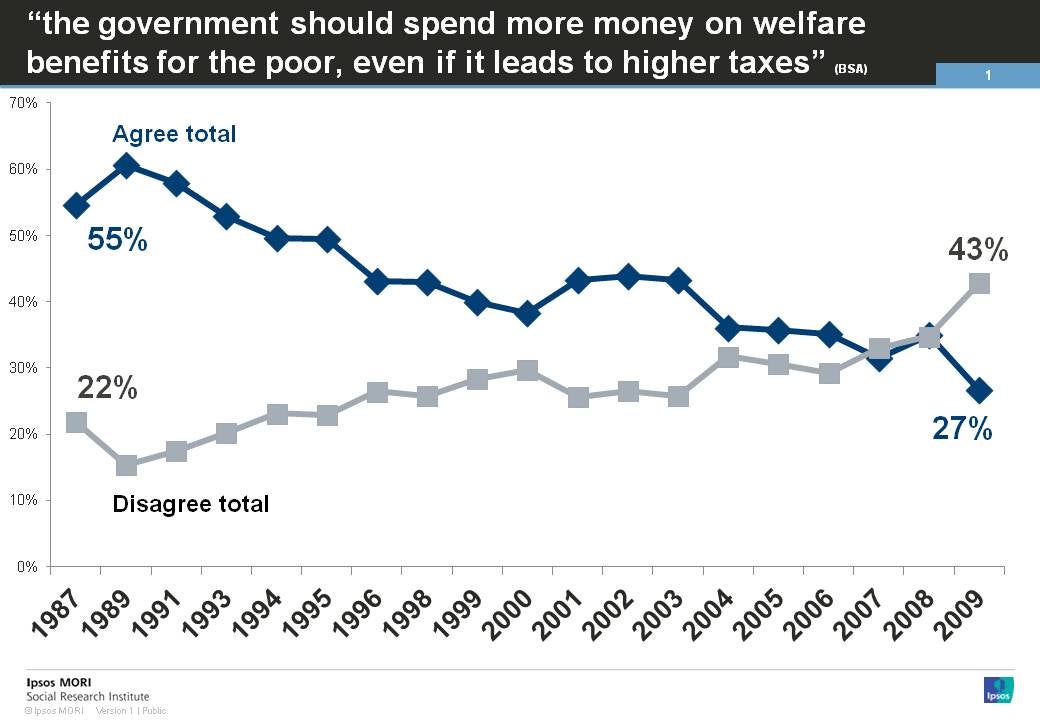 But it is the second, generational, aspect that poses perhaps the most profound, long-term questions about Britain’s welfare settlement. Not only are younger generations less supportive of redistribution than older ones, but attitudes appear to remain steady within cohorts over time. There is little sign of a “lifecycle effect”, in which our attitudes become more like those of our parents as we grow older. The implication is that the declining public support for redistributive policies may not be cyclical but rather a glimpse of the future. 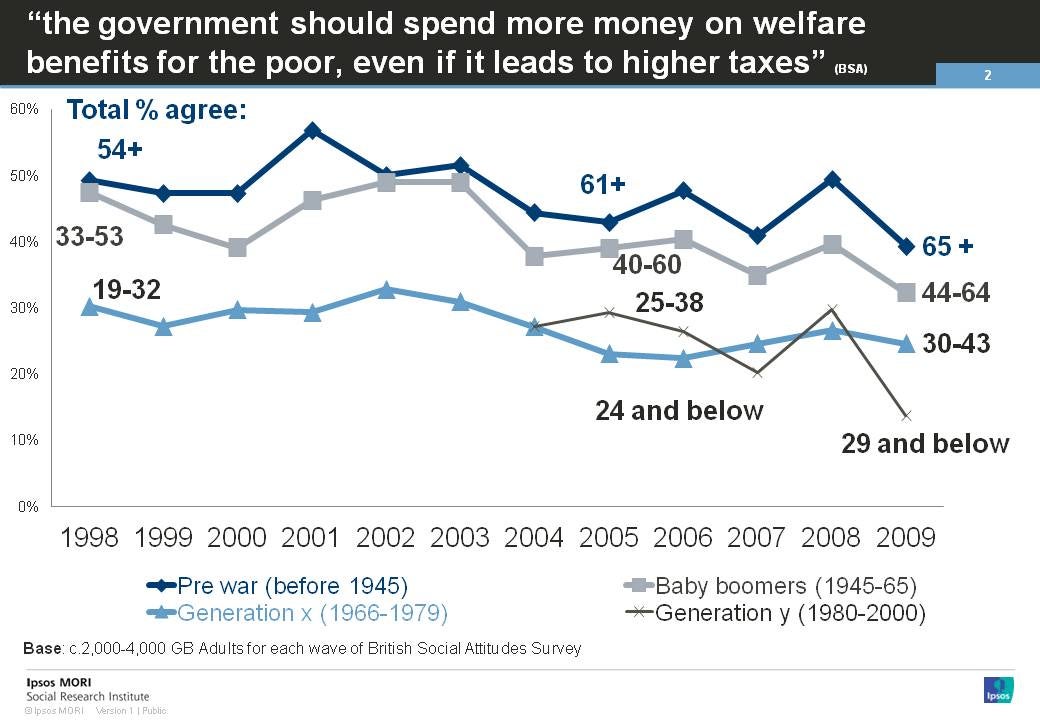 These are the initial findings of an ongoing study of attitudes towards welfare. Should this generational shift be replicated across the welfare state – with, for example, greater scepticism towards public pensions and elderly care – the implications could be seismic. Redistributive policies in particular and welfare state in general, require buy-in from significant proportions of society to remain sustainable. Changes in attitudes are therefore at least as important as demographic and financial pressures – not least because they will shape our collective response to them.

In the short-term the government has guaranteed a “triple lock” to protect the generosity of pensions; in the medium term a “triple block” of austerity, ageing and attitudes could force us to reconsider our current models of provision. In such a scenario, policymakers would have no option but to face up to some big questions. What has caused this fragmentation of support between the generations? Is it linked to people’s own experiences of the welfare state, or to wider social currents that policy has far less purchase on? Can it be reversed? If not, what are the policy responses that are consistent both with changing attitudes and long-standing policy commitments?

“The social democratic project is not just about spending more money” Miliband recently insisted. “We have surely learnt that it is not enough merely to keep funding more and more generous tax credits”, urged David Cameron before the last election. Governments cannot depend solely on “the power of the central state to shift money around”, argued Nick Clegg in the same year. Miliband, Clegg and Cameron had all better hope they are right. Two “A”s – austerity and ageing – already cast a long shadow over social welfare policy. We may be seeing the emergence of a third equally significant pressure: attitudes.