If you open the Deliveroo app today, two questions that may occur to you before you start choosing your food: is having a takeaway on Monday setting the wrong pace for the week? And do you want shares with that?

On the first question I’d say go for it if you’re ordering sashimi, but leave the Viennese cake platter until Wednesday at the earliest. The second question is more unusual: from today, Deliveroo customers will be apply to apply to spend up to £1,000 each on shares when the company floats on the London Stock Exchange.

The offer is part of an expertly crafted strategy for the IPO, which was announced the day after the Budget and the government’s proposals for a loosening of stock market regulations. The company plans to list in exactly the way the government’s review recommended for fast-growing tech companies, selling “dual-class” shares that give fewer voting rights to smaller investors and allow management to maintain a greater degree of control over the company. When the listings review is implemented, Deliveroo hopes to become the first company selling shares in this way to get a premium listing in the LSE.

It’s almost as if Deliveroo’s politically experienced team – which includes a former head of research for the Labour Party, a former head of the Lib Dems’ parliamentary adviser unit, a former speechwriter to David Cameron and a former chief of staff to George Osborne – knew what was coming, and that the government would really appreciate having a well-known British company list in this way (and before the rules have even changed). Deliveroo and other companies reportedly met with Boris Johnson and Lord Hill (the author of the listings review) in December to discuss listing in London, and the government has been vocal in its appreciation, with both Rishi Sunak and Kwasi Kwarteng celebrating the announcement. 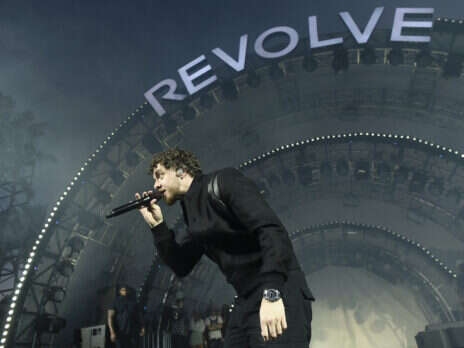 Revolve: The festival where only the TikTok elite are invited

Beyond the gilding effect of high-level political approval, the company is also seeking to boost the listing with the power of the retail investment boom. The share offer through the app will comprise £50m of a valuation that could top £5bn, but the past year has shown that groups of individuals can be a powerful force in the market, and an appetite among thousands of younger, app-based investors certainly wouldn’t harm its price.

Deliveroo’s IPO also comes with a couple of sweeteners that might help its millennial and metropolitan customers join in out of affection for the brand that brings them their bibimbap. A successful IPO will mean a £16m windfall for the company’s busiest riders – up to £10,000 each but more like £400 for most – as well as a £50m “communities fund” to help restaurants, deliver free meals and invest in e-bikes for its riders.

But one of the big, unsolved problems for the company is that while it acknowledges its gratitude to the people pedalling the pizza – “our riders are at the heart of all that we do” – it doesn’t acknowledge them as employees with rights to holiday pay or pension contributions. This company has successfully defended its practices in court three times against the Independent Workers Union, but the experiences of Deliveroo riders, especially during the pandemic, could dampen the enthusiasm of millennial investors. They might also baulk at funding a company that is already part-owned by Amazon.

The gig-economy issue is not going to go away for Deliveroo. Following a successful court action by a group of drivers, Uber may face a “tsunami of litigation” from its 60,000 drivers and there may be another ongoing legal question in the black market for jobs that has emerged alongside the gig economy. The fundamental question, however, may end up being whether its technology can create enough efficiency to make it worth using. If creating a gig-economy platform becomes relatively easy to do, then groups of delivery people, drivers and retailers themselves might start to form co-operatives that offer the same service, but are more attractive to their workers. In fact, this is already being attempted.

Once a platform is installed on everyone’s phone, however, it becomes very hard to shift. Deliveroo has spent a lot of money becoming the default option for a lot of people: it lost £317m against revenues from operations of £771.8m in 2019. Last year it reduced its losses to £224m, but the pandemic also led the company to cut more than 300 jobs and furlough more than 50 of its UK staff. You would expect a company like Deliveroo to spend hard to achieve scale, but you might also expect a company that specialises in food delivery to be telling a stronger financial story after a year of Sundays in which comfort eating has, if my own habits are anything to go by, become an hourly event.

But Deliveroo, like other platforms, survives on top of another industry. In this case it’s the restaurant industry, a precarious business in normal times, which is currently propped up by extensive government support. What happens when that support is taken away will have serious implications for delivery services as well as the restaurants that use them. Hence Deliveroo’s “communities fund” and its founder Will Shu’s calls for Eat Out To Help Out 2.

Kwarteng claimed last week that that the Deliveroo listing is “a vital boost for our thriving tech sector” and the beginning of a series of “home-grown British success stories”. Let’s hope it does herald the beginning of a stampede of unicorns on to the London Stock Exchange, but it remains to be seen how much good a handful of high-profile listings of relatively small companies (Deliveroo riders outnumber the company’s employees by more than 15 to one) will do the economy with which they, like the rest of us, do business.