In both cases, the online stores are not interested in acquiring physical shops. The Boohoo deal is only for the Debenhams brand, website and “associated intellectual property”. This is terrible – if not unexpected — news for the people who work in those shops, but it makes sense for Asos and Boohoo: the cost of maintaining big shops in expensive locations was unsustainable even before the pandemic.

What might not make sense at first glance is why fast-growing online stores want these older brands at all. Boohoo owns PrettyLittleThing, Nasty Gal and MissPap; Asos sells more than 850 different clothing brands. Both have made billions selling fast fashion to young women. So why are they interested in buying brands that their customers wouldn’t follow on Instagram, let alone wear?

The answer to this puzzle tells us something about how shopping has changed over the past year. In 2015 Nick Beighton, chief executive of Asos, told the Evening Standard: “We will not be growing up with our customers […] we will remain forever young.” But this comment was made in a world of two retail markets: the young and everyone else. In August 2019, three quarters of those aged over 35 shopped online occasionally, but online shopping among the under-35s was at 97 per cent. 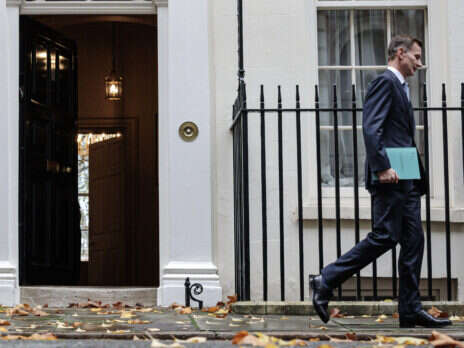 The past year has forced those markets back together by closing the high street for months at a time. The opportunity that many retailers are now chasing is not the people who have grown up online – or are still doing so – but all the people for whom online shopping was confusing or inconvenient, until a global pandemic forced them to start doing it.

This was partly achieved by the need to get supermarket shopping delivered – Kantar reported in April 2020 that online grocery orders doubled during the first lockdown, while Waitrose received three times as many online orders from older shoppers last year. But having bought food online, older shoppers branched out. Google reported that the biggest change in product research – window shopping – was in those aged over 55. Mintel observed that “online retailers […] are more likely to rely on new business from older consumers in the short to medium term”.

Older shoppers are also a safer bet in a recession. After the 2008 crash, it was the young who were most exposed to the economic fallout. In his introduction to Asos’s 2020 financial report, Nick Beighton noted that “life for our twentysomething customers is unlikely to return to normal for quite some time”.

By paying to acquire older customers now (with apologies to anyone in their thirties who shops at Topshop and flinches at being called “older”), Asos and Boohoo are betting that all the people who shopped on the high street before the pandemic are not going back to the high street once it’s over, either because they’ll prefer online shopping as the default option – or because there will be no high street shops to return to.