Given the bellowing and swearing my mother had to endure from me just to get me to Hebrew school for my bar mitzvah lessons, it says a lot that I chose to visit Bevis Marks synagogue when I was about 15 years old.

I went because Bevis Marks is not just a place of worship, it’s a piece of history: for British Jews, certainly – but also for London.

The fact that this listed building, which dates from 1701, is now threatened by property developers who want to toss up two office towers either side of the synagogue is as clichéd as it is worrying. Property fund Welput is developing a tower at 31 Bury Street, Aldgate, on the fringes of the City of London. Merchant Land, another property company, is developing a site for a second tower at 33 Creechurch Lane.

They are 20 and 48 storeys respectively. If they go up, Bevis Marks says daily services would become “almost impossible”, as the towers would block out nearly all sunlight. The building is listed, which means that adding too many artificial lights is prohibited. At present, it is lit by 240 candles and daylight. 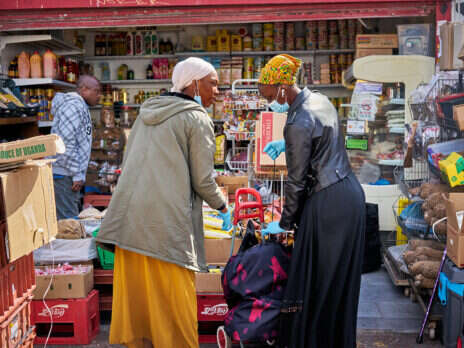 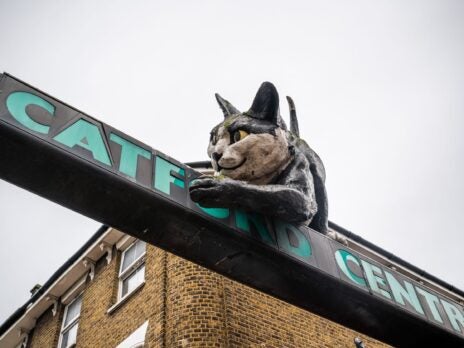 A spokesperson for Merchant Land said that “the extensive technical studies we have received, plus an independent review commissioned by the local planning authority, do not concur with the synagogue’s perception about the impact of our development on their light”. The company has engaged with the synagogue and its technical advisers since 2017 to try and counter the fear that worshippers will be completely cut off from daylight.

The rabbi of Bevis Marks, Shalom Morris, has been unwavering in his opposition. “If this was next to St Paul’s Cathedral, it wouldn’t happen,” he told the New York Times. They’re willing, at best, to roll the dice and, at worst, to do lasting harm.”

The UK’s oldest synagogue in continuous use, Bevis Marks is a living history of British Jewry. When Oliver Cromwell allowed the Jews back into England in 1656 – after their banishment by Edward I in 1290 – Jews from the Netherlands, Spain and Portugal arrived in London. They soon needed places to worship. Services at a small synagogue on Creechurch Lane are recorded from as early as 1663, and on 12 February 1699, a committee of Jews signed a contract for the construction of a synagogue building at the cost of £2,650. It was completed and dedicated in September 1701.

In a country where most Jews are Ashkenazi – loosely speaking, Jews originating from northern Europe – Bevis Marks stands as a monument to Sephardic Judaism, which emerged from Spain and Portugal. Attend a service there and hear the congregation sing in the more undulating tones of the Middle East; hear them pray without the more guttural Ashkenazi cadences and their Yiddish-infused Hebrew. Listen to a liturgy that has remained the same since medieval Spain.

[See also: Peasants revolt against the Duke of Northumberland amid England’s allotment revival]

But if it’s a monument to Jewry, it’s also a monument to the city. Architecturally, the synagogue reflects the non-conformist chapels built at the time – most clearly in its large, rounded leaded-light windows. The wooden ark inside is said to have been influenced by Christopher Wren, who was busy overseeing London’s rebuild after the Great Fire of 1666. The history of the city is embedded in the building.

There is a lot of anger in the Jewish community at the proposed developments. “British Jewry without services at Bevis Marks would be like Christmas without Santa Claus,” says Justin Cohen, an editor at the Jewish News. “It’s not just a beloved institution of Anglo-Jewry and an icon of the city, but also a symbol of multi-faith Britain, and the [City of London] Corporation must not allow its use to be compromised.”

The New Statesman understands the scheme is expected to reach the City of London Corporation planning committee towards the end of this year, yet parties are awaiting confirmation on this timescale. A City of London Corporation spokesperson said no decision has yet been made, and they “will not comment on specific applications ahead of a decision being made by the committee”.

As we wait, the battle is now very much on. The City of London Corporation has reportedly received 1,500 objections to the plans – split between 500 complaints for one tower and 1,000 for the other (the spokesperson refused to comment on these numbers).

Cohen believes this is just the start. “The proposed new buildings cast a shadow over this week’s celebrations for the Jewish New Year,” he says. “But it’s clear that Bevis Marks has widespread support in fighting these proposals – well beyond our own community.”

Welput did not respond to a request for comment by the time of writing.

David Patrikarakos is a journalist and author of “War in 140 Characters” and “Nuclear Iran: Birth of an Atomic State”.