Christmas is supposedly a joyful time of year – well, not for Janet Hadley. The excitement of mince pies, presents and tree decorating can barely conceal the growing anxiety that comes with planning where to spend 25 December, she writes. Couples negotiate tensely and siblings disperse themselves across households in order to minimise family arguments – but if there are divorces and remarriages in the family the problems only multiply. Eventually it becomes a decision of “who are we going to have to offend this year?” – because there’s always someone. Yet, as with most things in the month of December, Hadley concedes: “it’s exhausting of course, but the kids enjoyed it all so much.”

Each year, as September becomes October, the first niggle of tension begins. As the days get shorter we try not to think about the question that, sooner or later, we know is going to face us. Every time someone answers the phone, it looms back into focus: will this be the call? The one we’ve been waiting for?

“Hello, what are you doing for Christmas?” Specifically, whoever it is means 12 hours on 25 December. And, when the question comes, airily but with deadly precision, there’s usually only one possible tactic: you’ve got to stall for time. An exacting game of bluff and double bluff is going on beneath the surface.

As the weeks of autumn pass, brothers and sisters try to guess which of them will take on which set of parents and parents-in-law. You have to work out whether it is better to make the first move or to lie low until other people’s tactics become discernible. Couples negotiate tensely. (Last year we had your mother, so this year we ought really to have my parents. We could try and get out of it, but if my sister goes to her husband’s parents and that’s far from certain when you think what happened last year… then my mum and dad’ll expect us to ask them, won’t they?)

From the NS archive: A merry Christmas

From the NS archive: The Christmas problem 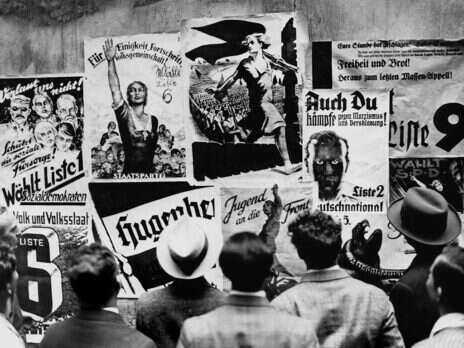 A computer would help, because what happened last year and in the last five years is all important in calculating where duty lies. If there are divorce and remarriages the problems multiply horribly. Unmarried adults can sometimes get away with going to friends –  though they risk being seen as overgrown adolescents – but for adults with young children the Christmas game is played in deadly earnest.

Don’t get me wrong, I look forward to Christmas, especially to the rituals of cooking and hospitality. I love making the puddings and the mince pies and decorating the tree. I enjoy planning the presents and the food. I just wish it didn’t all have to be so much a question of “who are we going to have to offend this year?”, for there always seems to be someone. The simple enquiry about your whereabouts and the company you’ll be keeping on 25 December oozes with sour layers of family history.

If you refuse to go along with the annual sport – perhaps meekly suggesting, with a rationality which is entirely misplaced, that after all it is only one day in the calendar – you’ll be doing yourself no good at all. They’ll think that either you’re a killjoy, and probably stingy to boot, or a selfish lotus-eater with no sense of “family”.

This year we want a quiet day at home: just me and him and the kid – oh, and the telly. As they say when reporting summit talks, “at the time of going to press” things are looking good. But it’s been a close run thing. Reading from the chessboard of last year’s moves, it was clear enough whom we were expected to invite this year. I suppose we could have escaped by leaving town altogether, but the prospect of self-imposed exile in a damp holiday cottage does not appeal. By mid-October fate took a merciful hand (pens and paper may be useful here): the parents of the girl who is engaged to be married to the son of the woman who is my partner’s father’s lady friend has invited them all to come along and pull their crackers and wear their funny hats in some distant part of the realm.

[See also: Christmas, for me, has never been quite what I imagine it should be – so Bali beckons]

We’re saved. We can really look forward to our Christmas. My subconscious however is still on guard, as I discover when I find I have made a huge Christmas pudding. But our feelings of relief are quite out of all proportion: you’d think we’d just escaped from Dartmoor.

But what’s this? Someone in another branch of the family has been doing their calculations. They’ve tumbled to it that we’re going to be “all on our own” for the 12 vital hours. Can’t have that. The phone rings: “Hello, what are you doing for Christmas?”

To utter the truth, “Nothing, thanks, we’re staying here,” is unthinkable, unforgiveable. It’s an affront to the tribalism of the season (something which, by definition, excludes thousands of people who would dearly like to be invited to join in a Christmas dinner, but don’t let’s get moralistic about all this). “Oh, do come,” they say. “If you come, there’ll be 14 adults and seven kids. It’ll be chaos, of course, it always is though, isn’t it!”

This business of numbers is a vital part of the myth. People just love to regale you with tales of past Christmases, when 27 people “sat down to lunch” (what did they sit on, I always wonder: have you got 27 chairs in your house?). It was exhausting of course, they’ll admit, but the kids enjoyed it all so much.

In fact, the more people there are and the more awful it is, the warmer the glow off family pride martyrdom. While purporting to complain, really people are boasting. Gatherings of ten or less are hardly worth a mention in the stakes for the jolliest Christmas. And a mixture of pity and contempt is reserved for those who won’t play. It’s as my grandmother used to say: you may have to love your relatives but you don’t have to like them. She was one of seven children and married a man who had 16 brothers and sisters.

As for next year, we’re resigned to our fate.

Read more from the NS archive here. A selection of pieces spanning the New Statesman’s history has recently been published as “Statesmanship” (Weidenfeld & Nicolson).