In 1993 the Conservative Party was in one of its regular stages of division. After the defenestration of Margaret Thatcher, John Major had been elected as a unifying leader but had not turned out to be the glue the party wanted. In this piece Sarah Baxter looks at the problems facing the beleaguered prime minister and the figures circling him with an eye of his job. Major was in an impossible position, she thought, expected to galvanise his supporters in a way that was contrary to his abilities. Where Michael Portillo’s thoughts, however mundane, on the future of Conservatism were hailed, Major’s were derided. The party seemed to want a Kenneth Clarke-Michael Portillo combination but, Baxter warned, that would be unsustainable too.

With the Conservatives sharpening their knives for another act of regicide, it is easy to forget the extent to which John Major was expected to bring unity to the party. The yellowing press cuttings from the day he became Prime Minister in the autumn of 1990 tell this poignant story. “All Friends Together” was the front-page headline of the Daily Mail, a once loyal paper that has just hired Major’s number one enemy, Simon Heffer of the Spectator, to stick the boot into him regularly.

The friends pictured in the Mail were the chancellor of the exchequer Norman Lamont (“He was the PM’s campaign manager”); the party chairman Chris Patten (“He supported Douglas Hurd”); the home secretary Kenneth Baker (“As party chairman, his vote was never revealed”); and the transport secretary Malcolm Rifkind (“He supported Hurd too”).

Rifkind is the sole survivor around the cabinet table of this rogues’ gallery. On the same front page of the Mail is a large photograph of another missing person from that era: Michael Heseltine, who is shown smiling and shaking Major’s hand after being landed with the job of sorting out the poll tax. “No hard feelings” was the caption for that. 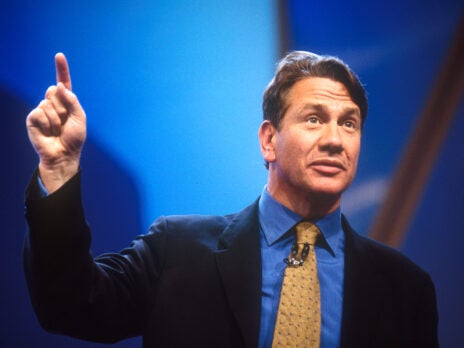 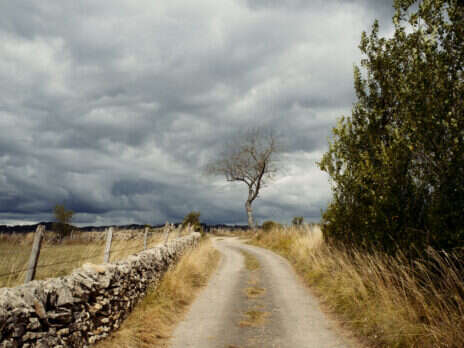 From the NS archive: Country sounds

A likely story. All the same, Major may yet have to rely on the fading oratory of his old adversary to keep him in power. Heseltine is being mooted as a possible replacement for Sir Norman Fowler at Conservative Central Office, but his heart may not be up to all those rubbery chicken dinners.

With Heseltine out of action, Major is entirely dependent on the Chancellor, Kenneth Clarke, who has made no secret of his hopes of succeeding him (in due course). Michael Portillo is also flexing his muscles and trying to gain a reputation for “the vision thing”.

Their professions of loyalty to the Prime Minister are no doubt sincere, for now. But, as all the accounts of the last days of Lady Thatcher make clear, power rapidly shifts from a wounded leader to his or her successor. Neither Major nor his rivals can put a stop to the brown-nosing going on. It is one of the natural instincts of all politicians. They are not interested in gaining favour with someone who is on the way out.

It is difficult to see how Major is going to get Tory back-benchers on his side again. All the tests he has been set by fellow politicians and the media are ones that he is virtually guaranteed to fail. It is no use, for instance, urging Major to make his speech at the Conservative Party conference a real humdinger. That is not something he is capable of delivering.

Major is thinking of doing away with the dreaded autocue and speaking from the heart to the assembled Tory delegates. Addressing all those Union Jack-waving activists in a humble, folksy way when they are pining for the days of the imperious Maggie is a risky strategy. The tactic is said to have worked well at the Welsh conference a few months ago, but that was a generous interpretation of events. Journalists there said that he stuck rigidly to his prepared text, which he read out from the notes in front of him. In any case, the party was never that taken with his soap-box; it was the voters who liked it.

The European elections next June have also been described as make-or-break for Major, but here, too, it is impossible for him to perform well. At a meeting of Conservative Graduates at the ICA last weekend, Dr Julian Lewis, the old scourge of CND and demonologist of the left, explained the problem. He has been put in charge of targeting the Liberal Democrats in the research department of Conservative Central office, but has found them infuriatingly difficult to pin down. It is not for want of trying – he has identified all sorts of dodgy Lib-Dem polices – but the voters are not bothered. It is enough for them, or will be in the European elections, that the Lib Dems are neither Labour, nor the government.

Lastly, Major has been asked to show some vision. This is tantamount to demanding how long is a piece of string. While Portillo has been feted, notably by the Sunday Express, for setting out some wholly unoriginal thoughts about people’s dependence on the state, Major’s own pronouncements on the subject have been ignored or derided.

Immediately after the election, Major delivered a speech to the Adam Smith Institute, under the watchful but supportive eye of its director, Dr Madsen Pirie, who has recently been appointed a watchdog for the Citizen’s Charter. It was called “The next phase of Conservatism: the privatisation of choice”, and was supposed to stake out the Majorite intellectual high ground, while borrowing some of the slogans of the No Turning Back right.

The effort was predictably trite, but on Portillo’s lips, it might have been hailed as a masterpiece. Portillo has always been identified as clever, while Major will never be forgiven his shortage of O levels.

Kenneth Clarke, like Portillo, was a student at Cambridge, but no one will ever praise him for his academic brilliance. His attributes are those of the politician’s politician: he is bluff, good-humoured, shrewd and outspoken.

It is easy to see why Clarke and Portillo are being touted as the “dream ticket”. But Labour’s experience of such phenomena should be ample warning against it. The dream ticket is a way of describing two people who have nothing in common, such as Kinnock and Hattersley, who are meant to fuse the warring factions of their party together.

John Major was supposed to embody the dream ticket in one. He was a strange hybrid: a Thatcherite with a social conscience. In The Major Enigma by Penny Junor, Clarke describes how, “One of his skills is that everybody thinks he agrees with them… It’s one of his most successful qualities – everyone is confident and convinced they have John Major as their ally.”

It was too much to expect Major to keep this up. Sooner or later, he was going to offend somebody (maybe everybody). It will be no less difficult for Clarke and Portillo to hold the ring. Kinnock and Hattersley only just succeeded in controlling their party because Labour was in opposition and hungry for power. Plenty of Tory MPs would positively welcome a spell in opposition. It is only the fear of losing their seats that is holding them back.

This time last year, at the Conservative Party conference, Clarke was already being talked up by the Thatcherites as a potential successor to Major. He was the star speaker at the Conservative Way Forward fringe meeting and much admired by Norman Tebbit. He then blew it by confessing that he had not read the Maastricht Treaty. He is only back in their good books now that they have completely written off Major. He is not likely to hang on to their support for ever.

The hope that Portillo will be able to control him is fantasy. If there is one reason why the Thatcherites fear and respect Clarke, it is because they consider him to be his own man. If they thought he was their prisoner, they would torment him just as much as Major. In any case, it would be as dangerous for Clarke as for Major to be so dependent on a rival.

On balance, the Tories may decide they had better stick with Major. But he will be a lame-duck premier, comparable to an American president who is nearing retirement.