Prior to the First World War, argued this writer, who signed as “WM”, the average factory woman was “indifferent” to suffragism and the attempts to improve her working conditions or economic position. The majority of suffrage organisations were dominated by the middle- and upper-classes, and most women who worked in factories were more concerned with maintaining a marriage than joining a union to fight for a pay rise. The war changed that. The importance of women’s work in munitions factories, as acknowledged by the government and the press, emboldened the workers, WM argued. Within the working class, new leaders of workers’ rights emerged. What’s more, the war destroyed many workers’ “formerly incorrigible belief in the economic security of marriage”. The circumstances of war had laid the groundwork for a whole new kind of working woman.

Before the war a public-spirited factory woman was so rare a being that she was worn as a trophy by the organisation that had the luck to discover her. Miss Annie Kenney, the half-dozen ex-factory workers who were employed as speakers by the National Union of Women’s Suffrage Societies and the Women’s Freedom League, the dear old souls in nodding bonnets and jet-beaded mantles who were brought from the East End by Miss Sylvia Pankhurst to prattle motherly common sense from the plinth of the Nelson’s Column, the handful of Lancashire weavers or Black Country hollowware workers who sometimes came to London as deputations to Cabinet Ministers, and the old factory hands who from time to time were found among the organisers of such bodies as the National Federation of Women Workers or the Workers’ Union, were the wonders of their time.

For the average factory woman was indifferent both to the attempts to get her a vote and to the attempts to improve her economic position. If a suffragist of uneccentric appearance and pleasant manners made a speech to her, she usually nodded her head in agreement and confessed that what was said was “all right.” If a trade union organiser spoke to her about the conditions of her work and the need of organisation, she frequently agreed again, and if she had a grievance that was exceedingly acute she would sometimes temporarily become a member of the union and allow the organiser to get the grievance removed for her.

But to persuade her to join a suffrage society or to remain permanently in a trade union was one of the hardest tasks in the world. Often she was too poor to afford the subscription or contribution. But probably a stronger reason why the suffrage movement made so little headway among working women was that it was not led by working women. In all the suffrage organisations – except perhaps the East End Suffrage Federation – the working women members were kept subordinate. In the N.U.W.S.S. before the war no working woman outside London could be on the Executive Committee, since that committee met in London twice every month and its members had to pay their own railway fares; and the ablest working women members of the Union lived in the North. Even Miss Annie Kenney shone as a satellite. 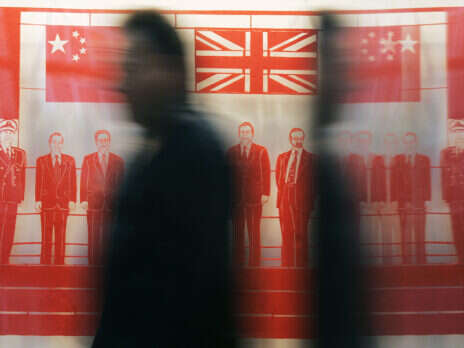 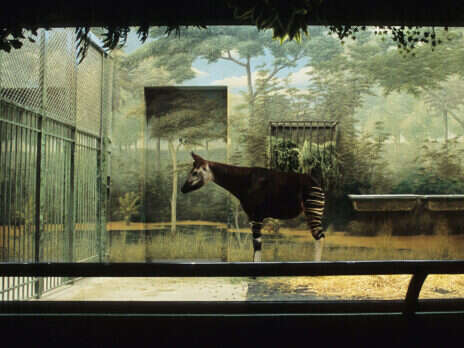 Consequently most working women felt that the question of enfranchisement concerned only the middle and upper classes. Again, it was a little unfortunate, though probably at that time inevitable, that the women’s trade union movement was led mainly by women of another class, with the result that the rank and file tended to regard their leaders, not as servants of their Union, but as kind ladies who graciously interested themselves in the welfare of the workers and, with a queenly gesture, miraculously removed quite a number of their grievances.

Neither suffrage “firebrands” nor trade union “agitators,” therefore, ever really succeeded in destroying the mass indifference of industrial women to all public questions. Nevertheless they might have succeeded if they could have won any considerable support from working-men. The fact that both agitations for the amelioration of factory women’s conditions were directed from above was a small hindrance when compared with the disapproval of working-men. In those days the average industrial woman worker was shrewdly aware that – at least for that period of married happiness for whose sake she held it worthwhile to suffer in spinsterhood and widowhood – masculine commendation mattered to her enormously more than enfranchisement or high wages or hygienic factories. For in a world where a persistent optimism had not been made ludicrous by war, every young working-class woman took for granted that her own husband was going to be at worst no villain, that he would be able to support her, and that her married life would be tolerably free from misfortune.

Yet three years of war have been enough to effect an amazing transformation in the average factory woman. In munition centres especially the change is indisputable. It is not only that women of a slightly superior class have been brought into the factories by patriotic impulses, or that in others an independent spirit has been created by the possession of separation allowances. Such women may have had an emboldening influence over those with whom they work, but it is among the latter that the change is most remarkable. Meek, “bullet”-dreading women who were factory workers for years before the war and used to cringe to managers and foremen, girls from eighteen to twenty-five – the age at which it used to be so difficult to interest them in anything but their own amusements – who were thrust into the labour market the moment they left school, and even those alarming flappers who are enfants terribles to serious-minded organisers, appear more alert, more critical of the conditions under which they work, more ready to make a stand against injustice, than their pre-war selves or their prototypes. They seem to have wider interests and more corporate feeling. They have a keener appetite for experience and pleasure and a tendency quite new to their class to protest against wrongs even before they become intolerable.

In these days, in any factory where an average class of woman is employed, nearly every department has in it at least one girl who will boldly face “the boss” with complaints, who, if terms of abuse appear to her good and necessary, will proceed to that extreme of exhausted vituperation in which a righteously angry and superlatively courageous factory girl will venture to tell her foreman that he is “no gentleman.” She will even carry her complaint to the works manager. She will harangue her fellow-workers in the dinner-hour. When one thinks of the timid self-consciousness with which highly-educated middle and upper class women make a maiden speech, it is astonishing to note the calm, matter-of-course way in which many a factory girl will simply and clearly state her case and then, without any attempts at oratory, without any irritating, emotional peroration, sit down. She falls under the soul-destroying influence of rhetoric only when she is seduced into politics. Among her fellow-workers she is concerned with a practical programme. She has definite grievances to remove and definite rights to secure.

Even trade union organisers have been heard to complain that the modern factory girl is not interested in ideals but cares for her union merely as a means of securing higher wages, being greedy for money. This is not true; the higher possibilities of organisation often appeal to her strongly. But she is hungry enough to want a solid meal before she is given the luxury of dessert. She knows that in hundreds of munition factories the Government orders regarding wages are not yet obeyed, and that if she secures her legal minimum, or, being on a man’s job, is given a man’s wage, she will neither swallow the firm’s profits nor receive more than her due. Munitions firms have done much to arouse in her a fighting spirit.

Naturally, this change is not universal, or at least is not everywhere discernible. There are still plenty of factories where the girls will accept without protest a cutting of rates and will not dare, lest they be dismissed, to join a union. But the important difference is not that an entire class has been reborn, but that the average factory woman is less helpless, and that the class is evolving its own leaders. After the war politicians may find its votelessness uncomfortable, not because it wants enfranchisement itself, but because it is learning to make its presence felt in unpolitical ways. Soon it will no longer need to look outside itself for direction; the leaders it is producing are exceedingly capable. They are being shaped by a score of influences. The war is destroying their formerly incorrigible belief in the economic security of marriage. And women munitioners have been praised in Parliament and the Press and on public platforms till they have been forced to believe that they are of national economic importance. Sometimes there has been a scarcity of labour big enough to give women a choice of employments and consequently a small degree of independence. Occasionally the rise in wages has come sufficiently near the rise in prices to make it possible for the factory woman to raise her standard of living.

Every member of the family has his or her grievance. The father perhaps is a skilled engineer and is afraid that he is being robbed of the value of his skill by the process of dilution. The eldest son is in the Army, and perhaps sends home tales of petty tyrannies, and minor, avoidable irritations. Another son, with incurable physical defects, is forced into the Army and falls dangerously ill. One daughter goes to another town to work in a munitions factory, cannot get a leaving certificate, and barely earns enough to pay for board and lodging. Thus the women of the family are being brought more than ever before into contact with questions of principles and rights. Questions of Government administration are forced upon their notice. And in the factory the very men who used to tell them that trade unionism was no concern of theirs are urging them to organise for the protection of men workers as well as of themselves.

The woman worker who was formerly forbidden by her menfolk to interest herself in public questions is now assured by politicians, journalists and the men who work at her side that her labour is one of the most vital elements in the national scheme of defence, and that after the war it is going to be one of the most formidable problems of reconstruction. Flattery and discontent have always been the soundest schoolmasters. The factory woman was a case of arrested development, and the war has given her a brief opportunity which she is using to come into line with the men of her own class.