In this article from 2000 Yvonne Roberts discusses the politics of cosmetic surgery. She writes of her concern for the rising popularity of aesthetic treatments, particularly among young women. There had been a staggering 500 per cent increase in the number of surgeries in the US over the previous ten years, while 57 per cent of British women were unhappy with their appearance. The desire to achieve a “smaller bum” feels dated – today it is demand for the Brazilian butt lift that is booming – but while body standards change, the “ironic twist” that Roberts identifies remains: women seeking cosmetic surgery co-opted feminist arguments to justify their capitalist practices. “‘Hey,’ they say, as they literally bare their new chests to their girlfriends, ‘I’m doing this for me.’”

In 1963, in The Feminine Mystique, Betty Friedan wrote prophetically of her white, middle-class world: “…The problem that has no name stirring in the minds of so many American women today is not a matter of a loss of femininity or too much education or the demands of domesticity.

“This is far more important than anyone recognises … It may well be the key to our future as a nation and a culture. We can no longer ignore that voice within women that says: I want something more than my husband and my children and my home …”

Several decades on, as those baby-boomer women to whom Friedan referred have moved on through middle age, “something more” is beginning to look like something depressingly simple – new breasts; a smaller bum and a face surgically stretched as taut as a sail in a high wind. “Start the Revolution!” has become “Stop the Clock!”. 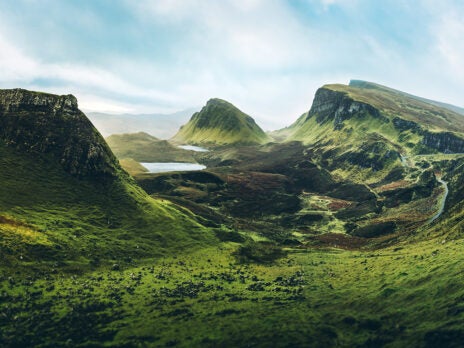 Earlier this year, the American Academy of Cosmetic Surgeons announced a “staggering” increase in its business, up by 500 per cent over ten years. According to cosmetic surgeons in the UK, we are proving almost as enthusiastic for chemical skin peels, liposuction, face lifts et al. In our newspapers, mea culpa confessionals have given way to “mea sculpture” diaries as the cut and thrust of eyes, nose, and other anatomy adjustments are provided in loving detail, mostly to the tune of “Je ne regrette rien …” And the men are queuing for overhauls too.

Mark Russell has recently received a generous £93,000 in damages. The removal of subcutaneous fat from his face, intended to give him “a more angular look”, instead left him gaunt and lumpy. He announced himself disappointed since he’d expected more than a million pounds. In this month’s Vogue, Christa D’Souza describes how she endured pain worse than childbirth to acquire a larger chest when, perplexingly, she says there was never “anything terribly wrong” with her breasts in the first place. Immediately after the augmentation, she tells us, she couldn’t shower or pick up her baby. Her boyfriend is so proud of D’Souza’s newly pumped-up chest, “He cannot stop telling all his friends. Indeed, on a few occasions, he’s even allowed some to cop a feel”. She quotes one man who says of his wife’s implants: “Of course, you can tell they’ve been done, but that’s part of it. I really appreciate the fact she made the effort.” She acknowledges that the implants may go hard and that they will have to be replaced within ten years. What’s more, “Being stacked is not nearly as glamorous as it is made out to be”. Her reward, she reports, is that, close to her 40th birthday, men treat her differently and: “I find I actually quite enjoy the idea of starting all over again.”

D’Souza’s unrelenting honesty in, as it were, beating her own breast, is a mite unnerving, not least because her testimony encapsulates the weird mass of contradictions that now encompasses the politics of appearance. Recently, for instance, it was revealed that one man, Kevin Wright, had his left leg amputated in order that he should feel whole. It took him years to find a surgeon who would agree to the operation, which eventually took place in 1997. He is now a happy man. If the free market is all that matters, it seems illogical that it should be almost impossible to have a leg removed – but perfectly easy to turn oneself into a Pamela Anderson copy. Surely, the customer is always right – even if he or she might be suffering from Body Dysmorphic Disorder?

Once upon a time all those contemplating cosmetic surgery were given a psychological grilling to ensure that they didn’t expect a personality transplant along with their smaller nose. Now, that appears to be a formality. If you have the money, you can adjust, but not amputate, what you like – irrespective of the effects on health and mind.

In Beauty Secrets, published in the early 1980s, the sociologist Wendy Chapkis took a cogent look at the tensions involved in trying to make a stand against the objectification of women (D’Souza would presumably regard the comment “Nice tits” as vindication of her consumer savvy in opting for the right surgeon): the price paid by the overvaluation of female beauty and the space occupied by most of us somewhere in between, in which we try to look nice without losing too much sleep, blood or hard cash. “Appearance talks, making statements about gender, sexuality, ethnicity and class. In a sexually, racially and economically divided society, all those visual statements add up to an evaluation of power,” Chapkis wrote. “Traditionally, a woman dressed in money has been assumed to be making a statement not about herself, but about a man.”

That was then. Now, we have an ironic twist. Women are still shelling out for clothes with logos and pert protuberances, but today it is coated in the language of liberation. “Hey,” they say, as they literally bare their new chests to their girlfriends, “I’m doing this for me.” So, that’s all right then. The Sixties were simpler. “The personal is political” was the slogan – and all signs of commercial female adornment merely meant you were a slave to male attention, competing with other women for that highly prized commodity – a man. Even then, however, there were contradictions. Many straight women, like me, believed in the right to free ourselves from sexist stereotypes – but we also thought there wasn’t anything drastically heretical in a touch of lippy and a short skirt. We did it to attract male attention, but also because – well, hell, we liked it. And, unlike Germaine Greer and Gloria Steinem, we needed all the help we could get.

It might be argued that the woman who stuffs a couple of silicone implants under her skin in the 21st century is little different from those of us who refused to abandon our mascara 40 years ago. And yet. To me, painting skin seems to be different from body mutilation, while trying extreme measures to stay young is somehow robbing the soul of the experience of growing older – however tough it might get. Or am I just old fashioned?

Twenty years ago, Wendy Chapkis suggested: “We do not need to change our bodies. We need to change the rules …” Ten years ago, in The Beauty Myth, Naomi Wolf pointed out: “It is not lobbyists or placards that women will not heed, as much as a new way to see …”

Both, of course, are right – but both have overlooked a couple of simple facts. While some of the baby boomers may have moved on, they live in a culture in which the controllers of the media and advertising are mainly in their early thirties. The language of youth and beauty and thinness is the only one they yet know as connoting “success” and good times. So, the game is played with even more ferocity as (some) women and (more) men and every magazine work frantically to pre-empt that most terrible of western millennial crimes: letting oneself go.

[See also: The philosophical case for not wearing make-up]

Researchers from Strathclyde University in Glasgow recently spent two years examining the employment patterns of a style-led service economy. They discovered the “aesthetic market”. You may have an impeccable body of qualifications, but if the cheekbones fail to come up to scratch, then you’re out on your ear. And if you are beautiful but 30-plus, then you’re out to grass anyway. As we already know from the United States, cosmetic surgery is now almost a necessity for the ambitious careerist.

So, what is a girl or a boy to do? In the grand scale of war and famine and poverty, should this small private concern – how do I look? – have any public and political resonance? Does it matter if we turn into freakish 70-year-olds with the faces of ingenues and the hands of old women?

Of course it does. None of us is immune from the Peter Pan temptation – the issue is where do we draw the line?

“Choice” is relative. It is tempered by all sorts of considerations and it also helps if we have grown up. Several million women are now approaching “new” old age; gone are the C&Ts – the Crimplene and twinsets. The government has expressed dismay that 57 per cent of women are unhappy with the way they look. The miracle, to my mind, given popular culture’s constant onslaught, is that the proportion is that small.

It is a tiny hope, but perhaps there is a growing number of subversives – women and men who may occasionally spend more than is sane on a pot of anti-wrinkle cream, or who may disguise the grey in their hair, but who are nonetheless happy to abandon the constant vigilance about appearance that youth once demanded; and who certainly won’t succumb to the surgeon’s knife. The question is: will society judge us at more than face value?