As Christmas approaches, it seems a good time to look back over some of the covers that captured key moments in an extraordinary year. Here are ten of the cover stories we are proudest of publishing in 2020.

21 February: The age of pandemics: coronavirus and the geopolitics of disease

In the early days of the Covid outbreak, the science writer Laura Spinney looked back to the 1918 flu epidemic. After 50 million were killed, new global organisations were created to fight infection – but in an age of renewed great power rivalry, she argued presciently, they are no longer enough. Read the full story 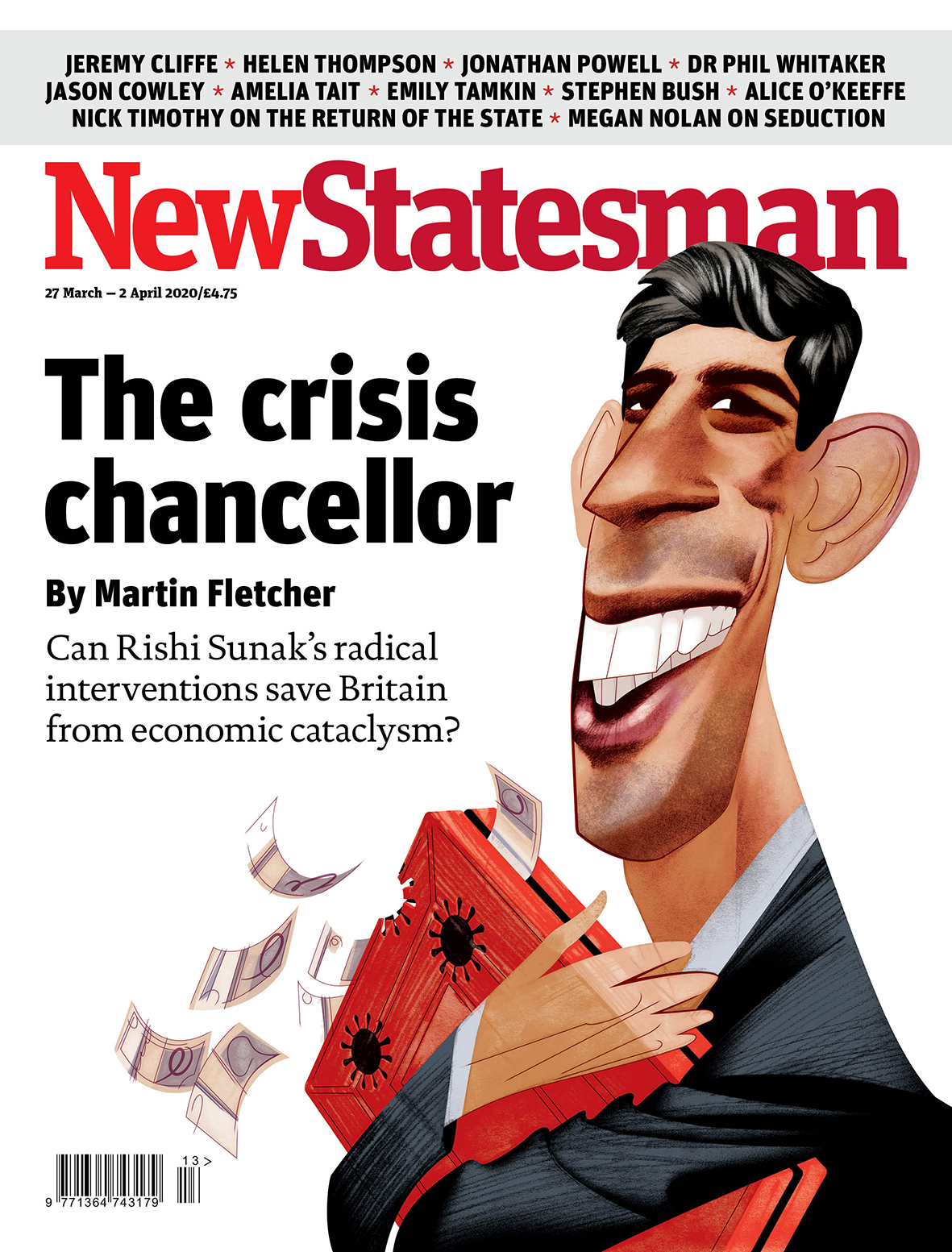 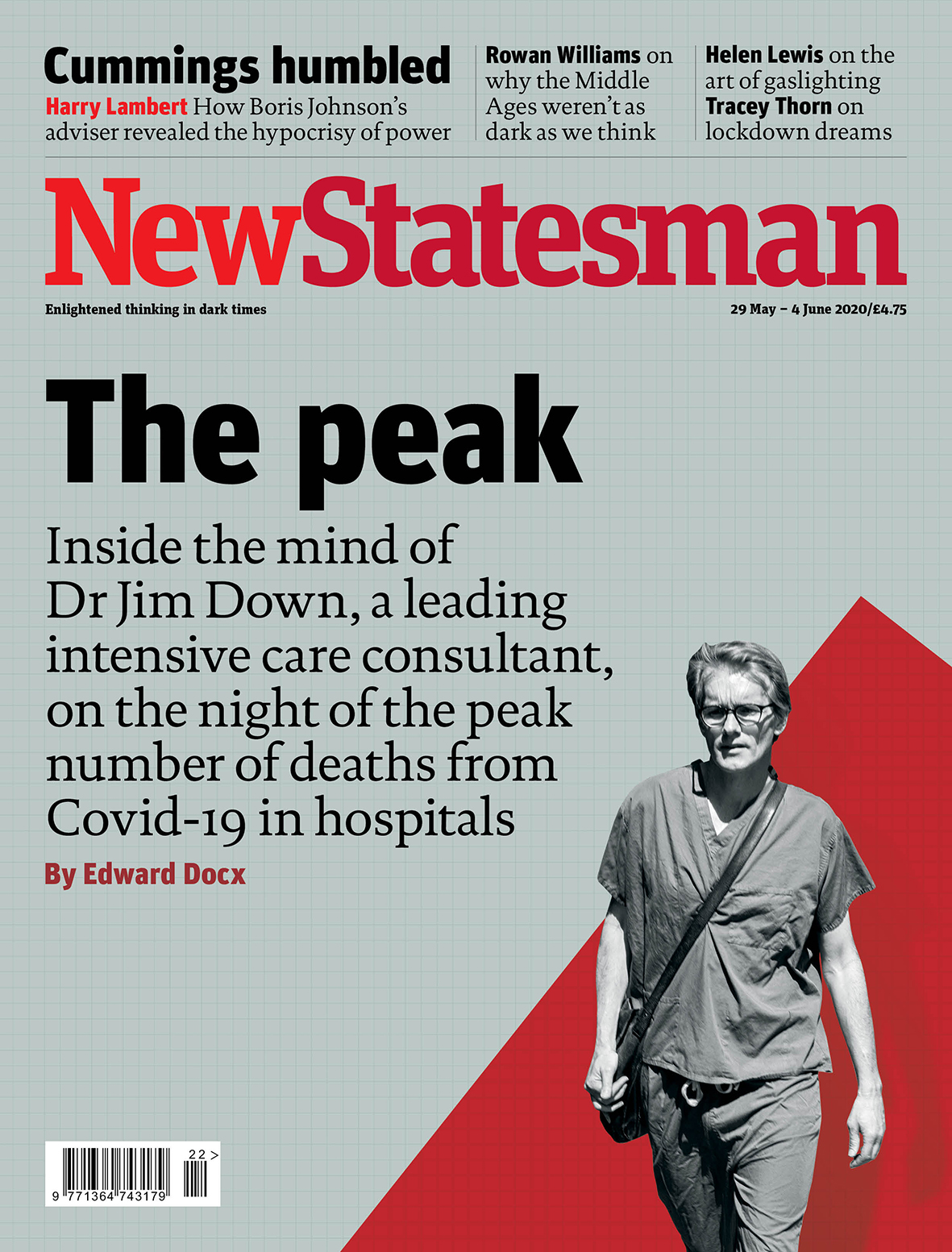 A haunting piece of reportage by the novelist Edward Docx, following an intensive care doctor over 24 hours at a major London hospital as Covid-19 deaths peaked. Dr Jim Down photographed for the New Statesman by Kalpesh Lathigra. Read the full story. 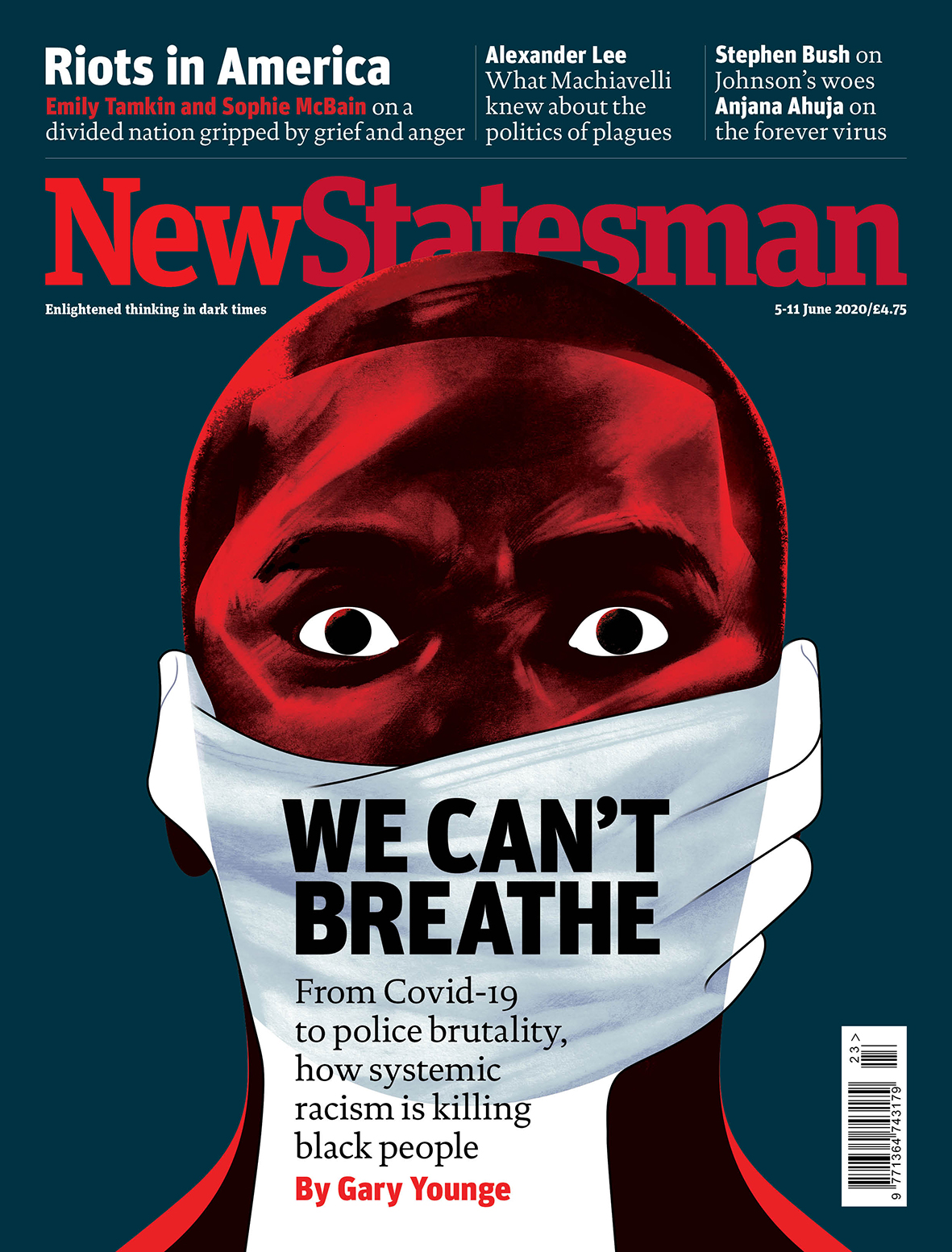 Gary Younge had been working for some time on a story about BAME coronavirus patients when an unarmed black man, George Floyd, was killed by police in Minneapolis. What connects the two, he argued in this powerful piece, is systemic racism. Cover illustration by André Carrilho. Read the full story. 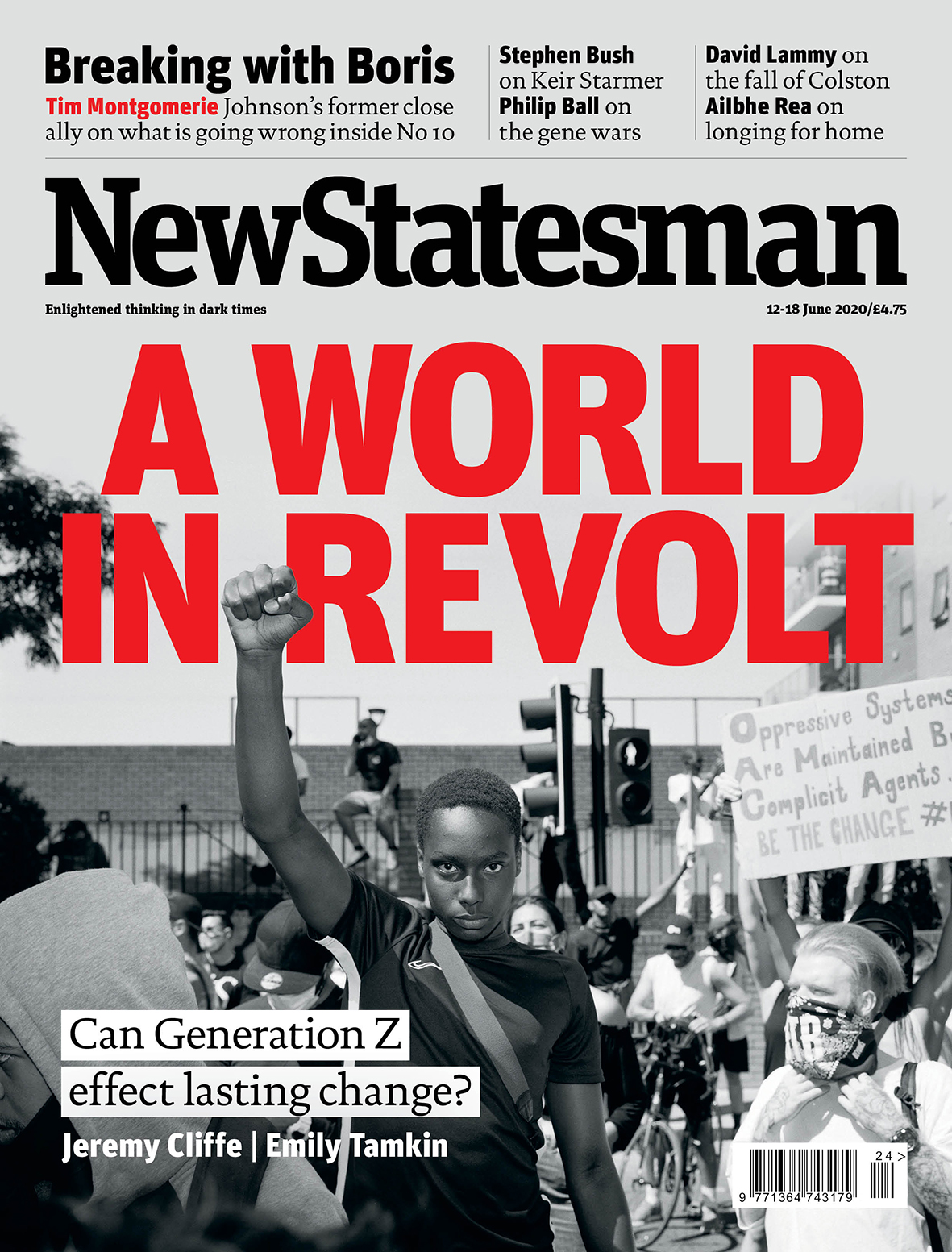 As the Black Lives Matter movement spread around the globe, this photograph of a young protester in London seemed to capture the determination of Generation Z. Our international editor Jeremy Cliffe argued that politicians ignore them at their peril. Photograph by Tommy Sussex. Read the full story.

3 July: Anatomy of a crisis: How the government failed us over coronavirus 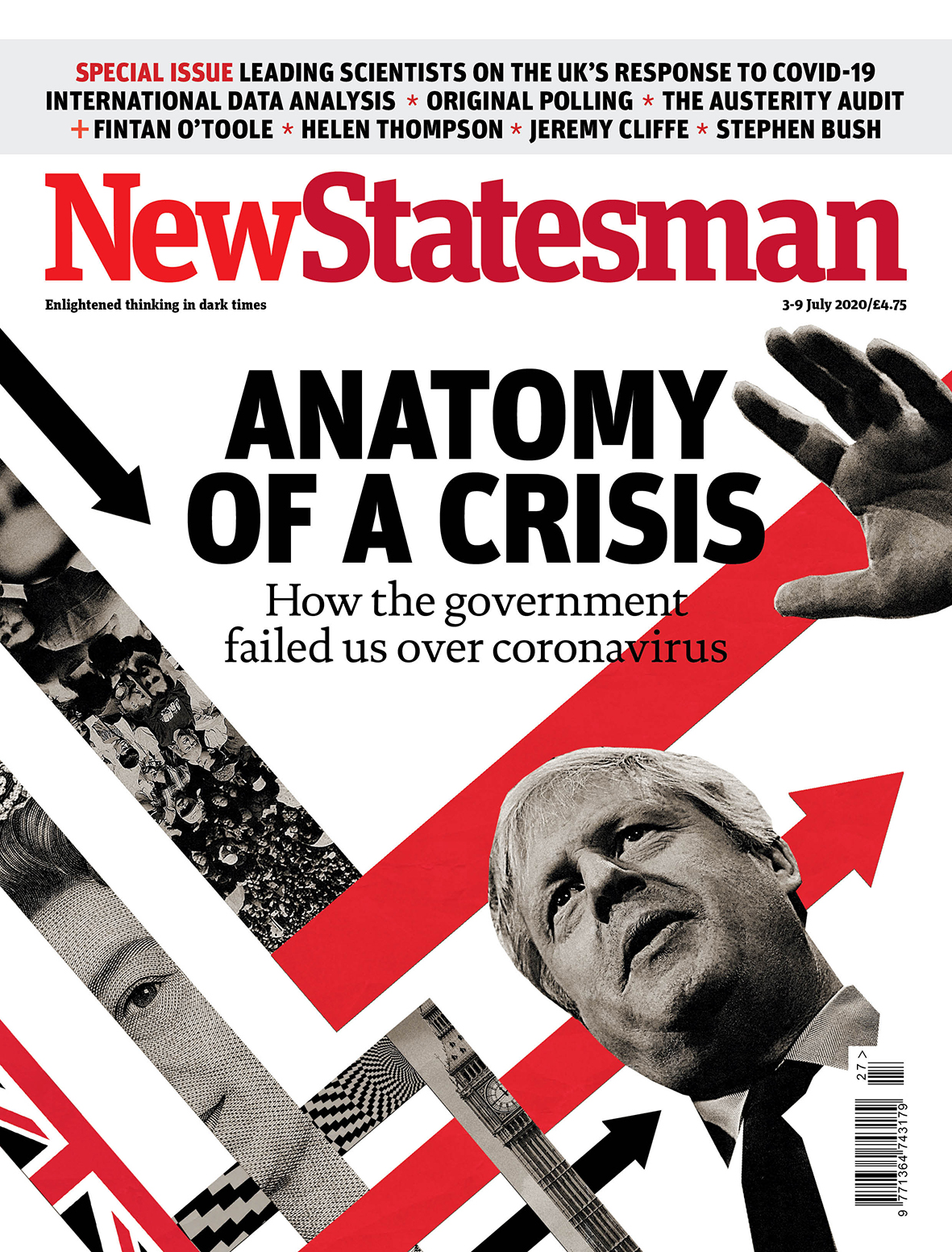 A special issue of the NS, published six months after the virus was discovered, offered a forensic examination of the UK’s response to Covid-19. We analysed data, surveyed scientific experts and business leaders, and charted the blunders – and the effects of a decade of austerity – that led to the UK recording the highest excess death rate in Europe. Cover illustration by Lincoln Agnew. Browse the issue.

28 August: The world after Covid 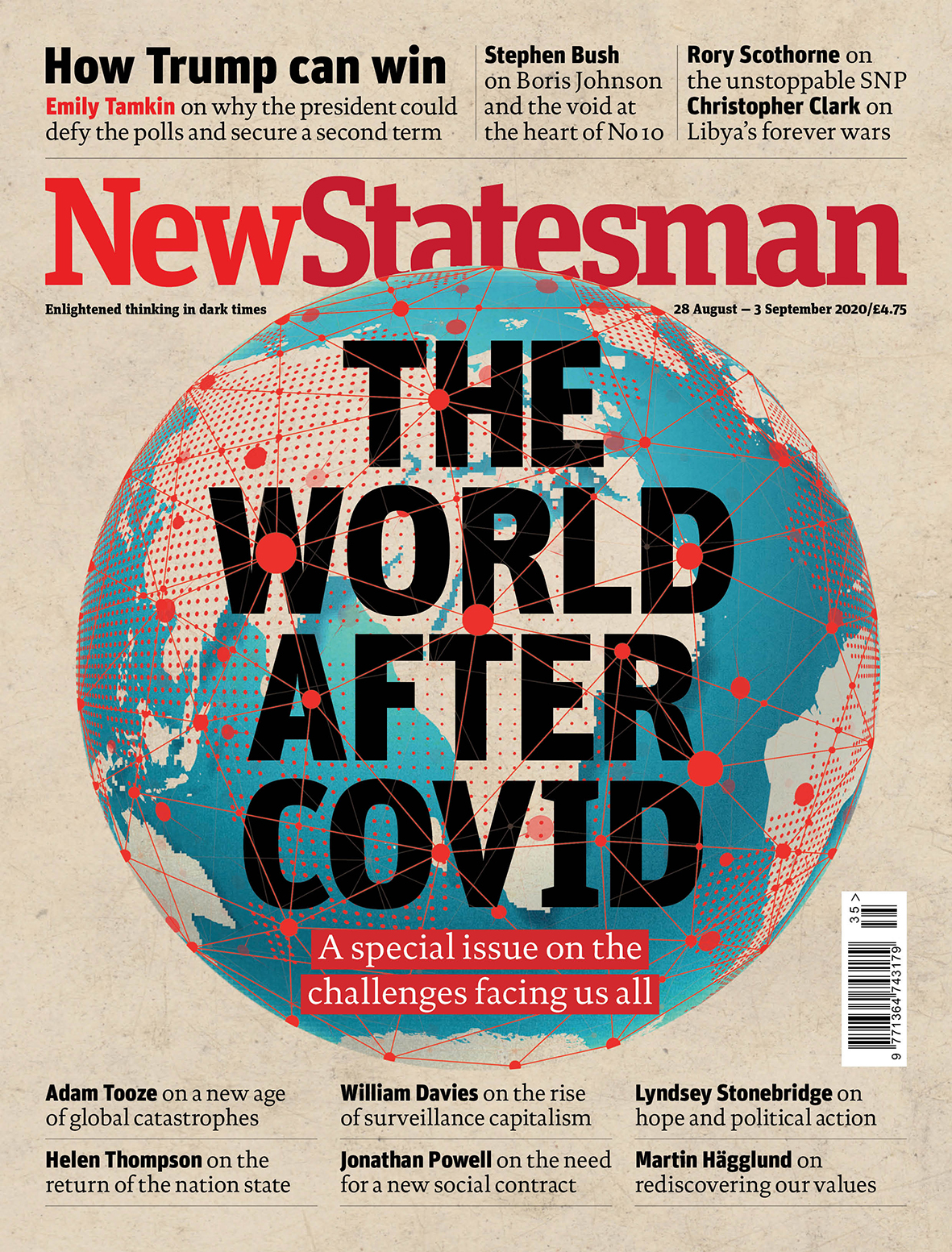 New Statesman writers on how the Covid-19 pandemic will transform our way of life, from the onward march of surveillance capitalism to the necessity of finding a new politics of hope. Cover illustration by Michelle Thompson. Read the full story.

16 October: Can Joe Biden save America?

Were Biden to win, our US editor Emily Tamkin speculated in this perceptive profile, Americans would know what they were getting. “Not an ideologue. Not a reality star. A politician, once again, who would be president.” Cover illustration by André Carrilho. Read the full story. 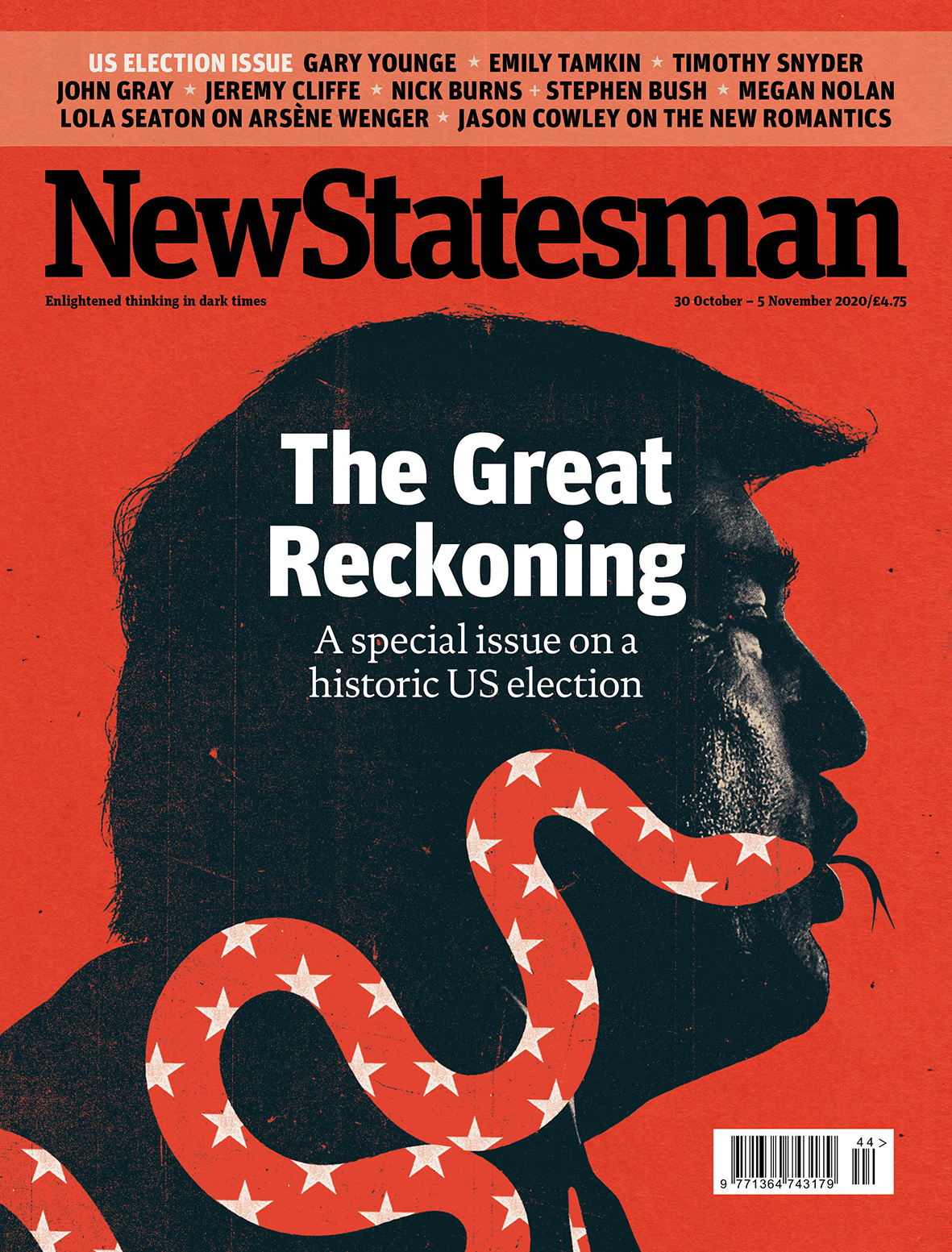 In a special issue published on the eve of the election, the historian Timothy Snyder, gravely ill in hospital with sepsis, reflected on America’s “politics of pain” and how Donald Trump transformed the US’s inequalities into a suicidal tribalism. Cover illustration by Mike McQuade. Read the full story. 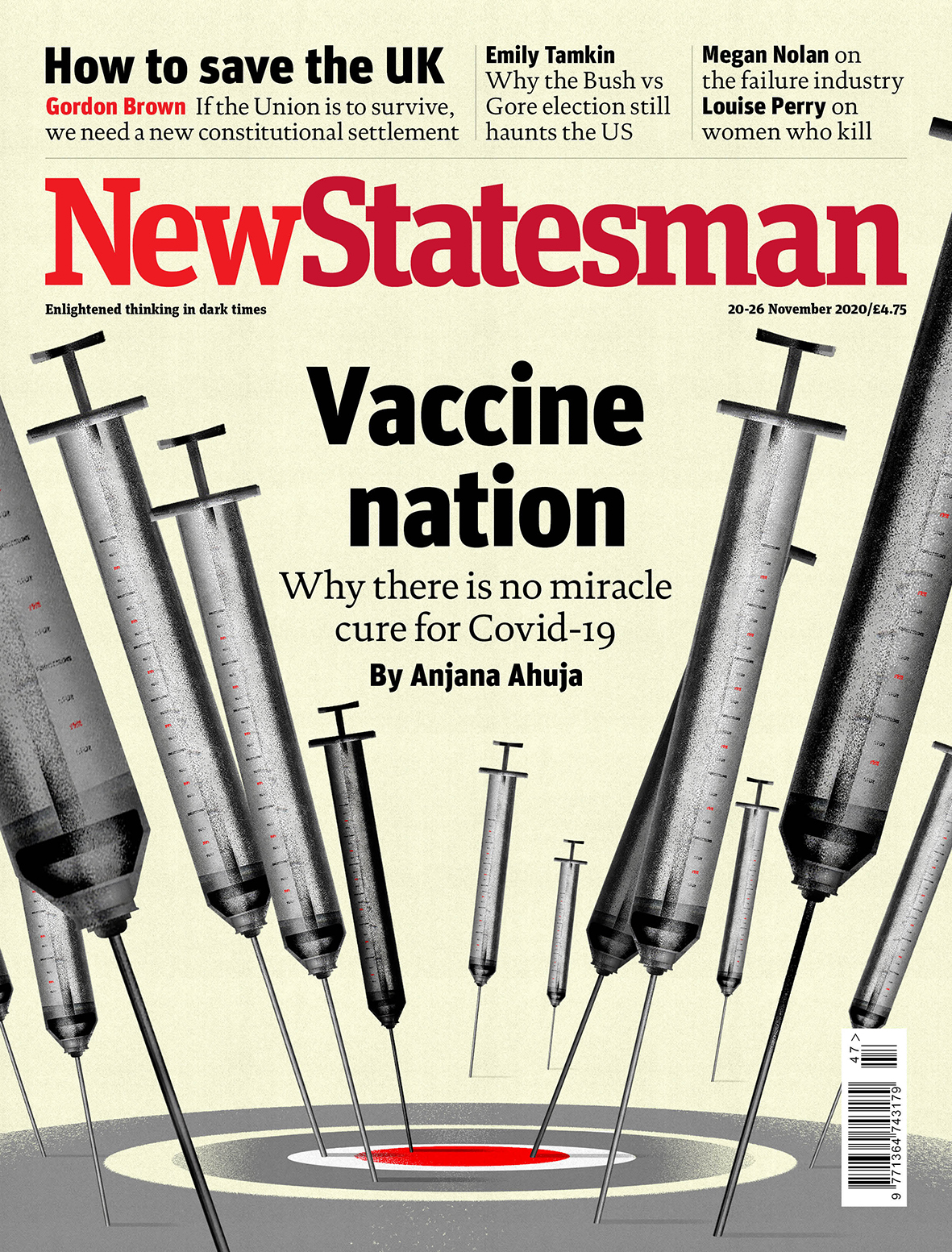 In a sequel to her earlier cover story on the race for a vaccine, the science writer Anjana Ahuja considers the challenges ahead as the world rushes to adopt the newly discovered vaccines. Cover illustration by Brian Stauffer. Read the full story.

Tom Gatti is Deputy Editor of the New Statesman. He previously edited the Saturday Review section of the Times, and can be found on Twitter as @tom_gatti.