Money has not been too tight this month, thanks to the generosity of one Mr Tony Bovaird, who left enough vouchers for me at the Brighton branch of Majestic Wine to subsidise my drinking for two or three weeks. It was, he said, a “tiny thank you for all the pleasure you bring us NS readers”. Readers are encouraged to follow this excellent man’s example. But still the sense of indolence and incapacity, of life and work going on elsewhere, enforced hitherto by habit, ennui and diffidence, has now been reinforced by circumstance.

The search for a new home is not, at the time of writing, going too well. The first major setback came when I stepped into the estate agent down the road. I’d seen a couple of properties advertised in the window that looked affordable. I put my mask on and step inside. There are a couple of young people sitting at desks there, eager for custom. I approach the young woman who seems marginally more eager to see me.

“Yes, I’m looking for a one-bedroom flat to rent near here and I saw a couple of places in the window. . .” 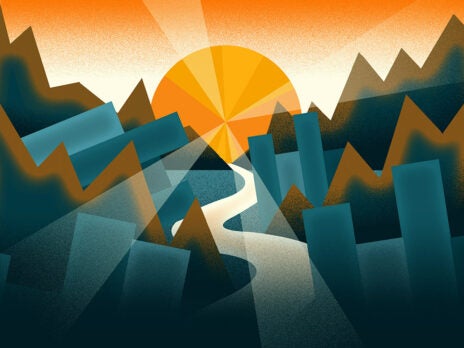 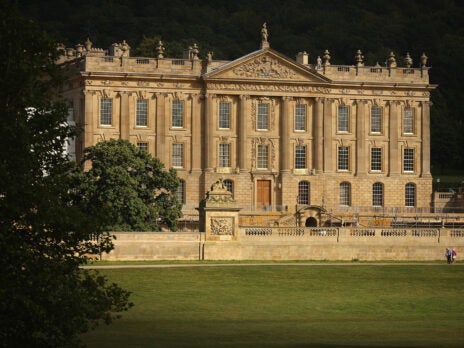 She makes a kind of “I’ll stop you right there” gesture and hands me a business card. It’s fairly conventional, except for her printed name, which looks as though it is pretending to be handwriting. Her first name is “Milly” and I am reminded of the line in Antal Szerb’s glorious novel, Journey by Moonlight, when a character comes across someone called “Millicent”. “‘Millicent,’ he said. ‘There’s someone in the world actually called Millicent!’”

“So I shouldn’t pay any attention to the properties up in your window?”

I like to think of myself as someone who does not make too much of a fuss in public; who, when his world is rocked to its foundations, maintains a calm facade. It is as much about reassuring others as it is about maintaining one’s dignity. But when I learned that what is in an estate agent’s window bears absolutely no relation to the reality of the outside world, I nearly, as the Americans say, lost my shit. But instead I channelled my inner Vulcan, suppressed my emotions, and merely said, “Ah”. Does everyone else know this? How many of you now, reading this, are laughing up your sleeves at my innocence?

So the next morning, I look at their website. I see quite a handful of properties which look feasible, about the price I’m paying now – in one or two instances, slightly less – and not too far away. I start jotting down the details and pick up my phone to make an appointment to view them. This, I thought to myself, is going to be easier than I’d expected.

I start to build a fantasy about my new life, on the first floor, away from the hobbit-hole I live in currently. (It’s not bad as hobbit-holes go, but one can only live in a basement for so long if one is not actually a hobbit.) Look at the well-presented airy vistas I shall command! Behold my 18ft living room with a fireplace! When I look out of my window I shall see things below me, and not an overgrown bank almost entirely overrun with snails! (It was actually very cheery in the spring, with the wildflowers, but now, not so much. And people will keep chucking empty beer tins into the area.)

But it turns out I was building castles in the air; or rather, one-bedroom flats in the air. For each thumbnail has the words “Let Agreed” in the upper left-hand corner. I am new to the world of estate agents, or newly re-entered (my last experience with one was in 1994, when my wife and I bought the family home; and she did pretty much everything in terms of dealing with them), but I am fairly sure that the words “Let Agreed” are the rental equivalent of “Sale Agreed”, in other words “forget it, pal”. I could ring up Milly and ask her if this is indeed the case, or whether a letter has dropped out of the deal, but I don’t want her to think I’m even more of an idiot than I actually am.

Meanwhile, scrolling through the photographs makes me feel a little uneasy. The ones I like are all entirely devoid of furniture. This means I’m going to have to buy a table, chairs, a fridge, maybe a sofa. A bed, even. How does one buy a bed? (I will be leaving behind all the furniture, a broken toilet seat, and a kitchen tap that sprays water everywhere whenever you turn it on.)

Last week I saw that my fellow columnist, Pippa Bailey, is in a similar predicament, but she seems to have arranged matters with maximal efficiency, and without getting into a funk of panic and hopeless despair. How do people do that?