While some Brits are now relieved that their new Prime Minister is not their old prime minister Boris Johnson, Israelis who are heading to the polls on 1 November are still facing the prospect of a similar comeback. Ahead of a fifth election in less than four years, polling indicates that after a year as leader of the opposition, the former prime minister Benjamin Netanyahu could very well be headed back to the premiership.

To recap: in June, Israel’s coalition government dissolved, prompting the 1 November election and giving Netanyahu, whose criminal trial on charges of bribery, fraud and breach of trust is ongoing, an opportunity to return to power.

That “change government”, as it referred to itself, was formed by a coalition of parties on the left, centre and right looking to oust Netanyahu. In June 2021 the bloc had finally managed, after three earlier attempts, to replace Israel’s longest-running PM, widely referred to as Bibi by Israelis. The government was led by Naftali Bennett in a rotation agreement with Yair Lapid, who took over after the coalition dissolved in June.

Throughout these election rounds, one key issue has loomed over proceedings. Once again, despite the best efforts of anyone wishing to look beyond Netanyahu towards Israel’s myriad urgent problems, the big question ahead of the 1 November vote remains “Bibi or not Bibi”. According to the most recent polls, the right-religious bloc, led by Netanyahu, and the centre-left, led by Lapid’s Yesh Atid (There is a Future) party, are still deadlocked on around 60 seats each. 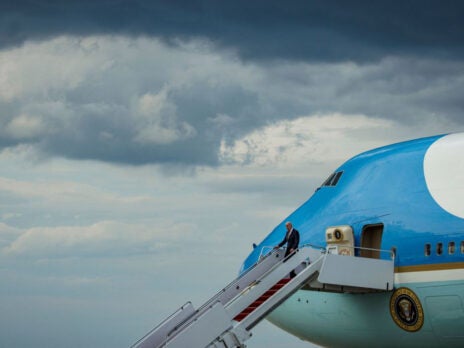 In Israel’s proportional representation system, a majority of 61 is needed to form a government. Israel’s president will give the mandate to do so to whichever party looks most likely to succeed. After votes are counted, as parties fight to cobble together governing coalitions, those with a smaller number of seats become kingmakers. Such parties strategically leverage their election spoils to get high-profile cabinet positions or chairmanship of key parliamentary committees.

The big question may have endured, but the characters and sub-plots of Israel’s dysfunctional politics have shifted. One shift is the disintegration of the Joint List slate of Arab-majority parties. These parties first joined forces in the 2015 election to ensure that all would make it past the electoral threshold of four seats. The result was that they won a record-breaking 13 seats, making it the third largest slate in the Knesset, and reviving the political participation of Israel’s Arab minority in the process.

But in the last election in March 2021, the Islamist party Ra’am split from the group. With great political nous, Ra’am’s leader, Mansour Abbas, became that election’s kingmaker, ultimately joining the Lapid-Bennet government after flirting with joining Netanyahu’s right-religious bloc. Now, however, alongside Ra’am, the Palestinian nationalist party Balad is running independently. (Only Ta’al and Hadash, a mixed Jewish-Arab party, are running together.) With Balad looking like it won’t make it past the electoral threshold, the centre-left bloc will be weakened, making it only more likely that Netanyahu can cobble together a coalition.

As such, there is a real effort to rally Arab voters, who are already disillusioned by Israel’s treatment of the Palestinians in the occupied territories, the systemic discrimination and racism against them in the country, and the chronic underfunding and neglect of their communities.

But it is not only their representation in the Knesset that is at stake: those votes could make or break Netanyahu’s chances, which this time rely on the newly formed alliance, the Religious Zionist party, among others. With potential seats in the double digits, the Zionist Party is in poll position – third place – to leverage a very powerful role for itself in a Netanyahu government. The Zionist party is on the extreme right. Its leaders have stated racist, Jewish supremacist and homophobic views. As a youth, one of them, Itamar Ben-Gvir, was part of the now-banned Kahanist Kach movement, led by Meir Kahane, the Jewish extremist rabbi who advocated expelling Arabs from Israel.

The prospect of the Zionist Party being senior partners in government has spooked even the Jewish diaspora. The UK’s Jewish News recently ran a front page asking: “They hate Arabs, LGBT people and even some Jews. They are heading for power in Israel. Where’s the outrage?”

Netanyahu has spent years sowing division and hatred in service of his political survival. He has spent years casting aspersions on Israel’s criminal justice system, claiming that the criminal charges against him are fabricated by a leftist deep state that wants to bring down his right-wing government. He has spent a year in opposition being as obstructive as possible in the hope that he could get back to power and enact reforms that could keep him out of prison.

That his path to power involves partnering with dangerous extremists is clearly of little consequence for him and his fanbase. It was Netanyahu who brokered the alliance earlier this year between Ben-Gvir, head of the Jewish Power party and Bezalel Smotrich, head of the Religious Zionism party, to run on a joint ticket, creating the Religious Zionist party. This way both are guaranteed to pass the electoral threshold, bolstering Netanyahu’s chances of forming a government. (The pair of extreme right parties ran together in the last election, too, but previous attempts at joining forces for this round had fallen apart.) And the pay-off for Netanyahu is blatant. On 18 October, Smotrich announced a package of legal reforms if his party is to enter government which include the abolishment of the offences of fraud and breach of trust.

Israel has more urgent problems than the kinds of reforms touted by Smotrich. Lapid and Bennett’s “government of change” at least brought back a semblance of decency to governance. The country still has the neverending conflict with the Palestinians, constant outbreaks of violence in the Palestinian occupied territories and an economic crisis to contend with. An alliance of Netanyahu and the extreme right seems a terrible price to pay for one man’s self-interest.