After months of seemingly endless violence, Moscow and Washington finally agreed at the weekend to restore a 48-hour ceasefire in Syria, with the hope of extending it further if it’s successful. Secretary of State John Kerry called the deal a “potential turning point,” a sign that even he recognises that the deal doesn’t offer any definite hope for the future.

As a Syrian, I watch the latest developments in “resolving” the Syrian conflict with cynicism and very little hope. This tentative truce is, after all, the second reiteration of a failed truce from February this year. Why do I have so little faith in it? To put it bluntly, the US and Russia are applying the same plaster to a wound that has only grown deeper and more bloody.

First of all, the extremist factions who are fair game throughout the truce — Islamic State (IS), al-Nusra, Jabhat Fatah al-sham and Assad’s supporting militias like Hezbollah — will carry on wreaking havoc just like last time.  And this time the situation is even more complicated. Extremists and non-extremist factions have been working together against Assad’s regime in Aleppo. All of a sudden, Washington and Moscow are separating them into categories before they have had the chance to disentangle themselves.

Some point to the blessing of Hezbollah and Assad as reason to believe that the truce has the ability to last, but this should be approached with a great deal of caution. It’s no secret that Iran has been bolstering Assad, providing ground support in the form of Shia militias operating under Hezbollah, with the aim of fighting extremist Sunni armed opposition groups in Aleppo. Iranian aggression has increased throughout the region recently, masquerading as the guardian of Shia around the world against the threat of Sunni extremism. Iran needs to be able to justify its involvement in Syria through the existence of sectarian violence. A truce between the armed factions doesn’t serve Iran’s agenda for sectarian-based hegemony in the region. Iran-backed militias know this, and so they are unlikely to respect the ceasefire. 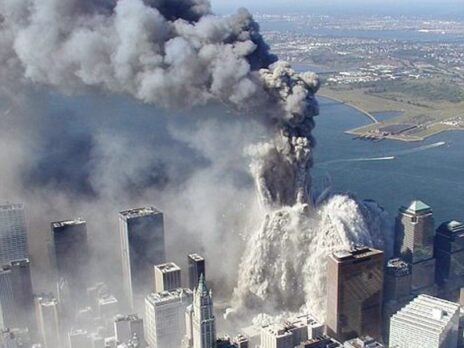 Letter from Israel: The endless war

All this means that the truce is on a knife-edge. Not all of Syria’s armed factions have signed up. Most probably, factions backed by Turkey and the US will commit to the agreement, and hopefully this will force other groups to lend their support. But even so, given the territorial divisions in Syria, where some areas are held by rebel groups and others by the regime, the likelihood is that the truce will only work fully in some places. Meanwhile, extremists not included in the agreement will continue their bloodshed.

Kerry said the plan was intended “to reduce violence, ease suffering and resume movement towards a negotiated peace and a political transition in Syria.” Intentions are all well and good, but a truce alone without a real transitional process will not last. Neither will a truce that does not address all the extremist groups that endanger peace and stability, including the Shia militias supporting the Syrian government. Furthermore, in a press conference last night Kerry seemed to indicate that Assad could have a margin of maneuver to attack “terrorists,” though the State Department later denied claims of these suggestions.

First of all, we have to accept that the objective of Shia militias such as Hezbollah and Sunni extremists including IS and Jabhet Fatah al-Sham is to block peace until their goal has been achieved. Accepting that they’re fundamentally opposed to any lasting peace settlement — and acting accordingly — is the only chance Syria has of ending the war.

Second, Syrian armed factions need to keep working with the Americans and to turn away from the temptation to ally themselves with jihadi groups, as they did in Aleppo. That said, this has to be a two-way process. The US has to empower the FSA to build stronger bridges and keep these factions out of the arms of jihadi groups.

Third, there should be a minimum consensus between Turkey and the US regarding the Kurds, mainly the YPG allegedly affiliated to PKK. There should be a clear identification of who is the enemy, and whether or not to consider the Kurds as US-backed ground troops fighting IS or whether they are a serious threat to the unity of Turkey, a NATO ally, with its ambition to create its own autonomy.

If the truce does succeed, then there is a real danger that it won’t last beyond the initial 48-hours.If and when the bombing stops, Syrians in opposition-held areas will go out to the streets and call for Assad to step down, as they did in March 2011, when this whole sorry mess began. This will most likely prompt the same response from Assad, causing the truce to collapse just like the one in February. Until we have a truce that can secure a political settlement and provide an answer to what happens to extremist groups in Syria, we can continue to expect the same results.