Russia’s invasion of Ukraine once triggered existential fear and outrage in the West. Now, for large parts of the Western public, it triggers boredom. Though Russia looks set to take control of the vital Donbas city of Severodonetsk, after weeks of concentrated artillery offensives, the rest of the front line has barely moved in a month.

The phase of heightened uncertainty, when the public hoped the Ukrainian army would smash the Russians, or trigger a palace coup by inflicting large numbers of casualties, is over. To understand why war fatigue is fatal, and to counter it effectively, we need to see this conflict at three levels.

First, there is the land and sea war in which the question is: will Vladimir Putin conquer the whole of the Luhansk Oblast and then call it quits, challenging Ukraine to retake it? And more importantly, will he retain supremacy in the Black Sea?

Second, there is the information war. Kremlin proxy voices are hard at work pushing three themes: that Ukraine is staging massacres to gain sympathy; that the West is gleefully starving the developing world by prolonging the conflict and impairing Ukraine’s trapped wheat exports; and that we are needlessly risking a nuclear war by supplying weapons to Ukraine and should therefore stop. In this, the fatigue phase, those narratives are designed to work like corrosive acid, until something, somewhere – like a Western parliament or a major political figure – suddenly snaps under the weight of public pressure. 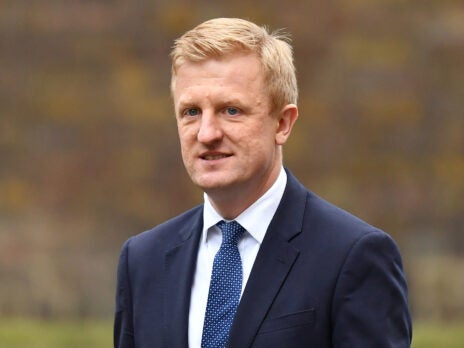 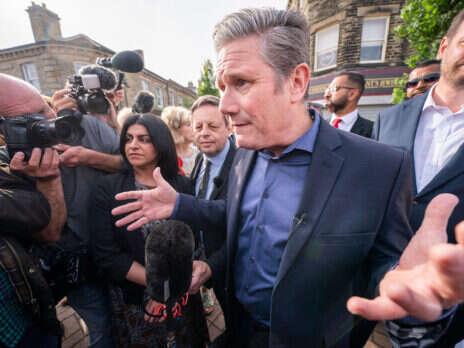 Third, there is the strategic level. All the security experts I speak to believe Putin’s aim is not just to conquer and neutralise Ukraine, destroying its language, culture and national identity – that is simply a means to a wider end. He wants to divide Nato, sideline the EU and force Joe Biden to deal directly in a game of power politics that allows Russia to take diplomatic control of eastern Europe.

If Putin were to succeed, the world we live in would be terrifying. And no matter how appalled you feel at the human results of the war, the Ukrainian people, by an overwhelming majority, want you to allow them to go on fighting it.

I have been involved in raising money for the supply of equipment to left-wing volunteers in the Ukrainian military and I can tell you they are still short of it. They love the fact that everyone has a Ukraine flag emoji in their social media bio; they would love it even more if they were getting long-range heavy weapons and the training needed to use such weapons as part of a comprehensive system on the battlefield.

On the ground, Putin has taken Severodonetsk by concentrating huge firepower in a small sector. He can do this not because the Ukrainian army is too small, or lacks the will to fight, but because it lacks a strategic reserve to threaten a devastating counter-attack.

We are now 100 days into the war and, had the Nato allies been serious from the start, that reserve could be close to formation. Instead we have drip-fed arms and ammunition into the conflict. Even now, following the belated US decision to supply the High Mobility Artillery Rocket System (Himars), the Western response looks like dither and delay.

Modern weapons work most effectively when they are part of a system: the long-range artillery we’ve just supplied can fire shells guided by lasers or even GPS; they can use radars, drones or other sensors to find their targets; the operations can be guided by satellite intelligence and electronic surveillance. That’s a system. But Ukraine only has the sharp end of the system, not the whole thing. That’s why it is losing ground, even as the arms arrive.

So I expect, at some point, that Putin will call it quits: dig trenches, bury bodies, freeze the conflict in place, issue illegal and outrageous new Russian ID documents to Ukrainians and – for good measure – declare the conquered territory part of the Russian Federation, making any attack on it a casus belli for a Third World War.

Then he will retain control of the Black Sea, where he can starve Africa and the Middle East, and remain capable of shutting down the central heating systems of half of Europe’s homes come winter. That’s why training and arming hundreds of thousands of volunteers in Ukraine is vital. They must be allowed to go on fighting longer than Putin wants them to.

That’s where the information war and the grand strategy kick in. The outright disinformation, and the glib calls from fake left politicians for “ceasefire and negotiations” were only ever the front end of a more sophisticated operation.

It will go like this: Putin declares an end to the offensive; numerous politicians and pundits rush to welcome it; pressure builds for an end to arms supplies; humanitarian voices claim the “imperialist” West is deliberately starving the Global South; for good measure, the captured fighters from the Azov Battalion are paraded on TV, confessing to be genocidal Nazis on pain of having their eyes gouged out.

All it has to do to work is to push the once enthusiastic European masses, who cheered Ukraine at Eurovision, to quietly take the flag emojis off their profiles; for politicians who stood enthusiastically on demonstrations to devote their efforts elsewhere; for one or more major Nato countries to demand a halt to arms supplies.

Strategically, using energy, information and food as weapons, Putin could still win. But so could we. The actions we’d need to take are pretty simple: arm and train a big Ukrainian counter-force to retake territory – with long-range weapons – and make the western Black Sea impassable to Russian naval forces.

To counter-attack in the information war – with Western political parties and movements pledging no end to Russian sanctions until Putin is handed over for trial, 1.5 million deported Ukrainians returned, and a large part of Russia’s sovereign wealth given to Ukraine as reparations.

Finally, to remain resolute at the strategic level. At the coming Nato summit in Madrid, we’ll see an alliance of peaceniks and the far left stage a demo calling for an end to “Nato aggression” and for the dissolution of the alliance. On the contrary, we need the balance of power in Nato to swing demonstrably towards the high-welfare, European allies.

They are on the front line of the battle for the 21st century. Their populations didn’t ask to be put there: they only wanted to watch Eurovision and the Champions League final. But even here, they can’t escape the evil that Putin has unleashed on the world.

The only response is resistance: militarily, through supporting Ukraine and rearming Europe; informational, by calling out the academics and political pundits who echo Putin’s lies; and strategic – by ensuring Nato becomes an alliance of real democracies, not flawed ones.

[See also: War in Ukraine: The second coming of Nato]

Topics in this article: Nato, The West, Vladimir Putin