TBILISI – If it weren’t for the ubiquitous “No War” stickers and Ukrainian flags, a visitor to Koshini, a new bar in the Georgian capital Tbilisi, could be forgiven for thinking they had been transplanted to a hipster district of Moscow. Virtually all those present on a recent summer’s night, from the bartenders to the patrons, were Russian-speakers. Most of them had only recently arrived in the Caucasian country.

The bar is a microcosm of the new Tbilisi. Hundreds of thousands of Russians have fled their country, fearing growing repression, rumours of imminent conscription or simply the effect of Western sanctions on living standards. Up to 100,000 Russian citizens are estimated to have headed to Georgia in the past few months, settling mostly in the capital.

As the screws tighten, open opposition to Vladimir Putin’s regime has become all but impossible within Russia. The government appears to be actively encouraging dissidents to emigrate. The president has spoken of the need for a “self-purification of society” from “scum and traitors”.

Vadim Prokhorov, a lawyer for the jailed opposition politician Ilya Yashin, claims that repression of dissent has reached Soviet levels. Yashin has been charged with “spreading false information about the Russian armed forces” for mentioning “the murder of civilians in Bucha”, a suburb of Kyiv where hundreds of Ukrainians were massacred by Russian soldiers during the month-long occupation at the start of the war. He claims the charges are designed to put pressure on him to leave the country. 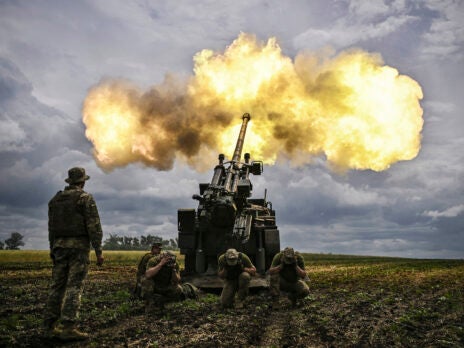 Living standards in Afghanistan have collapsed under the Taliban

Georgia – culturally and linguistically familiar, bordering Russia and visa-free for Russian citizens – has emerged as one of the leading destinations for émigrés. Many fled for political reasons. “You walk down the street and you run into opposition journalists, famous bloggers who are against Putin, or your friends who can’t go back to Russia – it’s kind of surreal,” Maria, 27, who worked in the now-shuttered Moscow office of a Western political foundation, told me from her new home.

Tbilisi is becoming one of the preeminent centres for Russian opposition activism and journalism, even as its government, committed for nearly 20 years to a pro-Western orientation, faces mounting accusations of cosying to Russia.

Daniil Chubar lived in Moscow before he fled to Tbilisi in early March. Disgusted by the war waged in his name, he and other Russian exiles co-founded Emigration for Action, an NGO helping to raise funds and buy medicine for Ukrainian refugees. “We understood that we cannot just sit here being completely safe and doing nothing,” he told me on the leafy terrace of an upscale restaurant overlooking the Stalinist architecture of Rustaveli Avenue, Tbilisi’s main thoroughfare.

Emigration for Action’s events, including film screenings and talks, are one part of Tbilisi’s growing Russian émigré society. The new arrivals have set up their own bars, frequented almost exclusively by Russian-speakers. Many socialise only among themselves. “I moved here with about 20 people I already knew well. I didn’t have to make any new friends,” Maria said. Many interviewees requested anonymity because they fear the consequences of publicly exposing their anti-regime views.

The opposition-minded Russians who have settled in Georgia are continuing the anti-Putin work now almost impossible in their native country. Journalists have set up newsrooms from which they continue to work for independent outlets banned in Russia. Anti-war activists organise protests and communicate with those still at home and in other popular destinations for émigrés, such as neighbouring Armenia or the Baltic states.

Georgia has been a relatively democratic country since the 2003 Rose Revolution brought the reformist president Mikheil Saakashvili to power. Putin’s 22 years in power, however, have all but destroyed whatever existed of Russian democracy. The arrival of people used to authoritarian repression in a relatively free country can lead to striking culture shocks. “At anti-war protests in Tbilisi, I would see the police and immediately be looking for a place to run,” Maria, used to attending opposition rallies in Moscow, said. “I had this instinct to always plan an escape route and make sure I can’t be surrounded. I couldn’t get rid of these thoughts even though I was at a completely safe protest where the police were protecting us.”

Still, many suspect the rapid emergence of Tbilisi as an opposition hub has not gone unnoticed by Moscow. Chubar believes his organisation’s events have been attended by agents of the Russian security services. “At one event, there was a guy who nobody knew, with a camera filming attendees.”

The Georgian government appears uneasy with its capital becoming a centre for the Russian opposition. Georgia depends heavily on Russian tourism, meaning the vast majority of Russian citizens are let in without any issue. However, several prominent opposition journalists and activists have been refused entry without explanation, though some were let in on their second or third try. These include Olga Borisova, a member of the band Pussy Riot, Insa Lander, an activist from the North Caucasus region of Russia, and Dave Frenkel, a journalist for the outlet Mediazona, now banned in Russia.

No reasons are given for entry being denied. “The border guards made me wait 14 hours before they gave me a document saying that I was denied entry to Georgia,” Frenkel said. “There was a list of grounds for refusal and I had a check next to ‘other reasons’. I travelled to Georgia last year without any issue… I was probably refused entry because the Russian authorities gave the Georgian government a list of journalists and political activists who shouldn’t be allowed entry – there is no other option.” Frenkel had been intending to settle in Georgia but went instead to Israel, where he says he will live until the Putin regime falls.

Georgian Dream, the governing party since 2012, has faced accusations of being pro-Russian from Ukraine and Western countries. Tbilisi refused to join Western sanctions on Moscow following the invasion. Government officials have baselessly accused the EU of wanting to “drag” Georgia into the war. That has led to a distinct cooling of relations with the West: in June, Ukraine and Moldova were granted EU candidate status but Georgia was left out.

A Georgian Dream source suggested that some Russians might be denied entry based on a blacklist compiled from open-source intelligence. However, they denied that such a list might originate with the Russian security services.

Georgia has benefited economically from the windfall of the Russian émigré wave. Giorgi Tskhakaia, a journalist for RealPolitika, an independent Georgian publication, said that the Georgian government argues, however disingenuously, that it is treading a fine line between maintaining its international reputation and not antagonising the Kremlin too much. “If Georgia were to become the centre of anti-Putin politics, it could be dangerous for us, especially considering we don’t have the protection of Nato membership.”

Russia fought a short war with Georgia in 2008, which many now see as foreshadowing its invasion of Ukraine. Moscow continues to occupy two regions of Georgia, Abkhazia and South Ossetia, giving it permanent leverage over the country. South Ossetia is less than a kilometre from Georgia’s main east-west highway at one point, giving Moscow the option to easily sever the country in two.

Tbilisi is draped in Ukrainian flags. Many locals have reacted uneasily to the influx of Muscovites with Moscow-sized salaries and savings. Rents and prices have exploded in the capital of one of Europe’s poorest countries. Some Georgians bristle at what they perceive as a colonialist attitude from Russians, whom they accuse of harbouring patronising Soviet-era views of their southern neighbour as an only half-sovereign holiday destination. Few Russians make the effort to learn to read the undulating forms of Georgia’s unique alphabet.

“No Russian is welcome, good or bad,” reads a graffito scribbled on a wall in Marjanishvili, a trendy area of Tbilisi popular with Russians.

It seems likely that Tbilisi will remain one of the centres for anti-Putin activity by émigré Russians, despite the uneasy political situation. Georgia is too heavily dependent on Russian tourism to introduce a visa regime for Russian citizens: most of those without too high a public profile will continue to be able to enter without issue.

Those who have made it to Georgia have no illusions about how soon they will be able to topple the Putin regime. “It’s hard to reach people in Russia from abroad,” said Ilya, 26, who worked for what was one of Russia’s last independent media outlets before it was shut down this year. “Those still in the country are often annoyed by Russians like us who are abroad and lecturing them while we’re safe and they are not.”

But many say they have no choice but to stay, at least until political change in Russia. “I cannot imagine myself living anywhere else than Russia,” Chubar said. “But something needs to change for people like me to be safe there.”

[See also: Where might Putin try to “protect” next?]